UPDATED: The FAA and NTSB are investigating a midair collision outside of Houston, Texas, that claimed the lives of the pilot of a Cessna Caravan 208 and the pilot of a powered parachute. They were the only two aboard the two craft.

In our original story, we misidentified the second aircraft as a paraglider. According to Eric Farewell, a 2,000-plus hour paramotor pilot, instructor and the owner of one of the largest paramotoring schools in the world, said the second aircraft was, based on the photos he reviewed, a backpack style powered paraglider. Farewell told Plane & Pilot, “The paramotor pilot appears to have been struck from behind,” and added, “the cage is lodged in the leading edge of the 208) and either due to the impact, or by his own recognizance, has deployed his reserve parachute.” If the Caravan was cruising at a typical 180 knots, and hit the paramotor, which was likely traveling at around 30 knots, the rate of closure would have been around 150 knots.

Farewell said the accident raises a complaint among paramotor pilots rarely heard in the fixed-wing world that they are locked out of ADS-B collision avoidance. “While a paramotor pilot rarely flies that high, it IS legal… And there is no way for him to see an aircraft barreling up behind him.” With ADS-B, both the fixed-wing pilot and the paramotor pilot would have been able to detect the presence of the other and hopefully prevent the kind of tragic collision that killed both pilots in this incident.

The collision, according to preliminary and flight tracking information, happened at 4,800 feet. Video of the two crash sites shows the Caravan, operated by charter company Martinaire and headed to Victoria, in South Texas, utterly destroyed in the crash, certainly the majority of the damage due to hitting the ground at high speed and out of control. A photo published by a local news outlet showed half of the Caravan’s horizontal tail by itself in a field, though it’s not clear how far away from the main wreckage it is.

Footage of the site of the powered parachute show a conventional-looking parachute inflated by the local winds and a longer sail with its cords stretched out on the scrubby pastureland, with what appears to be the cocoon in which paragliders nestle themselves (for aerodynamics and comfort) between the two. A local news station reported that the body of the paraglider was found some distance from the crash site.

UPDATE: One person is dead after a small plane struck a paraglider near the Brazos River Monday morning.https://t.co/OtOt2UsUVD pic.twitter.com/cgoBaJ68kd

The question several people have asked us is, how could such a small craft take down a Cessna Caravan? Probably in one of a few different ways, but it can certainly happen and has. There are, in fact, numerous examples of planes crashing after hitting just parachutists. In one, a Skylane in New York State hit a parachutist. The collision broke the Skylane’s tail (and the parachutist’s leg). The Skylane crashed, with fatal results for all aboard, but the parachutist continued the descent and survived the collision.

It has already been a complicated investigation. We’ll update the story as details emerge. For more photos, check out KPRC’s coverage of the tragic midair. 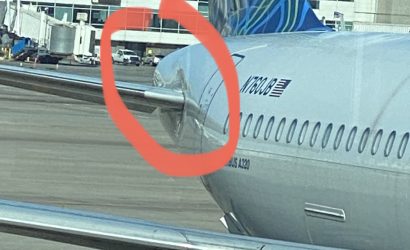 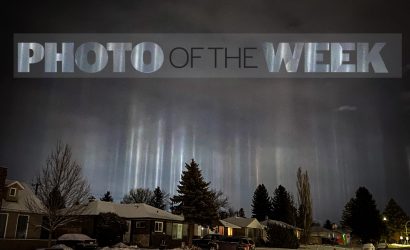 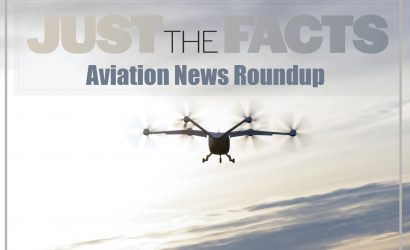