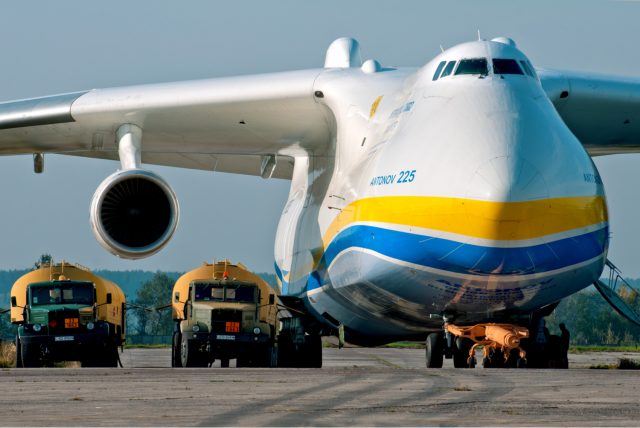 Back when everyone was trying to wrap their heads around the dissolution of the Soviet Union, when the change was still so new that it hadn’t eliminated many of the restrictions of the totalitarian USSR while still kindling hopes that it would, I had the chance to visit Ukraine. It was a time when the dreams of a strong and independent confederacy were at their height, and I was part of a contingent of Western journalists invited by the Commonwealth of Independent States for a trip spanning six weeks and hopping from Kyiv to Moscow to St. Petersburg, all on the CIS’ ruble. I saw so much during that time, much of it truly scary, including political corruption and organized crime that was integral to people’s daily lives. Still, through the cracks in the facade, I came to understand at least a little the nature of the ousted regime and a lot about the Ukrainian people.

One memory that stands out today, as Putin executes a brutal invasion of a sovereign Ukraine, is the time I got the chance to meet the beast of Gostomel, the Antonov An-225, the world’s mightiest airplane then and now. I fell in love with every bit of the dream.

It was a remarkable point in history. With the blessing of newly elected leader Boris Yeltsin and a cast of generally pro-democracy leaders, many of them largely ignorant of the nature of democracy and freedom, I got to see the former Soviet Union in mid-transition from an authoritarian superpower to what we all hoped would be a free, or at least a much freer, nation, or collection of nations. We weren’t sure what form it would ultimately take, but it was bound to be something better than what the USSR had been. There was a spirit of engagement with the West, with an eye to economic progress, including hoped-for gains in economic mobility and civil rights, though there was far to go in each of those arenas. And in 1993, that spirit of optimism was nowhere more palpable than in Kyiv. Hosted by the CIS, we attended Swan Lake at the Kiev Ballet—mindblowingly beautiful—toured a recreation of a pre-Soviet Ukrainian village outside of Kyiv, took in the sights of the city, stepping to the front of every line ahead of paying local patrons who knew not to object. And I went flying, too.

Our trip to the Commonwealth was surreal from the start, day after day of cultural overload, one that ended almost every night with a reception by local leaders praising the progress with shots of homemade vodka served up by a seemingly endless parade of heartfelt toasts. After each toast, every one of the 30-odd people at the single, long dinner table would be expected to raise their vodka glass and drink the contents down with gusto, an expectation that was rigorously enforced, albeit with a broad smile and many jokes, no exceptions allowed. After a couple of these marathons, I too began to give toasts, with the assistance of our tour guide/interpreter, that is. I cast the praises broadly, gushing with largely genuine praise for our hosts and our host nation, as I waxed on about their spirit of camaraderie and our shared future of democratic progress. The longer I could make each toast last, I calculated, the fewer shots of vodka I and my fellow journalist friends would have to endure. It was only marginally effective but unmitigated fun.

Somehow during my short time in Kyiv, which was so long ago that we all still pronounced it “kee-Evv” and spelled it out “Kiev,” I came to understand that the Ukrainian people, despite 70-plus years of Soviet (read: Russian) domination, still took fierce pride in their language and national identity. And no small part of that pride was in their creation of remarkable aircraft both great and small.

Somewhere between shots and toasts, I got the opportunity to go flying with a local man, an aeronautical engineer in an economic system that was broken by design who made the equivalent of $5,000 U.S. dollars a year. The flight was in a two-seat ultralight, a type referred to as a trike, a delta-winged affair with a small chariot hinged underneath the wing and in which we sat side by side. After taking off from a small grass strip surrounded by trees and littered with abandoned radial-engine trainers, we headed aloft, but not very high. And he handed over control of the trike to me, ignorant at first of the fact that I’d never flown a trike before. He tutored me kindly as I figured out how to fly the thing—the trick is simply to watch the wing out of the upper corner of your eye and make it do what every pilot knows a wing must. After I’d figured that out, I did most of the flying while he did the navigating, a job that consisted entirely of his pointing in the direction he wanted me to fly while narrating, almost entirely in in Ukrainian, or so I presumed, as I understood not a word of the language, the wonders of the vistas below. It was never very far below. We stayed low enough for the entire trip that we could have made out the facial expressions of the people below, though there were only empty fields. I’m not being more specific about our altitude because it would be a guess: There were no flight instruments.

As we approached a larger airport, I realized that it wasn’t just any airfield but, rather, a large military, or military-looking installation, the kind that American pilots tend to avoid with an immediate 180 degree turn. The airport, I learned the next day, was Gostomel, home to Antonov Aircraft and also to the An-225, the world’s largest airplane, which was just a few years old at the time. I did know that Mryia, in English, The Dream, as it had achieved achieved aviation fame and for good reason. Not only was it huge; it was mighty as well, the heaviest-lifting aircraft in history (again, both then and now). I’d have been more spellbound by the view below our tiny craft, but my immediate concern was, understandably, that we would be shot from the sky as we made a beeline for the center of the field. I pantomimed my urgent concern to my pilot friend, who assured me, with excellent pantomime skills of his own, not to worry.

He was right. We were fine. We flew unannounced a thousand feet (or so) over the top of Gostomel and did a couple of lazy circles to take in the sight of the leviathan below us, all without attracting the attention of the anti-aircraft guns I assumed were in place to protect the joint, not that such power would have been needed… a couple of squeezes from a Kalashnikov would have done the trick. No volleys were forthcoming, and with little ado, we returned to the ultralight strip.

It was the next day that the group was slated to tour the airport and Antonov’s facilities there. We arrived and were greeted as long lost friends. In the spirit of either Glasnost or sheer complacency, they let us wander freely and take photographs without restriction. I still have those 35mm slides somewhere.

Our hosts clearly understood what the main attraction was, the big plane, so they wasted little time in putting us in Cold War-era minivans and transporting us to where two giants, the An-225 and its predecessor, the An-124, were parked. As you might know, both aircraft were developed, one after the other, the 225 expressly to transport the Soviet Union’s space shuttle, Buran, and both, in later years, would become cargo planes for massive payloads, both in terms of weight and size, that could squeeze into no other aircraft in the world. Unlike the An-124, which was serially produced, the 225 was truly one of a kind. There is a second uncompleted fuselage, its condition currently unknown, at Gostomel, where it has sat collecting dust these past couple of decades.

We toured both aircraft, but I don’t remember much of the little brother. It was the An-225 that captivated all of us, and its cargo hold was the main attraction. It was massive, like a grand hall or the inside of a steel frame factory intended for constructing smaller airplanes. I’ve never seen a photograph that comes close to capturing the enormity of it. My immediate thought was that there would have been plenty of room for the bunch of us Yanks to have played an impromptu game of American-style touch football, with enough space for long, lazy passes. But it wasn’t just the scale—the construction was remarkable, too. I remember getting the immediate impression that this airplane was hand-made, crafted with great precision but with a Brutalist robustness that’s a hallmark of Soviet-era design, a style that many abhor but that I have always adored.

The highlight of the tour for every one of us who dared—I certainly did—was a climb up into the upper reaches of the tail of the beast. I don’t recall the details, except that it was a long-ladder journey to a height that seemed impossibly great for the confines of a single aircraft. And it was not a tight squeeze either. The width of the interior of the vertical tail was arms wide.

Later that evening as we ate caviar and tomato slices and drank repeatedly from a bottomless shot glass of vodka with local aeronautical engineers, it became clear that the An-225 wasn’t a Soviet or Russian aircraft, not in the minds of our Ukrainian hosts at least. It was, rather, a wholly Ukrainian marvel, one that showed the skill and vision and capability of a proud and independent people who, as the promise of a new world loomed, dared to dream and dream big.

That was 30 years ago now, but it’s clear from the news of the courage in the face of a brutal Russian onslaught that none of that has changed. And if the Russians think they can steal those kinds of dreams from such a people with guns and tanks, they don’t understand the nature or power of dreams like those.

Want to get a feel for how massive the An-225 is? Check out this close-up video of it coming in to land!

Mriya – You will always be remembered! We pay tribute to the world’s largest transporter!

Ukraine’s Minister of Foreign Affairs confirming the news the world’s largest cargo aircraft, the Antonov #AN225, has been destroyed at Hostomel Airport outside Kyiv. 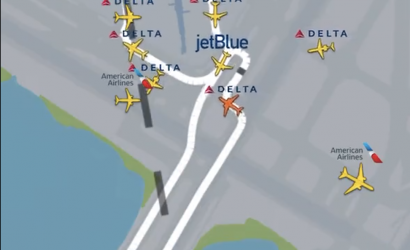