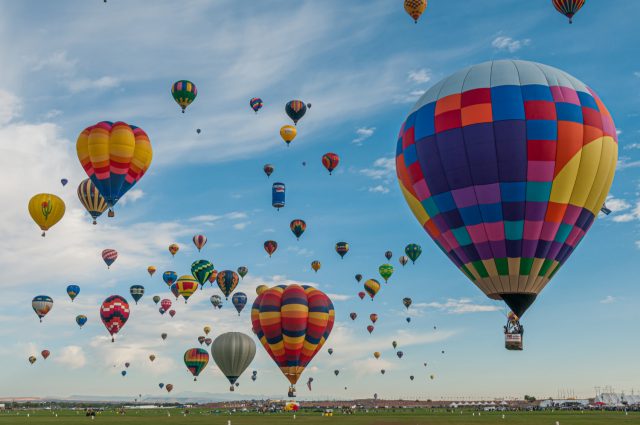 The Albuquerque International Balloon Fiesta, the world’s largest event of its kind, happens every October between the Rio Grande River and the Sandia Mountains at the northern edge of the Albuquerque Class C airspace. But its international attention has made the city into a year-round destination for seekers of sightseeing moments only possible from balloons. Now, local balloon operators are concerned about their businesses’ continued viability under restrictions imposed by the 2020 ADS-B Out regulations.

The FAA generally provides airspace waivers for balloon festivals, though it hasn’t for the coming festival, but Albuquerque-based operators are feeling strangled during the other 11 months. Before the 2020 mandate, they enjoyed year-round access to the Class C airspace— and the incomparable view it affords—by mounting a Mode C transponder in their balloons, but rules for ADS-B Out dictate that non-equipped aircraft, including balloons, must remain outside Class B and C airspace. That means no more profitable balloon flights over downtown, and flights would be limited to roughly 2,000 feet AGL under the outer shelf of the airspace. One balloon ride operator quipped that balloons, “…aren’t equipped with steering wheels,” and noted that the winds they need often require them to climb into Class C airspace, which they cannot legally do without an ADS-B transponder.

In discussing the situation with the Albuquerque Journal, one operator called the now-off-limits Class C airspace a “huge problem” for his business and said the “days are done” to see balloons flying over downtown Albuquerque. Another operator, which typically provides about 25,000 balloon rides per year in Albuquerque, explained that he has already canceled “lots of flights” and may have to lay off some of his 80 employees. The same operator suggested to the Journal that the local FSDO was not actively enforcing the 2020 regulation until September 2021.

A visit to the FAA site confirms what you already knew: ADS-B equipage regulations address fixed- and rotary-wing aircraft with robust electrical systems that support a WAAS-GPS source and transponder, while balloons (and gliders) generally have none of those things. 14 CFR 91.225(d) and (e) include equipment exemptions for balloons and gliders, but specifically require them to remain outside of Class B and Class C airspace, and below the ceiling of such airspace or 10,000 MSL, whichever is lower.