It was just another lazy weekend for most of the people who live in Central Alabama, but not for the young people and their families who made their way to historic Moton Field in Tuskegee, Alabama, on a Saturday morning late last month, some of them driving hours to get to the site where the world-famous Tuskegee Airmen trained for their heroic service in World War II for a very special event.

They were there to participate in Legacy Flight Academy’s Eyes Above the Horizon event, the first since 2019, due to the pandemic. That last meeting was extra special, as it featured Tuskegee Airmen Brigadier General Charles McGee, who passed away earlier this year. His presence was surely in the air. 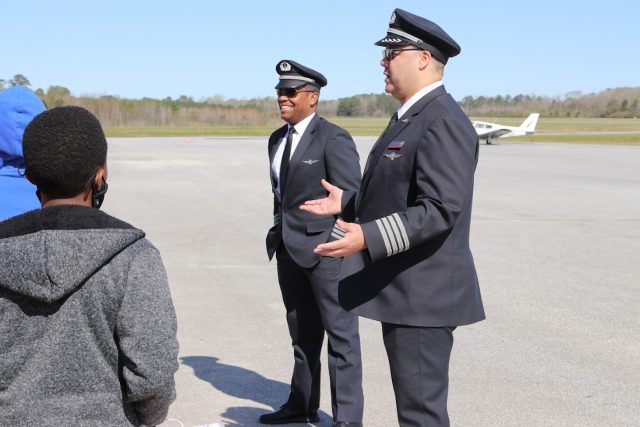 Legacy Flight Academy (LFA) puts on programs across the United States in order to highlight  STEM and aerospace career opportunities to young people from historically underserved and underrepresented communities. The organization is supported, it says, by a combination of “generous donors, sponsors and community members” in order to make its events happen. It just completed its annual Tuskegee99™ fundraiser and is making plans for the next Eyes Above the Horizon event

Michelle Adams, a parent of an Eyes Above the Horizon attendee said, “We were so excited to hear that this program was coming to Alabama. My husband, son, and I got up at 3 AM to drive here to have this opportunity.” And by all accounts, it was a terrific opportunity. Students who attended got to experience “the thrill of flight at Moton Field,” and for most of them, it was their first flight ever. In addition, students also got the chance to meet and speak with military and commercial airline pilots who were there for the event. For underrepresented young people, seeing someone who looks like you doing your dream job, well, that’s priceless. 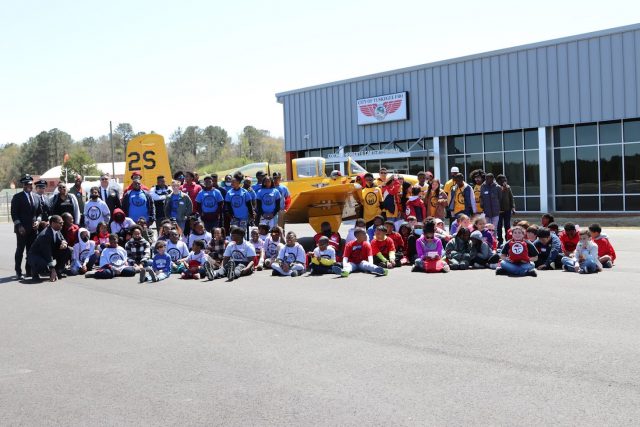 According to LFA “The Red Tail Scholarship Foundation and Box Aviation flew a lot of the students and we were also able to tour the Tuskegee Airmen National Historic Site as a part of our character lessons.” And aerospace giant Boeing put on a STEM workshop. Aviation Supplies and Academics, Inc. provided its “Plotting Your Course” materials to give students perspective on a future aviation career.

“You just never know the impact you will have,” said Dean Hall, Eyes Above the Horizon™-Tuskegee, Event Manager. “I met a little kid five or six years ago at an Eyes Above the Horizon™ event, and his parents found me today to share that he plans on going to the US Air Force Academy to become a pilot. This is why we do what we do.”