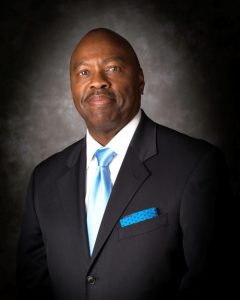 President Joe Biden has nominated Phil Washington, the current head of Denver International Airport (DIA), to the position of Administrator for the Federal Aviation Administration. This nomination was not a total surprise as news leaked several weeks ago that he was being strongly considered for the role.

After spending 20 years in the army, Washington worked in various roles in the public transportation sector. The DIA top position was his first job with direct engagement in aviation.

After rumors emerged last month of Washington’s possible nomination, Denver Councilman Kevin Flynn told the Denver Post, “I never thought I’d be in a position of asking someone to turn down a White House appointment, but I believe this puts our airport status into such uncertainty.” Washington’s performance as head of DIA has been generally met with very positive reviews, with several Denver city council members publicly stating that this will be a big loss for the city.

With the current issues plaguing the airline industry, most notably the high percentage of airline flight cancellations, along with the recent controversies and difficulties surrounding the Boeing 737 Max, his outsider status and expertise in public transportation administration may just be the ticket to right the ship.

Experts are divided on Washington’s nomination. One suggested that his relative lack of industry connection might be a good thing following an administrator who had close ties to the airline industry and under whose watch the FAA was found to have been negligent in its oversight of the Boeing 737 Max certification process.

After Washington was nominated to the top job at DIA in June of 2021, he told The Denver Post “I interacted with the FAA and airports around the country in evaluating the state of the U.S. Department of Transportation.” Washington’s success at DIA and visibility attracted the attention of the White House and contributed to his nomination.

The date of his nomination hearing has not yet been announced. Plane & Pilot will continue to watch for the hearings and report on those results.