The last thing the nine skydivers and two pilots expected on their skydiving mission from some time ago would be surviving a midair collision and jumping out of their respective aircraft to save their lives.  That’s exactly what happened in Northwest Wisconsin near Lake Superior on what started out to be a routine skydiving jump for the participants of both aircraft, which not coincidently were flying in formation for their “sunset” skydive.

At 12,000 feet and moments away from the final jump of the day, the two airplanes carrying skydivers struck each other midair. The resulting collision sent all those that were perched on the step on both aircraft tumbling out of the open doors. For those that were still inside the airplanes, they wasted no time and proceeded to exit and jump post haste.

The jump airplane that sustained the most damage, a Cessna 182, lost one of its wings from the impact. The pilot of that aircraft made a safe egress and deployed his chute. The airplane sustained substantial damage during the subsequent crash.

With more than a little luck on his side, the pilot of the second aircraft, which was also damaged, landed safely from the point of departure. All 9 skydivers and 2 two pilots aboard survived this incredible event with no injuries, but with a story to tell for days, weeks and years to come.

While this incident happened a while back, it has gone viral once more, and we’d been bombarded with questions about it. Our takeaways: Sometimes it really is better to be lucky than good, though the ultimate goal of any pilot should be to avoid having to pull off any kind of heroic efforts. 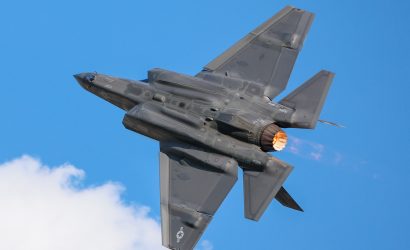