It’s been a bad stretch of years for Boeing, what with the pandemic slowdown in air travel, the entire 737 MAX debacle, the resultant black eye the company got over its terribly flawed actions in certificating and marketing the MAX, and I’m probably forgetting a few other things. So when a United Airlines 777’s right engine ate itself up, a failure known as an “uncontained engine failure,” Boeing fan boys, even ones who should know better, made a valiant effort to shield the company from any blame for the incident. And the argument some are making is disturbing, irresponsible and flat-out incorrect—which, of course, was the case with some of their same arguments in the wake of the two 737 MAX catastrophes.

What they’re saying about United Airlines Flight 328 is that it’s not Boeing’s fault. Not in any way. The argument is that since the engine was manufactured by a contractor, Pratt & Whitney, the blame should fall on them and not Boeing. They were blameless!

And there is some truth to it, but not much. And even given that grain of truth, the remainder of the story is a veritable beach full of reasons that support the common sense notion that Boeing bears responsibility.

Their argument is temptingly reductivist. Boeing simply took the part, in this case a giant engine, out of the big box it came from and bolted it onto the wing and that was that. If the engine fails, not Boeing’s fault. They were the victim of a contractor’s shoddy work.

This is a juvenile and insulting argument in two major respects. First, Boeing, as the manufacturer of record of the airplane known as the 777-200, has a moral and legal responsibility for the performance of the plane. If Ford had subcontracted out the gas tank in its Pinto subcompact model back in the 1970s, would the nameplate maker have borne no responsibility for the explosions that resulted in hundreds of cases when the cars were struck from behind? It’s a silly question. Just about every complex vehicle sold in the world today is outfitted with parts from dozens or hundreds of various subcontractors. It’s the aircraft “maker” that studies, specs and procures the parts they assemble into a final product.

In the case of aircraft, they also have to show compliance of the parts with both type and production certification standards, proving that the part is designed properly and that it’s manufactured accurately and reliably. Not only that, but once it’s done all that, the manufacturer has to mate the part with other components on the aircraft. In the case of an aircraft engine, that means integrating the giant powerplant with fuel, hydraulic, structural, fire suppression and sensor suite systems. Those are all critical jobs not of the part supplier but of the manufacturer.

It’s a fatuous argument in another respect, as well. An aircraft manufacturer is also primarily responsible for determining the continuous airworthiness of the plane, under the applicable regulations, of course. So even after it slaps the engine onto the wing (as if), it has to figure out how to keep that engine healthy and spot incipient issues, like fatigue cracking that can destroy a fan blade and take the rest of the engine with it, even if the subcontractor works hand in hand with the manufacturer. That is precisely what the NTSB and FAA are looking into right now. Were Boeing and Pratt & Whitney’s maintenance procedures, including diagnostics, implemented properly, and if they were, were they sufficient?

One thing is certain. In the case of UAL 328, nobody spotted a fan blade that was ready to give up the ghost. That is not entirely Boeing’s fault, true, but as the manufacturer of record, it has the ultimate responsibility to ensure that its products are safe and stay that way, regardless of who made the part or system in question.

The buck stops with Boeing. That doesn’t mean there might not be blame to spread around to others. There very well might be. But naming subcontractors in no way insulates Boeing from its responsibilities. That is not only the way it is; that is the way it should be and must be. 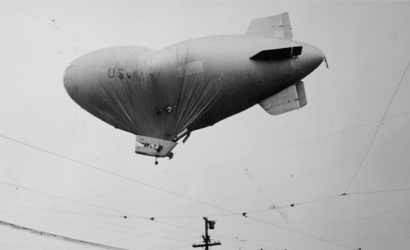 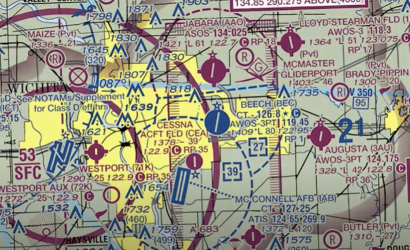