We’re skimming low over the Atlantic Ocean, some 80 miles southeast of Fort Lauderdale. Below us is a giant …
By Marc C. Lee, Photography by Jessica Ambats

He did so in a 60 hp Curtiss Model D, which was constructed from spruce, bamboo and doped linen, and …
By Jessica Ambats
Fantasy time: A shadow flashes across you as you walk toward the airport cafe …
By James Lawrence

It’s hard to believe it has been 10 years since Cirrus launched the SR22. It’s doubtful that many people had any idea that, from its humble beginnings in 1984, the company that brothers Alan and Dale Klapmeier built would produce what would become the world’s best-selling single-engine piston aircraft.
To access this content, you must purchase Plane and Pilot Membership.
By Marc C. Lee, Photography by Jessica Ambats
Join the Plane & Pilot team for a behind the scenes look at putting together an air-to-air photo flight …
By Ron Mohrhoff
Go behind the scenes on an air-to-air photo mission …
By Ron Mohrhoff
The Canadian Forces Snowbirds Demonstration Team performs at the 2010 Reno Air Races …
By Ron Mohrhoff
Astronaut and Reno racer Robert “Hoot” Gibson takes Plane & Pilot on an exclusive tour of the Unlimited Pits at the …
By Ron Mohrhoff
After losing the engine in Voodoo, a P-51D Mustang, racer Will Whiteside makes a safe landing on Stead Field …
By Ron Mohrhoff
Advertisement
Advertisement 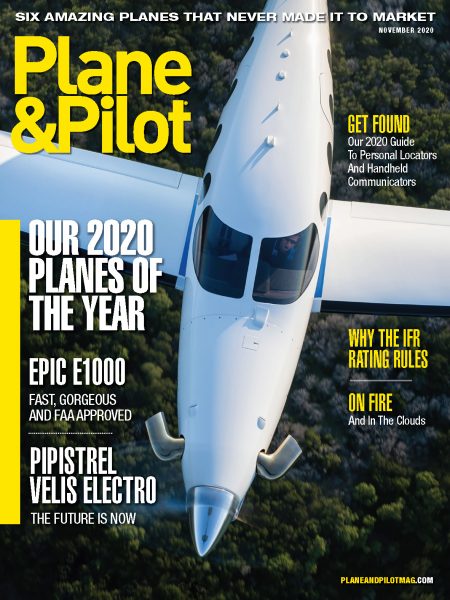