Managing risk is a full-time job, no matter the size, speed or cost of the airplane. Our friends in the military live in a world where risk is baked into the equation. Flying fighter jets a couple feet apart like the Thunderbirds or Blue Angels, simulated air-to-air combat at Red Flag exercises or TOPGUN, or challenging rescue and logistic missions in transport aircraft and helicopters all involve elevated levels of risk. Yet the safety record of these intrepid aviators who fly on the edges of the envelope is exemplary. So, how do they do that?

The first step is accepting that risk is present in every type of aviation or human endeavor and then dealing with it. We go to an airshow and watch the Air Force Thunderbirds perform one thrilling maneuver after another. What we don’t see are the years of training, the detailed briefing before every flight, and the brutally honest debrief afterward. The Blue Angels debriefs can be so hypercritical that traditionally, each member says aloud, “Glad to be here, boss,” after each critique to remind themselves and the team of the value of this open and honest communication. As you might expect, these Right Stuff pilots have created their own vernacular to describe the types of risky behavior that can lead to incidents, accidents and fatalities. With the aid of some of this jet-age slang, let’s take a look at the top four categories of poor decision-making that catch up with pilots of all stripes every year.

When you hear fighter pilots talk about buffoonery, they are usually discussing poor decisions, either due to ignorance or intentional showing off. Webster defines a buffoon as a “ridiculous but amusing person, a clown.” In the non-aviation world, this type of activity is usually preceded by the phrase, “Hey, watch this,” followed by a stunt that does not end well. Unfortunately, YouTube, which contains much excellent aviation content, also contains its share of buffoonery, usually filmed by some innocent bystander, showing pilots behaving badly. Included are dangerous buzz jobs, unauthorized aerobatics, extremely low and fast passes close to unwitting spectators, and a potpourri of other dangerous maneuvers. These Darwin Award candidates demonstrate the entire spectrum of FAA hazardous attitudes. Impulsive, invulnerable, macho and anti-authority attitudes are all on display. Thankfully, this hardy band of scofflaws are few and far between, but it behooves us all to keep an eye out for them and avoid adopting any of those attitudes ourselves.

What causes normally careful, safe and sane pilots to suddenly make an incredibly poor decision that threatens life and limb? The statistics tell us that there are many culprits. Among these are fatigue, dehydration, oxygen debt, perceived pressure from passengers and loved ones, and good old-fashioned “get there-itis.” Fatigue and oxygen debt, especially when flying above 5,000 feet for long periods, can impair judgment in the same way as alcohol consumption. Our reflexes and speech patterns slow, and simple decisions become more difficult.

We are more likely to fall into this trap after a long day in the sky, with equally tired passengers, very close to our destination. Suddenly, nearly empty fuel tanks seem to be able to carry us a couple extra miles magically. Those low clouds over that last ridgeline before home suddenly don’t really look that low, do they? Keeping tabs on our physical and mental state and a disciplined approach to inflight decisions can help. And setting realistic expectations for ourselves and our passengers about arrival times and schedules is important. However, this hazard is a bit more insidious, so we should always be on our guard.

Running Out Of Talent

If you watch NASCAR racing on TV, every so often, one of the top drivers will lose control, hit the wall hard, and earn a trip to the infield care center. When asked by the TV announcer what caused the accident, our hero might shrug and say, “I just ran out of talent!” It takes a lot of practice and a bit of talent to drive a race car or, for that matter, fly a plane! Unfortunately, the number one cause of general aviation accidents remains loss of control, which is aviation’s equivalent of “I ran out of talent.” Pilots still skittle off the edge of runways, land short or long, and commit a variety of other sins that bend metal and threaten life. Luckily, unlike race drivers who live on the edge, pilots tend to fly right down the middle of the envelope. However, just as race car drivers put in endless laps to hone their skills, pilots should have the same attitude about proficiency. As the saying goes, practice makes perfect, or at least safe and effective.

To be sure, the pandemic has thrown a curveball our way. While general aviation has remained available during the last couple of difficult years, flying hours have been down, cross country travel limited, and intentional practice, it stands to reason, may have suffered along the way. Now is a great time to find the local CFI and brush up on those crosswind landings, instrument approach procedures, and navigation in busy terminal airspace. Currency does not always equal competency, and anyway, your local CFI could use the business!

These three little words are some of the most dangerous in aviation. Simply put, if a pilot cuts corners, intentionally deviates from accepted procedure, and then repeats this often enough, it soon becomes the new standard. Substandard or even illegal procedures that are repeated eventually become the acceptable norm. The VFR pilot who flies into the clouds while scud running has probably slipped between the mountain ridges and the cloud bases several times before and gotten away with it. Pilots with poor checklist discipline are prime candidates for the dreaded gear-up landing.

Our friends in the military and the airlines are scrupulous about aircraft airworthiness, checklist discipline and following established procedures. However, many more general aviation accident reports than we would like to admit are replete with out-of-license airplanes, non-current pilots and checklist or procedural errors. Were these the primary cause of the accident? No, but each indicates a general lack of discipline, which can lead to something worse. Normalization of deviance is the most subtle of the hazards we face. It is an attitude that develops over time and then turns around to bite us when we are least prepared.

So, what should we think about all of this? If we are honest, we can all remember times when we made a poor decision and relied upon a bit of luck to complete a flight safely. Each of us may have a few bad habits that we have been meaning to get rid of. And once or twice, we may have come close to running out of talent and lived to tell the tale! Hopefully, these minor excursions into the danger zone have been learning experiences and make us stronger. The moral of this story is that pilots are simply human beings. As such, the decisions we make can be influenced by the presence and actions of others, our past experiences, and our own personality traits, good and bad. Managing risk is often about facing these challenges and responding in a mature, thoughtful and well-practiced manner.

So, the next time you go to the local airshow, take time to consider how the successful airshow pilots prepare for and fly their routines. The public thinks of them as daredevils, but we know better. Before each flight, they consider the weather, the crowd line and airport layout, then mentally rehearse their performance. The maneuvers, which look daring and dangerous to the crowd, have been practiced hundreds of times, with video reviewed after each flight. And these professionals are never afraid to call off a flight if the conditions are less than pre-determined minimums. Each one of these talented folks demonstrates risk management at its best. Fly safe.

Do you want more pro tips? Check out “Tips To Taxi To And From The Runway Safely.” 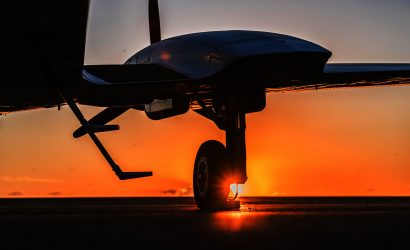 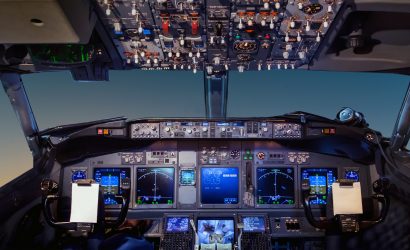 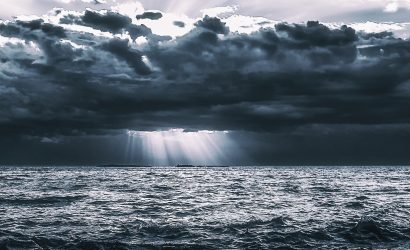