Many primary flight training customers come to training with the assumption that all instructors are pretty much the same, and training success is determined almost entirely by the talent of the learner. But it’s not true.

CFIs come in a number of varieties. Many become CFIs to build needed hours for their next flying job, and often those follow-on flying jobs are dictated by airline hiring. If the major airlines are hiring, they draw from regional carriers, and those companies hire, in turn, from the general pilot population. The number of flight hours you need varies with different carriers and is significantly influenced by the number of seats that carrier needs to fill.

I can remember an era when you needed 3,000 flight hours, an ATP certificate and a type rating to even submit an application to a major airline. If you made it through the interview, you would be subjected to a physical exam by its company doctor that would rival one a NASA astronaut endures. I can also remember when you could apply with some regional carriers if you had 300 hours and a commercial pilot certificate and could fog a mirror.

Then, as now, the place new commercial pilots start building those hours is flight instruction. This means that for many pilots, flight instruction is an entry-level job. These folks are building hours on your dollar and may not have developed the skills they need to be good at the job.

In short, go into this with your eyes open. Some flight instructors are dedicated to doing a great job, which means getting you ready to succeed at your flight test. Some are phoning it in.

Since you may not know how to evaluate whether the person you are going to be spending a lot of time and money with is going to help you achieve your flying goals, here’s a checklist of things to consider.

So maybe it’s time to have a sober-eyed look at your CFI’s performance and have a talk with them to get some important details you won’t learn about otherwise. Make it an interview, asking them the following questions, each of which will help you decide whether to go forward with them or look elsewhere.

That said, here are the yardsticks by which to measure your current or prospective CFI’s performance and/or potential, as well as some questions to ask them before making this important decision.

Remember, your CFI may be new to the game, but that doesn’t mean they aren’t a good instructor. So, don’t expect perfection, but do expect them to be in a position to help you achieve your goal—getting that ticket.

But one word of advice before that. Don’t sign up for ground school or expect your CFI to prepare you for the FAA Knowledge Test. Not many CFIs are gifted presenters, nor do they have the resources to develop the extraordinary presentation materials commercial providers can. These providers offer spectacular products that allow you to study at home for a cost far less than you would spend in traditional ground school.

They also provide sample test questions that are surprisingly similar to those you will see on the actual FAA Knowledge Test—just sayin’. Also, I highly recommend you complete the Knowledge Test before you ever start to fly. Attempting to do both simultaneously can be daunting, if not overwhelming. The FAA Knowledge Test is still largely short-term rote memorization. You’ve been honing this test-taking skill during your entire secondary school education and should be fairly good at it. After you pass the Knowledge Test, you have 24 months to finish your rating, so you have no reason to wait. Get it done!

Also, you should fully expect your CFI to develop your knowledge by using scenarios.

You will use the information you learned on the Knowledge Test, but in a very different way. Forget rote; to pass the ground portion of the FAA Practical Test, you’ll need to be able to apply that knowledge in scenarios developed by the evaluator. The skills required to recall information, apply it to a given scenario, and make a convincing oral argument may not currently be in your repertoire.

Unless you’re a practiced debater, these skills need to be developed; the only way you can do that is for your CFI to evaluate your knowledge using your scenarios. This level of ground training takes time, and even if your CFI is getting paid for ground time, the time spent with you on the ground does not put hours in their logbook…see the problem? The business model puts your goals and your CFI’s on different paths, so many CFIs don’t like to do in-depth ground training. I get it, but if your CFI can’t find the hours needed to sit down with you and evaluate your application of knowledge, fire them.

Expect your CFI to spend time introducing tasks in a simulator.

Modern simulators allow you to practice tasks and get feedback from the device on how well you performed, all at a fraction of the cost of doing so in the airplane. They also have the added benefit of being able to stop the airplane in flight, reset and try again. I’m partial to the Redbird FMX full-motion flight simulators, but if your school does not have one, Redbird makes desktop units that will mimic the flight characteristics of the airplane you’re flying, provide a guided discussion of the task, and score your performance…all for less than $3,000.

Weigh the cost of purchasing one of these for your Private and Instrument training against the hours you will spend in the airplane mastering the same tasks. For example, a school in Texas used Redbird simulators as an integrated part of its Private Pilot course and was consistently graduating pilots with 35 hours in the airplane and about 25 hours in the simulator, with a 96% first-time pass rate. Compare that to the cost of an average time of 70 to 80 hours in the airplane. If the simulators in your flight school don’t have these features, expect your CFI to spend the ground time needed until you have a firm grasp on the task before you try it in the air.

Expect to do most of the flying.

If your CFI has properly introduced the tasks on the ground, and you have practiced on the simulator, there’s no reason you shouldn’t be able to take the controls and give it a try. Your CFI should be able to coach you through the task, from taxi to landing. If you haven’t practiced in a simulator, your learning will naturally take substantially longer, and you expect more demonstrations from your CFI.

“Many CFI candidates I test never instruct me on how to do a task; they just tell me what I did wrong.”

Expect your CFI to spend most of the time in the airplane explaining how.

There are three simple steps to effective flight instruction: what, why and how. The what and why should be covered in the ground training; it makes no sense to get in the airplane to introduce a task if you don’t already know what you are trying to do and why you are doing it.

The majority of the instruction you get in the air should be how to do the task. Many CFI candidates I test never instruct me on how to do a task; they just tell me what I did wrong. “You were high on final,” “you need to stay on centerline when you taxi,” “you touched down too hard,” and the list goes on. Okay, I could just put a camera in the airplane and see that. How do I fix it? If your CFI isn’t explaining to you, not showing you, how to do the task, they don’t yet understand the learning process, and you are wasting a lot of time and money. Fire them.

Expect your instructor to treat you as a valued customer.

In my opinion, the most important aspect of your training will be based on the relationship you have with your CFI. If your CFI isn’t treating you with the time, energy and respect due you as a valued customer, one who is funding their flight hours, fire them immediately. After all, it’s your money.

Don’t misunderstand—good instructors, as well as bad, come in all ages and experience levels, and any worth your money will have no problems having an honest discussion of these topics.

A Pilot Reflects On The World’s Best Flight Instructor 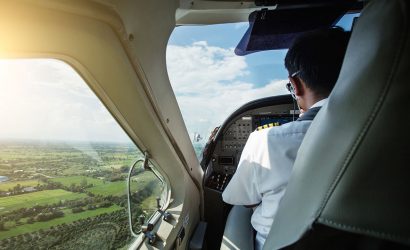 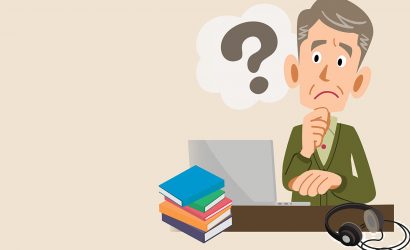