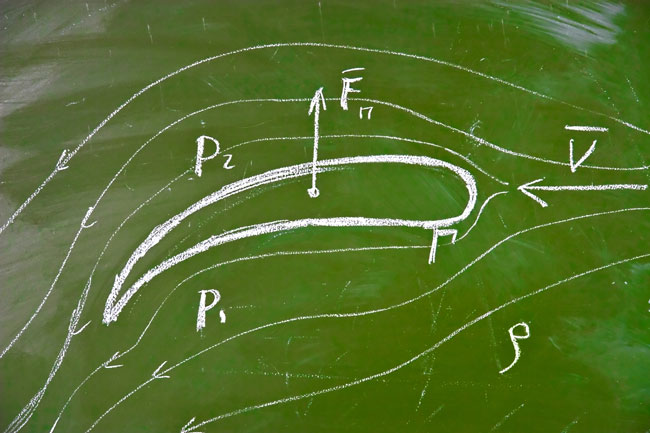 Paul Bertorelli recently published a piece on AVweb in which he copped to getting the theory of lift all-wrong. For years! And he rightly laid similar blame on flight instructors far and wide.

When it comes to the theory of lift, my sin was worse. Here’s my confession.

I’m not a CFI and don’t want to be one. I have tremendous respect and admiration for flight instructors. In fact, some of my best friends teach flying for a living. But I do write about aerodynamics, and I bring to it a perspective that aerodynamicists don’t have. I don’t really get the math. My brain is set up to crunch words and phrases and meaning to language, and math is a language that, perhaps because it’s so logical, makes little sense to me once you go much further than 10th-grade algebra. So when I write about lift and drag and their associated causes and effects, I write about it in a way that people more knowledgeable about it explain it to me. In a sense, I’m a science translator.

When it comes to the theory of lift, as well as a number of other theories, as a pilot, my approach has always been, “tell me what the FAA wants to hear on the written test and leave me alone.” It’s a horrifying attitude, I admit. But it’s the same attitude I have about software. I’m glad other people know how to write it.

Hear me out. The theory of lift is really important, crucial, critical stuff for pilots to understand because without knowing it, they would, umm, they could… errr…they might, uhhh…. Yup, I’m drawing a blank. What are the potential consequences are for a pilot who doesn’t get the theory of lift. The theory of angle of attack. Yes! Stall speed increasing as a function of G-loading. Gotta understand it. But the theory of lift? It has no practical use so far as I can see. When’s the last time an airplane stopped flying because the pilot just didn’t get Bernoulli?

And thank goodness they don’t stop flying, because as it turns out, what Bertorelli and not Bernoulli was saying was right on the money. The way we as an industry have been teaching lift forever has been wrong.

I know because I researched it for a piece in our series called Mysteries of Flight, in which we take a topic that’s controversial and dig until I’ve tracked down the most plausible answer. In the case of the theory of lift, the answer I unearthed was that lift is created in a way that combines both Newtonian and Bernoullian physics, taking into account theories that I don’t fully understand about how moving air and moving surfaces interact. In short, it’s too complicated for many pilots to understand. It doesn’t mean that it’s not important, just that it’s not practical knowledge, which was my view all along.

It might be frustrating to accept that a theory that so underpins what we do is too complex to be rendered into a sound bite, but that’s the fact of the matter. The same is true, however, for the way the atoms that make up the molecules that make up the alloys that make up our planes’ structures work. But thank goodness I don’t need to thoroughly understand quarks and neutrinos to simply go flying.