The two most-asked questions in an airline glass cockpit are, “What is it doing?” and “Why is it doing that?” If you haven’t watched the NTSB public hearing on the February 2019 Atlas Air crash into Trinity Bay, Texas, it is worth a search on YouTube. While the NTSB is clear that this is a pilot performance accident, the opening problem was an accidental activation of the takeoff and go around (TOGA) switch. The TOGA function, which is part of many small-plane cockpits today, sends the aircraft into a steady, but. in the case of Atlas Air, completely unexpected climb. The pilot’s reaction to this surprise activation of the automated flight system resulted in a fatal crash 31 seconds later. So, what does this have to do with me and my trusty Cessna, Beechcraft or Piper? Lots.

In 2019, retrofit avionics sales made up more than half of a rapidly increasing market. By simply foregoing the purchase of that new car or a remodeled kitchen, aircraft owners are upgrading to flat-panel displays, engine management systems and full-featured autopilots. The low prices and great capability of these upgrades make a lot of sense. They yield a like-new aircraft that is significantly cheaper, more reliable and capable than current production models, and usually just as fast.

However, automation, while giving us more capability, is also more nuanced and, as such, more demanding of our attention. While the displays are bright and shiny, and the features hard to miss, spotting and understanding the failure mode cues may be less obvious. In the good old days, if the VOR was on the blink, a bright red flag signaled the pilot to look elsewhere for guidance. Today, a failure of the automation to intercept the glideslope, the autopilot to sequence, or the aircraft to level off might be signaled simply by the color of the upcoming course line, a failure message, the lack of a lighted switch to illuminate, or a quiet transition to heading mode. In most cases, the avionics are just fine; it’s the pilot who is behind the programming curve.

Here’s an example of how new, digital systems have more built-in mistakes waiting for you. Take your trusty old VOR. It would allow the pilot to attempt an intercept from any old angle. However, the programming of modern systems is guided by a set of internal rules. Some very popular systems limit intercept at the Final Approach Fix to 45 degrees. How many of us have loaded, but not activated, the final approach? This subtle failure, often indicated by the color of the course line, can result in the autopilot flying through final. In the case of the VOR, changing frequencies was a matter of clicks. With keyboards, it may take several head-down typed commands to regain good order and discipline. Let’s have a show of hands here, during how many flight reviews has the pilot mistyped a new fix in the GPS? Then while hurriedly erasing and retyping the correct fix, the aircraft heading drifted off by 30 to 40 degrees? I suspect we are all guilty of that one, or at least something similar.

Getting back to Atlas Air, according to the NTSB, the activation of the TOGA mode did not cause the accident. Rather, “the pilot’s incorrect response” to the surprise automation input was at fault. Things happen a bit slower in our piston-powered aluminum and composite wonders, but the wrong response or the failure to interpret automation cues can be just as problematic. So how do we fix this?

Many avionics manufacturers produce excellent GPS simulators for the iPad or desktop. These are often free and easy to use, and a pilot can pre-fly the next day’s flight while watching reruns of “Ice Pilots” on the Weather Channel. A few years ago, the owner of an expensive turboprop single had constructed a home simulator for the aircraft. This pilot pre-flew every flight at home the evening before. We can’t all afford this kind of device, but there are lower-cost options available. Better to make your mistakes during simulated flight than during the real thing.

Prepare for misprogramming, automation failure, or misinterpretation scenarios before you leave the ground. What if the aircraft flies through the final approach course because you forgot to activate the approach? Are you going to yank and bank while you hurriedly retype and re-load the approach? Or maybe just take your lumps and ask approach for vectors around for a second try? When and how you catch the error may have a lot to do with your answer. In all cases, acting with confidence versus reacting is usually the better course of action. Thinking this through ahead of time can really help.

“However, automation, while giving us more capability, is also more nuanced and, as such, more demanding of our attention.”

And Step Three: Always Know Who, Or What, Is Flying The Airplane

The standard joke is that two CFIs flying together are only twice as dangerous! So, let’s suppose we have two pilots…and an autopilot. Which of these three is in charge? If the left seater is “heads down” programming the electronic magic, is the right seat occupant “heads up” looking for traffic? If the PIC does not know “what the autopilot is doing” and “why it is doing that,” are they prepared to take manual control of the airplane smoothly? If the autopilot has a “recovery to level flight mode,” as do so many new ones, do we understand its benefits and limitations?

With so many technologically advanced aircraft in the air and a rapidly growing number of retrofitted glass cockpit legacy aircraft, it is probably a good time for each of us to review the pilot-machine-automation interface. There are lessons to be learned here from the “Big Iron” pilots, especially those out among us in general aviation. There are low-cost simulators and trainers out there on which to hone our skills. And above all, there is basic airmanship. The PIC should always be fully aware, confident and ready to be the one who’s actually flying the aircraft. 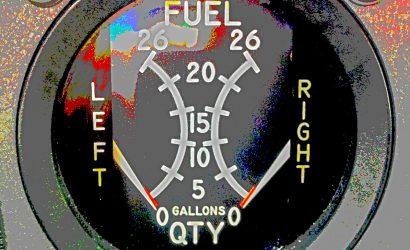 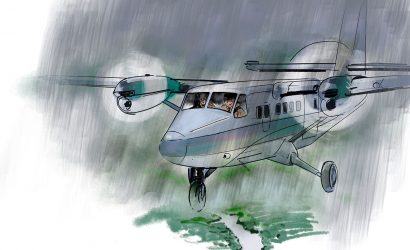 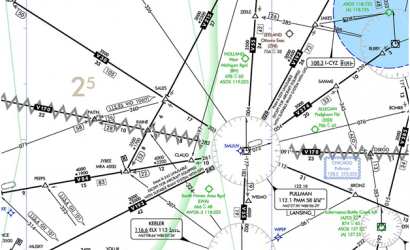