Battery-powered handheld radios are a staple of a pilot’s flight bag. Some remain buried under the barf bags awaiting the “unlikely event” of an electrical failure in flight. Other pilots enjoy using their handhelds regularly for checking ATIS before engine start and monitoring airport traffic just for fun.

Simple, communication-only handhelds start at around $200. Basic features you can expect are an LCD frequency display, probably with a battery-life icon; a choice of using a knob or lighted keypad for selecting frequencies; single-button access for 121.5 (emergency) and weather frequencies, along with automatic severe weather alerts from NOAA; and storage space for regularly used frequencies. Moving up the ladder in comm-only used units, you will probably see larger, higher-resolution displays and more options for storage as you spend more money.

There’s usually a tipping point in price when navigation features are added. Moving up the price points, it starts with just VOR frequencies, then VORs and localizers, full ILS capability with glideslope, and, lastly, GPS at the top of the product lines. All handhelds have the capability to plug your headset in, and that should be considered a virtual necessity in most cockpits due to the noisy environment.

As far as features go, if you intend the handheld to be for emergency use primarily, less is probably more. No one needs to be thumbing through the instruction manual while bouncing around in the clouds at night. You might even want to pack a “grab bag,” including a headset adapter and a Velcro push-to-talk switch all plugged in so you can access emergency comm capability with minimal effort. Depending on how intuitive it is to tune a frequency, you could tape a memory card to the outside of the radio with the necessary menu steps written out.

Many handhelds have nav capability—usually VORs, localizers, and, in some cases, full ILS capability. Only the top-of-the-line units have GPS. That makes sense in that most pilots already have pretty sophisticated emergency GPS nav access on a phone or tablet. But the tablet app can’t put you in touch with a controller or receive ILS frequencies.

Whatever your setup, take the time once a month or so to review your emergency plan. Even practice physically yanking the handheld from the bag and following your procedures. It can be reassuring to run a quick radio check with Unicom. And while it ought to go without saying, keep the battery charged or carry fresh AAs if that’s what your unit uses.

A basic comm unit, the A16 is compact, simple, weather-resistant, and durable. Its lithium-ion battery is rated at 17 hours use between charges and has a cradle rapid charger. With six watts’ transmitting power, it also has what Icom describes as “loud audio” specifically designed for aircraft cabins (though a headset would be advisable) and airport ramps where line personnel find the A16 a rugged, reliable communications tool. Other features include a choice of a knob or full keypad for entering frequencies, a dedicated button for 121.5 emergency frequency, automatic noise limiter, LCD backlit display, low-battery indicator, weather alert and more. The A16B—around $300—has all the features of the A16 plus Bluetooth connectivity for hands-free operation.

The A25C comm-only version of Icom’s A25 series features a large, 2.3-inch backlit LCD display with day and night modes, six watts of transmitting power, “flip-flop” channel selection, “smart” battery with status display, weather channel presets, 121.5 mHz emergency key, Bluetooth connectivity and more. For a few dollars extra, the A25N adds navigation capability, including GPS. It can store up to 300 user waypoints and 10 flight plans, loadable from a computer, tablet or phone via Bluetooth. The navigation display features a facsimile of a CDI and an omni bearing selector (OBS), a to-from indicator and an automatic bearing set system (ABSS) for setting the current course as a new course. The A25N does not include localizer or ILS frequencies. Like all Icom handhelds, it comes with a three-year warranty.

The step-up FTA-450L comm-only model from Yaesu has a larger 1.7-inch-square dot matrix display with Yaesu’s “advanced user interface” icon symbology. The display is backlit and includes a low-battery indicator. The FTA-450L also offers the option of using the included six-AA alkaline battery tray instead of the lithium-ion battery.

Yaesu’s 550 series adds VOR/LOC navigation capability (but not glideslope). Buyers can choose the version that includes a six-AA battery tray in addition to the rechargeable lithium-ion battery pack. When tuned to a VOR or localizer frequency, the 1.7-inch-square dot matrix dis- play shows a course deviation indicator, to-from arrow and an omni bearing selector.

With its two in-house models, Sporty’s embraces “simpler is better.” The comm-only “dead simple to operate” PJ2 is designed for one-handed operation. It also has PJ jacks for standard headset transmit-receive plugs, so no adapter is needed (unless your headset has the six-pin “LEMO” plug). The PJ2 has separate volume and squelch knobs and a choice of knob or keypad for entering frequencies. In the bad news-good news department, the PJ2 does not come with a lithium-ion battery. It uses AA alkalines since Sporty’s believes the batteries’ longer shelf life gives you a better chance of having a full charge when you need it most. But it does have a USB-C plug-in, so you can use an external portable phone charger.

The SP-400 has been around for decades and set the precedent for Sporty’s in-house “simpler is better” philosophy. Like the PJ2, it is designed to be capable but easy to operate with one hand. Unlike the PJ2, you will need a headset adapter, but the SP-400 does offer an optional lithium-ion rechargeable battery pack. Its eight-AA alkaline battery pack (two more than most) provides up to 40 hours of operation. But the big difference for the extra $100 is navigation capability, including full-ILS with glideslope. Sporty’s catalog listing for the SP-400 includes a testimonial from a buyer who describes how the SP-400 “saved my life” after an electrical failure on a dark and stormy night flight. 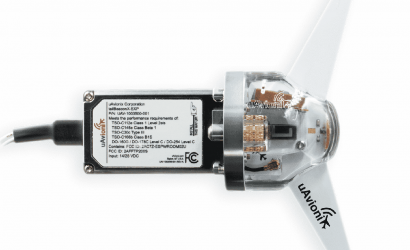 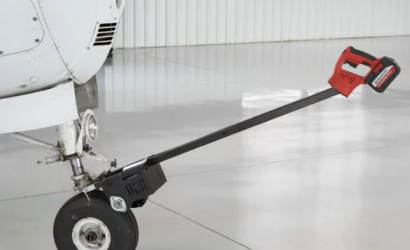