Sometime next month, I’ll write an entry in my logbook signifying that I’ve spent 15,000 hours flying airplanes. This strikes me as a momentous, but arbitrary number. Most people don’t keep a detailed log of their work hours, nor do they break those hours down into neat categories. Within my 15,000, I’ve spent just shy of 13,000 hours in multiengine aircraft—just over 4,000 hours in turboprops and about 9,000 hours in jet aircraft. I’ve made nearly 7,000 landings (some soft, and some, shall we say, firm).

15,000 sounds like a big number. When you cipher it out, that’s 1.71 years flying airplanes. When I reflect that each flight hour is accompanied by several hours of planning, pre- and post-flight inspections, van rides to and from airports, and, of course, many hours in hotel rooms, I’m sobered by the total. I get to do what I love but, in the process, have spent many hours away from the ones I love, my wife and kids.

What does it amount to, all this time? Does doing anything for 15,000 hours make you better, faster, stronger? Malcolm Gladwell, in his book Outliers, proposes that 10,000 hours of “deliberate practice” are required to become “world class” in any field. He profiles successful people who have reached the apex of their professions. Gladwell says that the Beatles, for example, were talented and lucky, but also, they practiced like crazy and spent more than the requisite 10,000 hours playing gigs before they hit it big. Lest you think I’m trying to cleverly include myself in this cohort, I’ll concede that the only thing I have in common with the Fab Four is that I have the same handsome nose as Ringo. 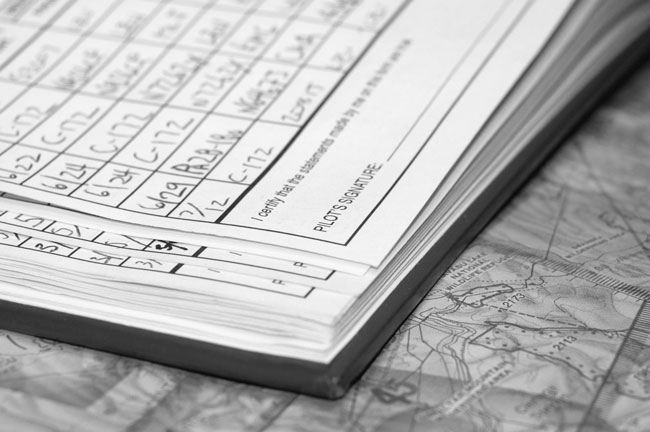 Some have criticized Gladwell’s theory. They cite studies showing that natural talent trumps practice and experience for predicting success. Gladwell admits, “Practice isn’t a sufficient condition for success. I could play chess for 100 years and I’ll never be a grandmaster. The point is simply that natural ability requires a huge investment of time in order to be made manifest.”

I’m with Gladwell. Native talent may be necessary for the loftier levels of success, but it’s not sufficient. Genetic predisposition was probably required for the phenomenon called Michael Jordan, but that, alone, wasn’t enough to make a superstar. Jordan had to take what he was given and work like mad to capitalize on it.

I was a flight instructor before becoming an airline pilot. I trained about 40 students in all. Included in that number were a smattering of naturally gifted pilots, a handful who lacked any “natural talent,” and the rest who fell in the middle of that continuum. Also, when I consider my former students, I find a few who worked their butts off every day, some who couldn’t be persuaded to put forth any effort, and the majority who, again, fell in the middle.

So, were the naturally talented folks also the hard workers? I never found such a relationship. When the two phenomena inhabited the same person, that person was unstoppable. But when a talented person refused to put forth the effort, he often failed. The inverse wasn’t necessarily true. Sometimes hard work and practice overcome a lack of inborn talent.

I’ll give you an example. My student, Mark, was assigned to me soon after I became an instructor. He was a hard worker. He came to the lessons well prepared and with his assigned reading completed. He had a deft touch on the yoke and didn’t struggle with the basics of aircraft control. He had an intuitive understanding of the relationship between thrust, drag, lift and weight. He sped through the syllabus in minimum hours. When it came time to let him solo, I had no reservations. Mark is now a pilot for a major airline, and I feel confident that he’s a good one. How could he not be?

Simultaneous with Mark’s enrollment, I was assigned a student named Linda. Linda was smart. She was, in fact, a mechanical engineer by trade when she decided to become a pilot. She was organized, thorough and hard working. As an engineer, she understood the physical forces and vectors involved in flight. What she didn’t have was “natural talent.” I think it was puzzling and demoralizing to her. She could explain it all, but couldn’t make it happen. She struggled with each maneuver. She did landings over and over, but she simply didn’t have that “seat of the pants” feeling. She couldn’t tell when she got too slow. She couldn’t tell when she was too fast. She flared too early. She flared too late. And she got frustrated. And I got frustrated. I did my best to cheer her up and keep her motivated. And Linda didn’t give up. She persevered. She’s now a pilot for a regional airline like mine, and I’m confident that she’s a good one.

Alan, talented and smart as I think he was, couldn’t be persuaded to study. He wanted to fly airplanes, not learn Bernoulli’s principle or FARs. Apparently, he didn’t learn them. He failed his first checkride before he ever set foot in the plane and made me look bad in the process. The check airman told me that Alan couldn’t explain basic VFR cloud clearance requirements. I can assure you that he was never put up for another checkride without a torturous grilling the night before. Alan went on to finish his private and then dropped out of the program. If he went on to the airlines, I never heard about it.

Talent is a great thing, if you have it, but hard work is necessary, and it gives the rest of us a fighting chance.

What about experience, the 15,000 hours? Talented or inept, hard worker or slacker, am I a better pilot now than I was at 100 hours, or 1,000? The answer is clearly, yes. Experience makes you better. It gives you a baseline for what normal is. After 7,000 landings, I’ve seen what too low looks like, and I’ve seen what too high looks like. Do I still make hard landings? Yes, but fewer of them. After listening to my little regional jet hum and buzz and whir for 9,000 hours, I have a pretty good sense of what sounds right. I know what problems are serious, and I know what problems are merely inconvenient. I’m better at setting priorities now that I’ve set the wrong priorities and dealt with the consequences. After flying in the clouds for many years, I can usually discriminate between a benign puffball and an angry towering cumulus. Do I always judge correctly? No, but I do so more often than I used to.

Oscar Wilde said, “Experience is simply the name we give our mistakes.” I say that experience makes you better because it gives you a catalog of mistakes to avoid in the future. How do you get to Carnegie Hall? Practice, practice, practice. Only by hitting a lot of sour notes do we learn to play the sweet ones.

A question I’ve been unable to answer is this: Are some types of experience better than others? Do hours spent in a modern airliner with a competent first officer at your side hone your flying skills like flying sorties over Iraq in an F-16? Does landing a Twin Otter on a gravel bar in Alaska make you a better pilot than practicing stalls in a Cherokee over the Florida Everglades? It’s hard to say. Are hours in the logbook just hours in the logbook? We all know, intuitively, that they’re not.

My 15,000 hours shuttling passengers between Dayton and Dulles is one kind of experience. Perhaps those hours haven’t had the impact of Lindbergh’s 33 over the Atlantic or Sully’s four minutes over New York City. But when I wake up my RJ on a crisp fall morning at O’Hare, and my smiling flight attendant offers me a hot cup of coffee, and a little girl on her way to grandma’s house in Des Moines sticks her head in the cockpit to give me a crayon drawing of me and my plane (with an extra arm and an extra wing?), I’m content. That’s the kind of experience that goes a long way in anybody’s logbook.

Dustin Joy is a Captain for a U.S. regional airline and a former flight instructor. He lives in western Illinois with his wife and three kids where he enjoys fishing, gardening, and beekeeping, none of which he’s very good at.