Whether your ground school was a set of video lessons or an instructor with a chalkboard, certainly at some point in every pilot’s training, the “Aviate, Navigate, Communicate” adage reared its head. I can still hear the old instructors drumming the message home. “Fly the plane and make sure that you’re not about to hit a mountain or a tower,” they’d preach. “You can pick up the microphone and worry about the controllers later.”

It’s a great idea when you’re training to fly alone. The world of multi-crew aircraft, however, comes with its own set of communication challenges. Captains and first officers can’t read minds; and then there’s the flight deck door. In addition to being intrusion-resistant, it can also hamper messages relayed between the cabin and the flight deck.

Communicating on the flight deck was one of the biggest challenges I faced when I joined the airline industry. After years of flying airplanes alone, I wasn’t used to having to explain myself. In a dual-pilot environment, the pilot flying is usually not the one talking on the radio or manipulating the landing gear and flaps. As a result, airlines have standardized procedures and profiles we fly so that there’s little guesswork involved. Still, when you get right down to it, learning to fly an airplane with an intermediary between you and the controller is a process.

Flight instruction is by far the most common stepping stone to flying at a regional carrier, so the question that pilots automatically ask a new hire is, “Where did you instruct?” My reply was quick and almost as automatic. “I was a mechanic. I was flying planes that were trying to kill me. I didn’t need students also trying for the same.” As I grew comfortable with the airline flying, though, I came to appreciate how much the communication skills of being an instructor would have helped.

In an emergency, communication and crew coordination are paramount. On a recent flight from Atlanta to Monterrey, Mexico, we were just above 10,000 feet when a flight attendant called in a near panic. “We’ve got someone back here in a seizure or convulsions.” 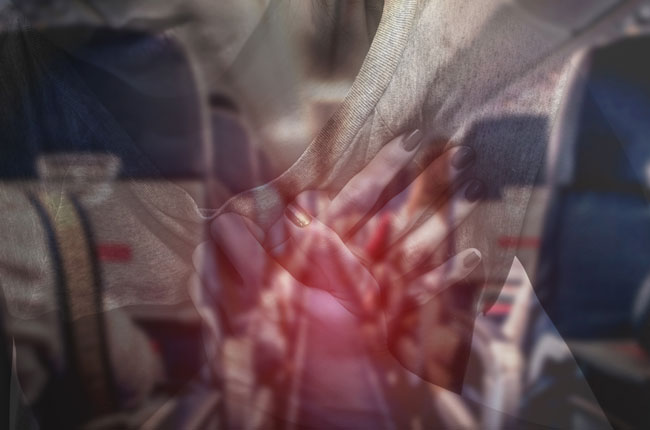 From the moment we declared an emergency, Atlanta cleared every obstacle from our path. That rule about 250 knots below 10,000 feet? Any speed you desire, they said. Emergency authority. All they asked of us was souls onboard, fuel onboard, and the nature of our emergency. The instinct to rush in moments like this is strong indeed.

The words of an old-timer ring true to this day—step one of most any emergency should be to stop, wind your watch, and make sure it’s properly set. The idea isn’t that the investigators will use your broken watch to reconstruct any part of the series of events. Instead, the goal is for you to take a deep breath, see what’s going on around you, and avoid rushing into any traps along the way. Unfortunately, when you’ve got someone just a few feet behind your seat experiencing a medical emergency, it’s mighty difficult to resist the urge to hurry along. When quick action is needed, it’s always good to consult some official guidance to ensure nothing gets missed. Our reference cards for landing speeds and performance assessments have a section with a diversion checklist. With that page opened up on the center console, we began the process of returning to Atlanta.

We performed a landing distance assessment to ensure we didn’t need one of the longer runways. Having burned off little of the seven-plus tons of fuel we’d left with, we needed a little consideration for the overweight landing ahead of us. CRJs have no means to dump fuel. While the overweight landing is not a big deal, we do have to notify maintenance. We needed a gate to park at. We called our dispatcher, who helped coordinate emergency responders and made preparations for the eventual continuation of our flight to Monterrey. The captain checked in with the flight attendants periodically to update them with our progress and to ask if they had any new information. While it seemed at times that he was spinning bald tires in a field of slush, he had the presence of mind to take a deep breath every once in a while to see what was developing. “Do you have everything you need? Is there anything I need to know that I missed out on while I was heads-down? Here’s what I’ve done; can you think of any bases I’ve failed to cover?” With those three questions answered, we went from two guys knocking out a long list of separate tasks to working as a coordinated team for the last few minutes of the flight.

As we neared the airport, the flight attendants relayed bits of information to us about the customer’s symptoms. Then they mentioned he wasn’t an English speaker. We relayed all this to the folks in Atlanta.

When we landed, medics whisked our patient off the plane and onto a gurney. We stayed on the plane to deal with the maintenance write-up for the overweight landing. Then we looked at our watches. The day was scheduled right at the limits of duty per FAR part 117. This pushed us well beyond that limit. One call to scheduling redirected a reserve crew to fly the trip. The captain and I were sent home for the night.

We stow our crew bags in the overhead bins at the very back of the airplane. As I made my way aft to retrieve mine, the captain leaned in close over my shoulder. “Hey, Jeremy, would you mind picking up my bag while you’re back there? I’ll buy you a beer at the next overnight.” I laughed and gave him grief for not wanting to wade back through the plane, but I went and pulled his bag down with mine. As I did, a passenger very politely asked for a moment of my time. The exhaustion of a long duty day coupled with the stress and exhilaration of what we’d just done hit me like a ton of bricks. I turned my bag sideways, collapsed the handle, and sat on it like a milk stool.  I braced for a tongue-lashing from a frustrated passenger.

“I just wanted to say thank you. We could see the guy from all the way back here. He was in a bad way. I’m not a pilot, but I fly a lot, and I could tell you weren’t flying the plane the way you normally would. You got us down in a hurry,” she said. “Knowing that you’d take that action for any of us in the same scenario makes me even more confident about air travel. Thank you.”

It was the complete opposite of what I’d expected. Completely off guard and trying to keep from getting emotional, I stammered out a “you’re-welcome-it’s-all-in-a-day’s-work,” and started to stand. She touched my elbow—not an advance, just an affirmation of her sincerity. “No, really. Thank you so much.” Everyone nearby echoed her sentiments. Instead of rioting at the thought of being so late to the destination, our customers had mustered more humanity than I could have ever hoped for as they expressed genuine concern for a fellow traveler.

As I walked away from the plane, I saw paramedics and customer service agents huddled around our customer with the medical issues. I saw him smiling and trying to communicate with the medics. Curious to know how he was faring, I walked over.

It turns out when we said “non-English speaker,” everyone on the ground assumed our customer in distress spoke Spanish. I caught a few clipped words as I walked up, and noticed all the translators looking mighty sheepishly at one another.

His eyes cut to me in a hurry.

Foreign languages were my downfall in college, but before the instructor kindly suggested a switch to Spanish, I made it through a semester and a half of German. I stuttered out a few halting words of his native tongue, tempered with apologies, while I unlocked my phone. With what bits remained in my gray matter and some help from a translating app, we established that he’d been awake for 30-plus hours without a lot of food or hydration. The medical experts deemed it reasonable that his body had begun a violent protest.  He asked if he could continue to Mexico. “These men suggest you stay here tonight and get some rest.” He made his decision, and I headed home, shaking my head at how a simple assumption wound up compounding an already-tense situation.

Being able to laugh at the end of the day is a big plus in air travel, but as I walked to my truck, there wasn’t even the grin that usually fights for control of my face. I don’t know how close our passenger came to dying. Maybe it was nearly life-threatening, or maybe he would have pulled through on his own. I was comforted with the reminder that we’re trained and paid as professionals because these sorts of things happen.

Even on the challenging days, flying still beats working for a living.