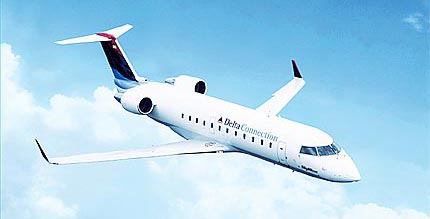 “I’ve sold airplanes to student pilots with two or three hours in their logbooks,” says Jim Sherman, regional manager for Premier Aircraft Sales. “In the past couple of years especially, half of my clients have been low-time pilots, first-time buyers.”

Sherman says the biggest hurdle most of his low-time buyers have to get over is just the fear of taking the plunge in the first place. “Buying an $80,000 car may not be a big deal because they’ve owned cars before and know what that’s all about,” he says. “But owning an airplane is a huge unknown. I spend a lot of time coaching my customers through the process.”

“Just like your first solo, if you apply good judgment and attention to detail, buying an airplane will become a fondly remembered event,” adds Eric Warren, another Premier Aircraft Sales regional manager. “And just like your solo, there are people who can help you.”

What’s Your Flavor Of Ownership?

The first step all first-time buyers should take is to determine which type of ownership situation suits them best.

Single Ownership: This is what we all aspire to—our own airplane that’s available whenever we want to fly it. Thanks to incredibly low interest rates and favorable tax laws, this is especially attractive if you have some real business use for the airplane. But be warned, as the IRS is very touchy about its rules pertaining to writing off an airplane. So, run, don’t walk, to find an experienced tax professional.

Partnerships: Sharing the costs of an airplane with a couple of other pilots is a terrific way to get introduced to aircraft ownership. How do you find a partner? Sometimes it’s as simple as asking around your airport.

“I was walking on the ramp early one morning, just looking at airplanes,” explains Chester Baumgartner. “I met a fellow who was washing his airplane. We started talking and he asked me if I knew anyone who was looking for a plane, as he was looking for a partner. The plane was this beautiful Archer II. A week later, I was a partner in that airplane.”

If you’re not as lucky as Baumgartner, you can ask a reputable aircraft dealer to help hook you up with a partner. No matter how you find one, have a lawyer draw up a sound agreement for the partnership. It’s money well spent.

Advertisement
Fractional Ownership: This is a variation on ownership that has transformed the business and personal jet market, and is making its way into general aviation as well. The idea is simple: If you’re not going to use the whole airplane, why not let others help you pay for it? Because there’s a buy-in fee for your share of the aircraft, and pilots also can expect a monthly management fee, plus a maintenance and engine reserve, the hourly cost of flying is frequently more expensive than a straight rental. Fractionally owned aircraft, however, are usually brand-new, often state of the art and more available for long periods of time. And when it’s time for the fractional management company to sell the aircraft, proceeds are divided among the owners.

FBO & Flight School Leasebacks: These are the aviation equivalents of a long-distance romance. Sure, she’s yours, but who knows what’s happening when you’re not around? On the upside, a good leaseback can create a positive cash flow that offsets most of the aircraft’s maintenance and debt service. On the downside, it may be so popular that you can’t even fly her, since you’re sharing the airplane with so many pilots.

If you think you need a solid contract for a partnership, that goes double for a leaseback arrangement. Spell out everything in detail and never accept a handshake for anything other than hello.

Time For The Fun Part

Which airplane is right for you? Like every pilot, you’re lusting after all kinds of airplanes. You scan the magazine ads and anxiously await the next issue of Trade-A-Plane. Choosing the right airplane is critical to making ownership an enjoyable experience. “The most expensive airplane is the one that sits in the hangar unused,” says Warren.

The first step is to determine just what kind of flying you’re going to do. Are you satisfied searching for the ultimate $100 hamburger, or will you be using your airplane for business trips? (Before you jump up and shout “business!” take a minute to consider how much you can really count on using your airplane without having your instrument ticket.)

The best place to start your search is in your own logbook. Since you earned your private, what kind of flying have you done? Most likely, 70% of the type of flying you’ve done in the past will determine what you’ll do when you own an airplane.

“If you know you’re routinely going to be flying two or three passengers on business or pleasure trips, then buying an airplane that’s too small or slow is inefficient,” explains Fred Ahles, president of Premier Aircraft Sales. “The lack of speed and/or comfort will definitely become an issue.”

“If you have enough hours and enough need, why buy a Piper Archer when what you really should have is a Piper Saratoga,” he continues, “especially if the next airplane up the ladder is something you can be trained in to fly yourself in a reasonable amount of time?”

Right about now, we can hear all of you collectively saying, “Wait a minute! I just finished my private. I don’t want to jump right back into training. I want to fly myself.”

If you’re happy buying an airplane that fits your skill level, you’re home free. If you want something that’s a lot more complex, you’re entering into an area of the buying process where a lot of low-time pilots get in trouble: Their logbook says 100-hour private, but their egos say 10,000-hour ATP.

“Low-time, first-time buyers fall into one of two categories,” says Sherman. “The first group is rather conservative and will want to buy an airplane with which they’re familiar. The other group just launches right into buying a high-performance airplane, like a Mooney or a Bonanza.”

Baumgartner is a classic example of the first group. He did the majority of his flight training in an Archer, so he was very familiar and comfortable with the type. He knew what he wanted; he was just looking for the right one.

On the other hand, Tom Whyatt took the leap from an Archer right into a Cherokee Six-300. “The Cherokee Six was a lot more airplane than I was used to, so I spent extra time with my instructor until I was really comfortable with it,” he says.

“The biggest mistake any first-time, low-time buyer can make is buying too much airplane too early,” explains Brent Anderson, representative of CS&A Aviation Insurance. ”Low time and high performance is a bad combination.”

“It’s tough for these transition pilots to get insurance,” he continues. “And if they can get it, they’ll be paying higher premiums, which can really raise their cost of ownership each month.” Anderson says that low-time pilots can transition into a high-performance airplane and keep their insurance costs under control by working with their insurance agent or aircraft dealer to develop a detailed transition plan.

“We believe that finding the airplane is just part of the buying process,” adds Ahles. “We have to ensure the pilot and passengers will be safe. That’s why we create a transition training program to suit the new owner’s skills to the airplane’s requirements.”

Anderson agrees, “When you make a big jump in performance, you’re going to need much more than a minimum checkout to satisfy the insurance underwriters. It’s not uncommon for them to require 30 or more hours of dual in the airplane and maybe up to 10 more hours of solo before you carry passengers.”

Sooner or later, the subject of cost comes up. “Buying an airplane boils down to two things: down payment and monthly payments,” says Ahles. “If you’ve created a realistic budget, any qualified sales professional can help you fill in the blanks about operating expenses, maintenance and tie-down.”

And that budget will help you determine whether or not you buy new or used. Years ago, a first-time buyer rarely bought new. Today, with interest rates being so low and tax incentives so attractive, it definitely opens up a new aircraft as an option.

“From a sales standpoint, all airplanes hold their values very well,” adds Ahles. “It comes down to price and comfort. Can you afford a new model of the airplane you want? And do you want the added comfort in knowing that your new airplane is covered by a factory warranty? If it’s ‘yes,’ then new is the way to go.”

Whether you’re buying new or used, owning your first plane is one of the most exciting things you’ll ever do as a pilot. So, don’t let your lack of logbook time stop you. Your license allows you to go places, so what better way to go than in your own airplane? And what better time than now to buy an airplane?

Most first-time aircraft buyers think that their only option is to look for used aircraft. But before you stick your nose deep into Trade-A-Plane, you may want to consider buying a new airplane. The bonus depreciation provision allows a tax deduction of up to 60% of the cost of the aircraft in the year of purchase. Used aircraft owners can only deduct 20% of the purchase price in the first year, so if you’re looking for a tax shelter, a new aircraft is definitely the way to go. In addition to the tax incentives, many aircraft manufacturers have special promotions for factory-new airplanes.

Cessna Aircraft Company offers a $4,000 rebate on any of its aircraft for student pilots who complete a private or instrument rating with their new Cessna airplane. Currently, Cessna is offering a brand-new Skyhawk for only $1,050 a month, a 10% down payment and 4.5% interest.

Lancair also offers special financing programs. Some buyers who were able to pay a substantial down payment were asked to only pay for the interest portion of the loan for the first couple of years.

New Piper also is joining the ranks of attractive financing programs. This year, the company is offering incentives such as free fuel, insurance, avionics upgrades or additional training with the purchase of a new Archer or Seneca.

Liberty Aircraft doesn’t have any specific sales incentives, but promises low operating costs with its newly certified, FADEC-engine-equipped two-seater. The company is estimating that the hourly operating cost, including annual inspection, TBO, insurance, storage and fuel, is well below $40.

In the meantime, many manufacturers, such as Cirrus, Mooney, Raytheon (Beechcraft), Lancair and Socata, include extensive transition flight-training programs, which encompass groundschool and flight school with a new aircraft purchase. With such aircraft-manufacturer deals in store for buyers, how can anyone resist buying new?