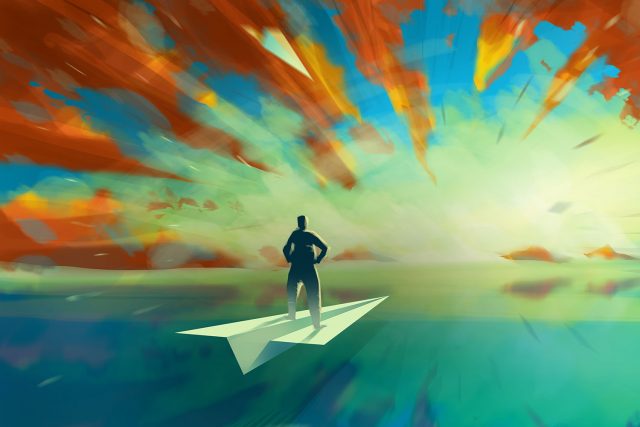 For years, we’ve heard how aviation is good for business, and a lot of that message has centered around how companies that use GA aircraft to get around beat their competition to the punch and to the new business on a regular basis. But what about CEOs who fly because, well, they just love flying? Now there’s convincing evidence that those leaders are better in the boardroom and with the bottom line not in spite of but because of their affinity for aviation.

Studies show that CEO pilots are more successful than their non-flying peers across key parameters, including risk management and the willingness to embrace innovation. Anecdotally, there have been examples of this for decades, from the legendary Howard Hughes to Oracle CEO Larry Ellison, but now’s there’s actually empirical data to back it up, according to two separate studies released in recent years that found that CEO pilots out-performed their non-flying peers.

In a study published in the Journal of Financial and Quantitative Analysis in 2016, researchers Matthew Cain and Stephen McKeon evaluated the performance of 179 CEO pilots versus a cohort of 2,900 non-pilot CEOs from 1992 to 2009. They found in part that, “Pilot CEOs are associated with elevated levels of leverage in the firms they lead, consistent with more pronounced corporate risk-taking. However, when we subsequently analyze the effect of pilot CEOs on overall firm risk, our personal risk-taking proxy contains explanatory power for stock return volatility even after controlling for leverage and compensation structure. These results indicate that the influence of CEO personal risk-tolerance on corporate risk-taking extends beyond the wealth effect related to compensation incentives.”

Cain and McKeon went on to make these additional points: “Pilot CEOs are significantly more acquisitive. More importantly, we find that a substantial amount of the increase in return volatility is explained by the acquisition activity of the pilot CEO-led firms. Pilot CEO-led M&A (merger and acquisition) activity tends to increase firm risk.” They also point out that, while acquisitive, pilot CEOs tend to pick wisely. “Pilot CEOs tend to complete acquisitions of targets that are smaller in size relative to the bidder as compared to non-pilot CEO acquisitions. This difference is significant at the 5% level.”

The researchers also found that “pilot CEOs are associated with compensation structures that are more sensitive to changes in equity volatility and that these CEOs are more likely to have high performance-based pay.”

A separate study published in 2017 in the Journal of Financial Economics by researchers Jayanthi Sunder, Shyam Sunder, and Jingjing Zhang concluded that the CEO pilots’ “hobby of flying airplanes is associated with significantly better innovation outcomes, measured by patents and citations, greater innovation effectiveness, and more diverse and original patents. We rule out alternative explanations, leading us to conclude that CEO pilot credentials capture the personality trait of sensation seeking. Our evidence highlights sensation seeking as a valuable personality trait that can be used to identify CEOs who are likely to drive innovation success.” The researchers found that “pilot CEOs are associated with greater innovation success” and that “firms with pilot CEOs pursue more diverse and original innovation projects and their patents generate higher market reactions around the patent grant date.” Significantly, they noted that “the personality trait proxied by pilot credentials goes beyond risk-taking” and that the “intrinsic motivation of pilot CEOs can be more effective in generating valuable and original innovation.”

They also noted that “firms led by CEO pilots have greater capital intensity.”

Of additional interest, the researchers of this study also broke down CEO pilot concentrations by industry analyzed for innovation activity between 1993 and 2003; 22.61 percent were in energy, 9.68 percent business equipment, 7.83 percent manufacturing, 6.49 percent consumer nondurables, 6.19 percent telecommunications, and 4.59 percent in health care.

Most of the CEO pilots Cain and McKeon analyzed tended to fly for personal recreation as opposed to business purposes, as reflected by a breakdown in the types of pilot certificates held. Thirteen held the FAA’s highest rating, Airline Transport Pilot (ATP), 55 were multi-engine rated, 29 had commercial certificates, 86 had instrument ratings, 10 had helicopter licenses, 10 were seaplane qualified, nine were ground instructors, three in experimental aircraft, four in gliders, three in hot air balloons, 14 were still student pilots, and four were inactive student pilots. They were widely distributed geographically with coastal concentrations; 10 percent from California’s Silicon Valley, 9.4 percent from metro New York, 5.9 percent from the Houston area, 5.9 percent from the Minneapolis area, 5.3 percent from around Chicago, 4.7 percent from Dallas Fort Worth, 4.1 percent from greater Los Angeles, and lesser concentrations relatively evenly distributed across the country. Sunder and colleagues found that half the CEO pilots in their study did not have instrument ratings and that 82 percent were located in major metropolitan areas.

But no matter the reason these CEOs fly, there’s no arguing with the data. It’s good for business.