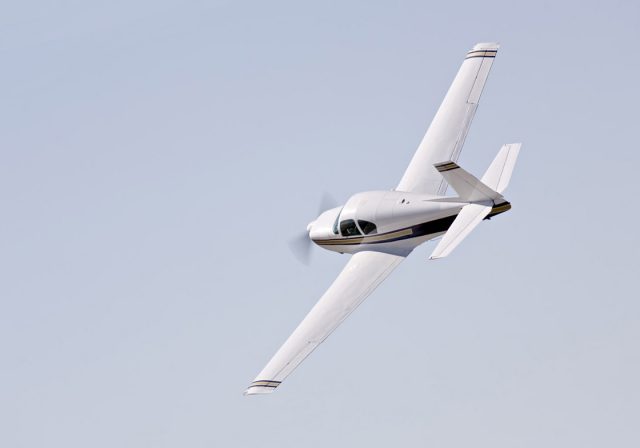 The purported hazard of the downwind turn is one of the most controversial topics in all of aviation. Despite it being widely debated for many decades, it maintains a hold on the popular pilot imagination because its potential consequences are dire.

Here’s the concept. We all know that airplanes fly because of what we call the relative wind through which our planes’ wings move, or vice versa. There doesn’t have to be any ground speed at all for a wing to fly. If you’ve been at an airport during a period of very high winds, you might have seen airplanes chained to the ground rising up and flying. When the wind suddenly stops, obviously the plane settles to the ground.

But does this same phenomenon take effect when a plane is airborne? Not really. We do see this effect on takeoff, where downwind takeoffs require much more runway than upwind ones. But all of these effects are in relation to the ground, not the air.

Take a hypothetical plane—let’s say a Skyhawk—and let’s imagine it flying into the wind. For the sake of the math, let’s say it’s doing 100 knots indicated and the wind is 10 knots on the nose. Now turn the airplane in the opposite direction so that the wind is behind you. You’ve now got 20 knots on the tail. The theory of the downwind turn holds that the plane has lost not just 10 knots of airspeed but 20, as it is not only losing the 10 on the nose but it’s gaining 10 on the tail. 100 minus 20 equals 80 knots, which is no big deal. A 172 will fly just fine at 80 knots.

But if you’re low to the ground, will that presumed loss of airspeed cause the plane to sink as it regains its normal, desired speed? And if you’re close to the ground when you execute this turn, could that mean a risk of colliding with terrain?

It seems like a real risk, so pilots who subscribe to the theory of the downwind turn advise their fellow pilots to make such turns with great caution.

The theory of the downwind turn has many problems, but looking at it using a more extreme example might be illustrative. Let’s take that same Skyhawk heading into the wind but this time instead of a 10-knot headwind, let’s make it a 50-knot wind, something that is rare close to the ground but not unknown. As in the previous example, this Skyhawk turns 180 degrees, so that its heading goes from being directly into the wind to having the wind directly on its tail. That 50-knot headwind just turned into a 50-knot tailwind, so the indicated airspeed goes to…well, zero, right, with the loss of 50 knots of headwind and the addition of 50 knots on the tail. So, the plane falls out of the sky, like the proverbial grand piano dropped from a cliff.

Well, we all know that this doesn’t happen. The plane not only keeps flying, but its indicated airspeed will be unchanged. It doesn’t fall out of the sky and, in fact, if the plane were in IMC, the pilot would be blissfully unaware of the change in the plane’s orientation to the wind, unless they had a readout of ground speed or wind speed to refer to (as many of us do indeed have these days). But why doesn’t it fall out of the sky?

There is a phenomenon that will cause an airplane to fall out of the sky—well, to sink strongly even with no change to the power settings or attitude—and that is known as wind shear. Wind shear is different in that it is an almost immediate change in the relative wind. The most dangerous form of wind shear comes along when there is strong convective activity—a thunderstorm. A plane flying into a 50-knot headwind that suddenly turns into a 10-knot tailwind is indeed in a world of hurt unless the pilot reacts quickly with a big dose of power. Some of the most deadly crashes in aviation history have happened in just such a scenario.

The downwind turn is a myth.

Wind shear is not what happens with a downwind turn. When an airplane turns from going into the wind to a downwind direction, it does so not all at once but in an infinitesimally small series of changes. So unless there is wind shear, the airplane maintains equilibrium throughout the turn. That’s it. It’s simply unlike wind shear, where the change in wind is almost instantaneous.

There are theories about why the myth of the downwind turn is so hard to dispel, but the most likely is that it looks like it’s true. Indicated airspeed doesn’t change (after the turn is completed; turns are still turns and add Gs and raise stall speed). So from one direction of flight (upwind) to the next (downwind), there’s no effect at all (disregarding the aerodynamic effects of the turn).

But what does change, and change dramatically, is the ground speed during the downwind turn. If you imagine the change in ground speed when you turn from downwind to final in one standard-rate U-turn, you will see your airplane seem to throw on the brakes. Now reverse that procedure and turn from a strong upwind leg to a downwind landing. Your speed over the ground will not only be much greater but it will look much greater, and you’ll get to the threshold much faster. That sight picture of the plane apparently speeding up (its airspeed is actually unaffected) looks for all the world like what happens when you point the nose down and accelerate in no-wind conditions.

The good thing about the myth of the downwind turn is that so long as pilots believe it, they’re more likely to pay careful attention to their airspeed when they’re close to the ground and especially on low-altitude turns, where an unplanned rendezvous with terra firma is the worst possible outcome of flying down low on a windy day.