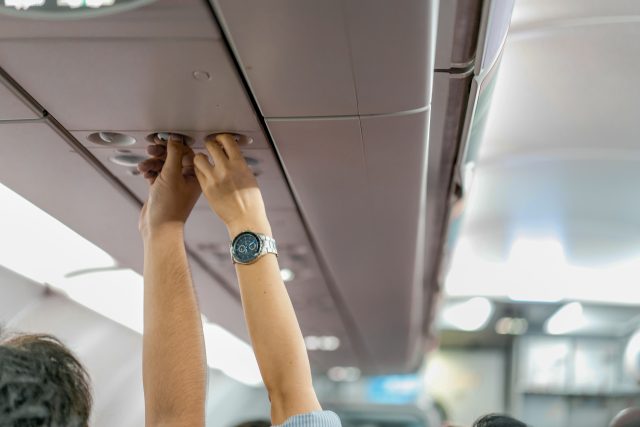 The Minimum Equipment List (MEL) may be the airline world’s most deceptively titled document. By its title, one might expect to open a single-page document of the bare necessities required to be operational in order to dispatch an airliner. Instead, it is a labyrinthine document that, contrary to its name, spells out what items you can have inoperative and still fly.

Airliners have a lot of redundant systems to ensure safety. The Canadair Regional Jet, for instance, has three hydraulic systems, all of which are connected to the flight controls. Any one system can fail in flight, and the other two systems have enough power to move the controls. Even losing the two most critical systems shouldn’t result in bent metal. Dual-loop fire and bleed air leak systems greatly reduce the instances of false alarms (though they double the chance of a fault). And critical electrical buses can get their power from multiple sources in the event of a partial electrical failure.

If you’ve spent enough time hangar flying with the old timers, you’ve heard the old saying: “A second engine just doubles your chances of engine failure.” They’re not wrong. With double and triple redundant systems, the chances of something failing do increase.

The MEL specifies the components that can fail without immediately sending the plane to the maintenance hangar. Anti-skid system fails? Sure, you can go. There’s a chart for how much more runway you’ll need. Automatic mode on an air conditioning system goes belly up? The book tells the mechanic to pull and collar certain circuit breakers before sending you along in manual mode.

In our trade, we throw the word professionalism around commonly, but its meaning is rather subjective. Some use the P-word while knocking another pilot’s wrinkled uniform shirt or scuffed shoes. Others say it is having a mindset where you’d fly every leg as if an FAA examiner were watching every move. One of my personal tenets of professionalism is taking the job’s challenges in stride. Some gripe and moan, try to swap out of the broken aircraft, or even flat-out refuse to fly that plane. The planes were legal to dispatch, sure, but weighing the circumstances and the human factors for a judgment call is a large part of our job. What’s legal and what’s safe can be at odds. That pilot trying to refuse an airplane because the autopilot is busted may have personal factors contributing to his decision—if it’s near the end of a long duty day, the exponentially higher workload could be contributing to create a possible unsafe situation. Throw in some convective weather or a first officer new to the airplane, for instance, and you’ve really got a lot to manage.

Years ago, in an early summer heat wave, we left the hotel one morning and picked up a plane with a maintenance-deferred auxiliary power unit (APU). The APU is a turbine engine in the tail of the aircraft that generates electricity and bleed air to make the airplane self-sufficient on the ground. The bleed air is used to start the engines and to power our air conditioning—without that bleed air, our bird becomes a dark sauna that relies on outside support equipment. The MEL spells out the criteria by which an airplane cannot be dispatched with an inoperative APU. Basically, as long as the external air conditioning can sustain a habitable temperature, you can go.

We got on our way with the aid of a “huffer,” an external air cart to drive the starters. Our first stop was in upstate New York, where we figured the heat wouldn’t be so bad. On the dispatch release, plain as day, it said “XXX STATION MANAGER CONFIRMS AVAILABILITY OF AIR AND POWER.” We cheered at the realization that our dispatcher was looking ahead for us, to ensure that our needs were met. In the way of great bureaucracies, though, somewhere between answering the dispatcher’s query and our arrival, the message fell through the cracks. As we parked in Buffalo, we had the right engine still running to provide electricity and air conditioning. The ramp crew skipped plugging us into the gate’s external power system for several minutes as the passengers deplaned. We sat there, burning 400 pounds of fuel an hour, waiting for the support equipment. Finally, a ramp agent came aboard with questions.

“Guys, do you know your right engine is still running? Why don’t you start your APU?”
The captain came unglued. I just pointed to the “deferred” sticker applied across the APU start pushbutton.

There was an epic cloud of obscenities by all parties upon discovering we’d been parked at the one gate in the whole airport without a working external power source. The station manager had been in a meeting all morning and never relayed to the crew that we were flying a systems-challenged jet, and our in-range calls for power and air had gone unanswered as the ramp crews worked to turn around other flights. They had parked us assuming our plane had no special requirements.

Were we legal to just load up and go? Absolutely. We could have hooked up the station’s start cart, boarded, lit off the engines and been on our merry way. That’s exactly what the dispatcher, station manager, and the passengers waiting to board our Canadian blast furnace wanted us to do. Once we put the station manager into a passenger seat for a few minutes, though, one question put him squarely onto our team: “Would you buy a ticket for your grandmother to ride on this airplane today?” The cabin temperature was 90 and climbing, and boarding passengers would only accelerate that trend.

Humanity won against on-time performance. One case of heat stroke would offset the merits of having gotten the flight out on time.

The station found an air start cart, but our company manuals specifically said the air conditioning packs couldn’t be powered by that air source. The only external air conditioning cart they had was in use for a bigger mainline flight on the other side of the terminal. We wound up leaving Buffalo extremely late after the station’s only working external power cart died on us, and we had the airplane towed to a gate with working power. Once there, we had to dig our heels in to get that air cart hooked up once the mainline flight departed, so we could get the cabin temperature down to a reasonable temperature.

We did three sweaty flights in that bird. For the fourth leg of the day, we graciously dragged our bags across the airport to a different ship. By then, our shirts were salt-stained and wrinkled, and the captain’s shoes may or may not have been fairly scuffed from having to kick some people into action to accommodate our broken jet.

That night at the hotel, I opened up the new issue of an aviation magazine that had just come in, hot off the press. In it, the pilot of a wide body told about the rigors and considerations involved with getting his giant jet up and going for a transatlantic flight with a deferred APU. The next morning, the captain and I shared a laugh over breakfast as we compared our woes against his. We’d had the same challenges, and then some, for each of our three flights.

We weren’t likely to get much sympathy from anyone for our plight. “It’s like the old story,” my buddy continued. “It’s the guy who cried because he had no shoes until he saw a man with no feet. Here we are,” he said, “the ones with no feet, and somewhere out there there’s a crew flying with no legs, figuratively speaking, of course.”

That’s airline life for you. As bad as we have it, somewhere, somebody would laugh at our struggle as they faced something even worse.