My home is located on a public use airport in a Colorado mountain valley at an elevation of 8,300 feet. When I step out my front door, I can count seven peaks within seven miles that top 14,000 feet. I also have a clear view of the runway, parking ramp, fuel pump and run-up areas. While watching airplanes come and go, I have become concerned by the number of pilots I see who obviously lack even the most basic understanding of high country operations.

Many times I see visiting pilots start their engines and taxi to the run-up area where they may spend 20 or 30 minutes running their engine, alternating between high power and low power. When I see an extended run-up of this nature, I can only assume a pilot is unhappy with something he or she is seeing. After a prolonged run-up, some pilots eventually elect to continue the departure. The smart and cautious ones taxi back to the ramp, shut their engine down and start looking for a mechanic. Very often what they really need is a good high country flight instructor. 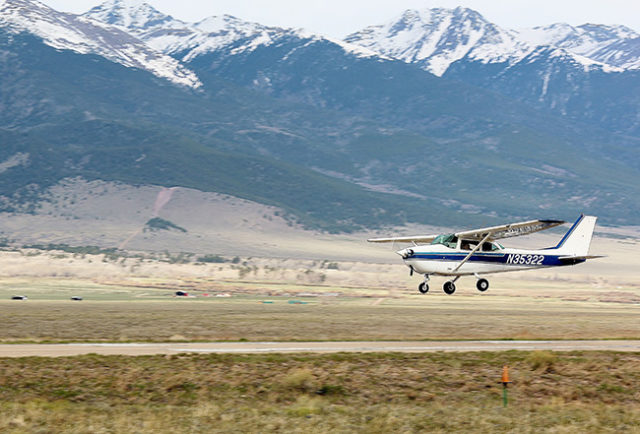 Most pilots know normally aspirated engines can’t make full power at higher altitudes, but they are still surprised to find full throttle will only produce 2,000 to 2,100 RPM. On airplanes with fixed pitch props, power is measured in RPMs, so of course it’s going to be lower than normal. Pilots with constant speed props may discover they only have 20 or 21 inches of manifold pressure. Pilots of both types are dismayed to find a mag check results in a 400 or 500 RPM drop. Their flight instructor and POH both say that’s not acceptable. The engine was running fine when we landed yesterday, so what’s going on?

Early in my career, I gave over 4,000 hours of flight instruction at a couple of large part 141 academies. I have continued instructing part time throughout my entire career. As a result, I am familiar with the procedures most schools teach. After engine start schools at lower elevations typically have students lean the mixture slightly for taxi in order to prevent lead fouling of the spark plugs. Before run-ups, students are taught to push the mixture back to full rich. They are then expected to take off and climb with a full rich mixture because the extra fuel helps cool the engine. For the same reason, students are told to delay leaning the mixture until reaching the top of the climb. That’s the way the checklists are written.

Stoichiometric ratio is the ideal fuel/air mixture at which an internal combustion engine is able to utilize the full measure of energy contained in each drop of avgas. When the ratio of fuel and oxygen molecules is out of balance, the chemical reaction within the cylinders will be incomplete. A portion of the fuel is left unburned and less energy is produced.

Carburetors and fuel injection systems are calibrated to provide a mixture slightly rich of Stoichiometric at sea-level when the mixture control is set to full rich. The ideal Stoichiometric ratio is calculated based on the weight of the fuel and air. However, our engines (both carbureted and fuel injected) meter fuel into the mix based on the volume of air entering the induction system, not the weight of the air.

As we climb, the decreasing pressure of the atmosphere causes the air our engines breathe to become progressively less dense. A cubic foot of air at altitude weighs less and contains fewer oxygen molecules than the same volume of air at sea level. Fewer oxygen molecules per cubic foot mean we need to reduce the amount of fuel being mixed with the air in order to maintain the proper ratio. This is the principal creating the need for pilots to manually adjust the mixture in flight. It’s not just to increase fuel economy.

One of the reasons we have two sparkplugs per cylinder is because igniting the fuel/air mixture simultaneously at two points within the cylinder provides a more even and thorough burn. When we take away one of the sparks by switching off a mag, some of the fuel is left unburned. The resulting drop in RPM indicates less energy is being produced. When the mixture is out of balance, switching off a mag produces an even greater loss of power, resulting in an excessive mag drop.

Before performing mag checks at high-density altitudes, pilots should lean to the engine’s best power mixture setting for the current density altitude. The generally accepted “rule of thumb” for high country operations is to lean for best power before takeoff any time density altitude exceeds 5,000 feet.

Leaning for best power is a simple process on airplanes with fixed pitch props. Set full throttle and slowly lean the mixture until the RPMs peak. Then leave it there for run-up, takeoff and climb. Maximum RPM will still not be as high as you would expect to see at lower elevations, but this method assures you will have the maximum power your engine is capable of producing at your current altitude.

For airplanes with constant speed props, you will need to consult the POH for your make and model. Leaning for best power will be a matter of leaning at full throttle until you get either the fuel flow or EGT prescribed by the POH for your current density altitude. You will still need to be satisfied with a lower-than-normal manifold pressure, but at least you know the engine is doing the best she possibly can. 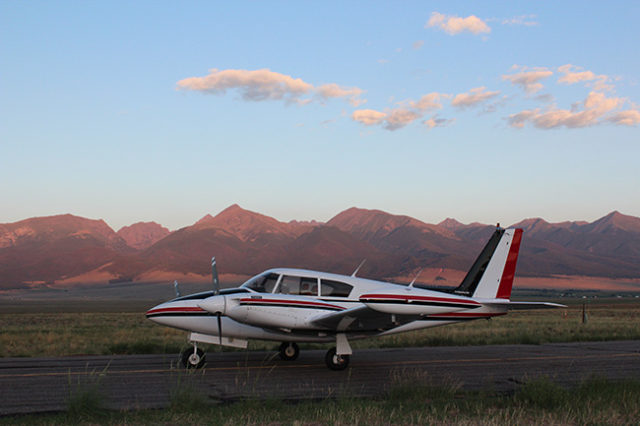 An airplane’s maximum rate of climb is determined by the percentage of power it has available in excess of what is required to maintain level flight. Normally aspirated engines lose 3 percent of their power for each 1,000-foot gain in altitude. On a 70 degree Fahrenheit summer afternoon, Leadville Colorado (9,934 feet MSL) will have a density altitude of nearly 13,000 feet. This means even if you lean for best power, you are still only going to have 61 percent of your rated power for takeoff and climb. If you attempt takeoff with a full rich mixture, it will be even less.

The obvious answer is to fly a turbo-charged airplane. If that’s not an option, there are three steps you can take to increase your odds of success in a normally aspirated airplane:

First: Start with an airplane that has an abundance of power to begin with. Safety in the mountains demands flying a plane that can afford to give up a fair percentage of its climb power and still provide a reasonable rate of climb. This does not mean you can’t fly a Skyhawk to Leadville; it just means you better know what you are doing before you go.

Second: Don’t take off at gross weight. The rate of climb table and service ceiling listed in your POH is based on performance at gross weight. Every pound below gross gives you a slight increase in rate of climb. The basic “rule of thumb” in the mountains is to leave at least half your seats empty.

Third: Take off as early in the day as possible. The lowest density altitude, and coincidently the smoothest air of the day, are usually found in the early morning.

Wind is another major factor that must be taken into account for high country operations. A 10 KT wind has air moving across the surface at 1,000 feet per minute. Visualize what happens when that moving air encounters a ridge of mountains. The air must go up and over a ridge and come back down somewhere on the other side. As it goes up and over, some percentage of the wind’s velocity is converted to a vertical vector, meaning on the upwind side you can expect ascending air (an updraft) and on the downwind side descending air (a down draft). High altitude and over loading may have already reduced your airplane’s rate of climb to an anemic 200 or 300 feet per minute. A strong wind increases the odds of encountering a downdraft that exceeds your ability to maintain altitude.

I teach students when flying in the mountains it’s very important to always leave yourself enough terrain clearance and altitude to make a turn toward lower terrain. If you encounter a downdraft that exceeds your best rate of climb, your only choice is to turn away from higher terrain. When approaching a ridge with the intention of crossing, or when entering a canyon or pass, ask yourself: If I were to start sinking right now, do I have enough room to turn around?

Wind also gets squeezed between peaks, creating a Venturi effect that not only alters the localized direction of the wind but also increases its velocity. As you can imagine, even a modest wind is capable of producing some pretty robust turbulence. In the mountains, wind speed typically increases gradually as the day goes by, with the highest wind speeds usually expected in the afternoon. I tell my mountain students that if they are not on the ground by early afternoon, they will probably be wishing they were.

In summary: When flying a normally aspirated airplane in the high country, fly one with the most horsepower you can afford. Keep the load as light as possible. Lean for best power. Fly as early in the day as possible, and avoid flying when winds exceed 10 KTs.