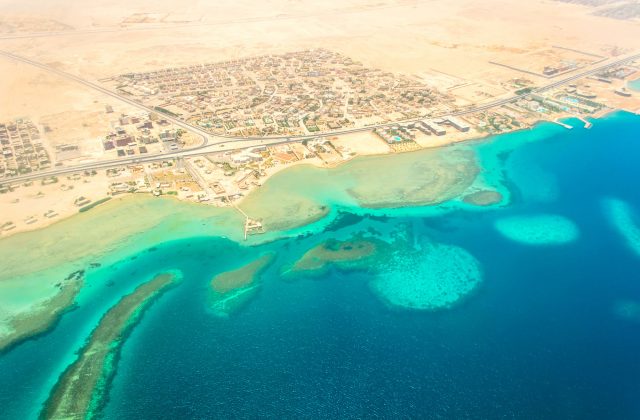 “Hey, Bill. Are you up on company?” came a voice in my headset.

“Yeah, Lisa, I’m right behind you at your five o’clock, about 200 yards back,” I answered.

I checked the airspace directly below and saw only an Egyptian air base 2 miles down with delta-wing Mirage fighters parked wingtip-to-wingtip on the ramp. Then, I noticed two of them at the runway threshold.

“Yeah, I see ’em. Wonder if we’re about to have company,” I wondered aloud.

The two French jets lined up on the runway in formation, then started down the asphalt, lifted off and disappeared behind us.

Sure enough, they came drifting by off our right side a few minutes later with gear down, flying as slow as possible, probably about 150 knots. Lisa and I were cruising along in a pair of new Piper Archers at perhaps 110 knots at 11,000 feet MSL, droning toward Cairo and the Suez Canal.

Somewhere behind us, a caravan of eight more Archers were strung out back to Alexandria, Egypt, all 10 airplanes headed for Amman, Jordan.

We had departed Lakeland, Florida, seven days before, flown north to Bangor, Maine, then to St. John’s, Newfoundland, where we were delayed by weather for a day. Finally, we got back in the air and flew down to Santa Maria, Azores, in the mid-Atlantic. The following day, we tracked across Portugal and Spain to the island of Palma de Mallorca for a day off. Then, we transitioned across most of the Mediterranean to Iraklion on the Greek island of Crete. We were hoping this would be the last day of our ferry flight.

Contrary to what some pilots might assume, our Archers were fairly typical of ferry aircraft, not surprising considering that Globe Aero in Lakeland is only about 100 nm from Piper’s manufacturing plant in Vero Beach, Florida. In those days, Globe did the lion’s share of delivery work for Piper. The Archer was/is one of Piper’s most popular flight training models, and we flew them all over the world. With assistance from ferry tanks, we delivered them all over the world, though some of the 2,000-mile Pacific legs were a challenge.

Cabin room was tight, however, and it seemed there was never enough space to cram in all the equipment for a long leg. We would have preferred a little more interior room, an onboard potty and a hot meal once in a while.

In this case, the right seat had been replaced by a 30-gallon fuel tank. An HF radio was loosely mounted on top of the copilot seat tank, and buried underneath all that were miscellaneous charts; survival gear that included a cold-water exposure suit, life raft, two vests; a portable, two-way VHF radio/GPS; a big box of Cheez-Its; drinking water; and some other stuff.

On some Pacific deliveries, space was at such a premium that we sometimes had to make what we called, for obvious reasons, an “unpacked” trip. There was so little space remaining in the airplane after loading all the mandatory equipment that there was no room for even a small suitcase. The only option remaining was to tuck jeans, underwear, shirts, socks and other essentials in anywhere they fit. We also carried a package of folded plastic bags for overnight stops. When we reached our destination, we bought a cheap suitcase for the airline trip home.

The Archer’s backseat had been replaced by a 55-gallon ferry tank, bringing the airplane’s total fuel to 133 gallons. At 9.5 gph, that meant I had an easy 14.5 hours’ endurance, worth perhaps 1,550 nm range in no-wind conditions, it said there.

It’s a small world, after all, but it’s not so bad once you become accustomed to the claustrophobic accommodations. To avoid deep vein thrombosis (pooling of blood in the legs and possible blood clot), I practice an isometric exercise program borrowed from the Canadian military. It consists of pitting one muscle against another for a limited time. I try to do a 10-minute session once every hour. After 40 years of ferry flying, I don’t seem to suffer any ill effects other than premature hysteria and the belief that this job doesn’t pay nearly enough.

On the planned last day of our trip, we departed Iraklion and flew south to the Egyptian coast of the Mediterranean, a roundabout method of reaching Jordan, to be sure. In more peaceful times (of which there have been virtually none since the creation of Israel in 1948), we would simply have flown straight east from Crete, across the eastern shore of the Med and directly into Amman. That route would have been politically unwise in today’s volatile Middle Eastern climate.

For that reason, we all expected to be vectored far south to Luxor, Egypt, then turned left out over the Red Sea and finally allowed to fly northeast above the Gulf of Aqaba to Amman.

This time, we were given a surprising left turn after crossing the coast to fly above the pyramids and the city of Cairo itself. None of us had ever flown this route before, so we were delighted with the chance to see some of Egypt’s most famous, historic landmarks and, perhaps, the Suez Canal. 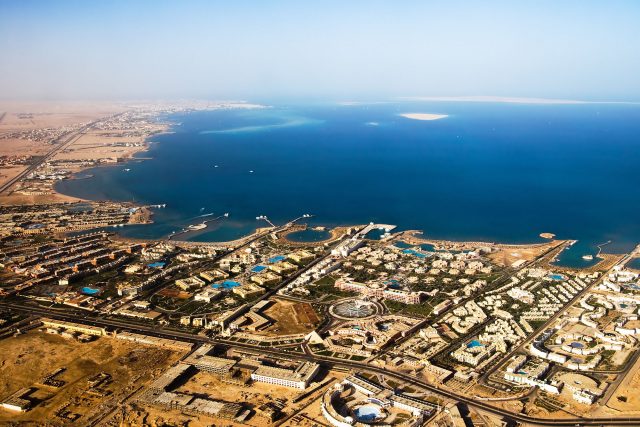 I had tuned com 2 to guard just in case the fighters wanted to talk before opening fire, and the Mirage leader came up on 121.5, instructed me to dial a different frequency, and basically asked what the hell we thought we were doing overflying an Egyptian air force base.

Obviously, not everyone had gotten the memo. We all had overflight clearances with specific time and date limits but no specific routes. I told Mirage leader we were on a vector from Cairo control and there were eight more Piper Archers behind us. I added that all 10 airplanes were unarmed. He didn’t laugh. He also didn’t believe me.

I read him our collective assigned clearance number and informed him that our point of original departure had been Lakeland, Florida. He said, “Stand by,” and left the frequency to check with higher authority.

The Mirage fighters loitered in our general area while someone on the ground checked for our clearances. Before they left, the Egyptian Air Force had a good look at us, just to make sure we were what we said we were. Finally satisfied that we posed no threat, the jets pulled away and returned to base.

It was no big surprise when ATC called and directed us to turn right and skirt the city of Cairo well to the east. We would not see Cairo or the Suez Canal on that day.

Accordingly, we flew south to a point parallel to the bottom of the Sinai Peninsula before ATC allowed us to turn back east, cross the Red Sea to the Gulf of Aqaba, then fly north to Amman. That was closer to the normal route, but it still added over 500 miles to the trip into Jordan.

By sheer chance, Lisa and I had picked the two fastest Archers on the ramp at Globe Aero’s shop in Lakeland, and though the difference in speed was only a few knots, it still provided a welcome advantage when the legs were a thousand miles or longer.

As a part-time ferry pilot for the last 40 years, I’m sometimes asked about the glamour of flying new turboprops and piston twins internationally to often-exotic locations such as Paris, Rome, Buenos Aires, Singapore and Sydney. Fact is, most ferry pilots rarely see those places, primarily because we’re slaves to a budget, and those destinations are very expensive. Ferrying airplanes is anything but a vacation.

We do deliver mostly new aircraft, but there are few turbines among them and almost no jets. Most jet buyers employ their own crews, and even if they didn’t, jets demand type ratings, and few ferry pilots just happen to have the appropriate type ticket. I’ve flown co-pilot in only a half-dozen jets in the last 40 years.

Caravans, Cheyennes, Conquests, Meridians, Jetprops and King Airs are more common, but even they are relatively scarce.

Piper Archers and other single-engine piston aircraft are more the rule than the exception. Back in the 1990s, I had an agreement with the Mooney dealer for Australia and flew a dozen new Mooney Bravos and Ovations from the plant in Kerrville, Texas, to various destinations Down Under.

Meanwhile, back in the Middle East, Lisa and I landed at Marka Airport in Amman without being intercepted by Jordanian F-15s. A few minutes later, the third Archer pulled up on the ramp, and within a half-hour, all 10 airplanes were parked around the maintenance shop.

We couldn’t help but notice a group of pilots in military uniforms watching us as we detanked the airplanes, unloaded our equipment and prepared to head for the hotel. The military pilots split up and headed for our airplanes. The one leaning on my Archer’s left wing asked, congenially, “How was your trip from America?”

“No problems,” I replied. “It’s a good airplane. Will you be flying it?”

“Oh yes,” he said. “As soon as all the paperwork is complete, we’ll all be leaving for our final destination.”

Ah, yes, that explained our 10-airplane trek from Florida to Jordan. It’s highly unlikely the Archers were trainers for the local flight school in Amman, and it’s equally implausible they were ab initio teaching machines reporting for duty with the Jordanian Air Force, since we knew they were leaving for somewhere else.

Back at the hotel, none of the other pilots had heard any mention of the “final destination” for the Archers. We all had our own ideas as to where the Archers were headed.

Let’s see, what nearby country might be training new pilots for a possible transition to military aircraft?