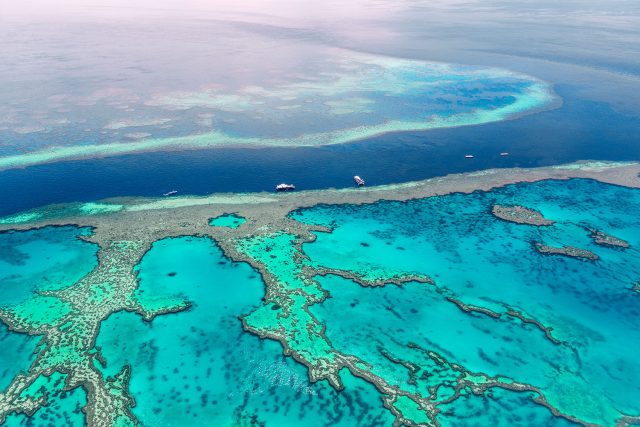 You can breathe a partial sigh of relief when you depart Henderson Field on the island of Guadalcanal and point the nose southwest toward Australia that you have only one semi-short leg to go to reach the land of Oz. You’d never know it today, but Guadalcanal and the Solomon Islands were the sites of some of the fiercest fighting of World War II. Most of that was in defense of the world’s largest island.

These days, the town of Honiara on Guadalcanal is just another sleepy Pacific fuel stop, the last one you’ll need if you’re destined for Cairns, Darwin, Brisbane or Sydney. In a few hours, you’ll have beaten the odds over five days and 6,000 nm on the trip from California to the world of koalas, wallabies and kangaroos.

Unlike travel to Europe or even Africa, flying to Australia in “one of those little planes” requires a certain power of will, along with a large pile of money and a tolerance for being alone in a single seat for 14-16 hours at a time.

My first trip to Australia was in 1989, flying a Cessna Skymaster from South Carolina to the giant continent-country far south of the equator. My ultimate destination was Mount Magnet in Australia’s far Western Desert, home of dozens of gold mines and thousands of wannabe millionaires.

I met my client, Blair Howe of Mount Magnet, in South Carolina, where he was closing the deal on the airplane. Howe was a bull of a man, 60 years old, probably 6’6” tall and 300 pounds, very little of it fat. In another life, he could’ve been a WWE wrestler. When I commented that he was a big guy for such a little airplane, he laughed and said he had a normal-sized pilot back home who’d be doing all the flying, though he’d just completed his multi-engine rating (with a centerline thrust limitation) there in Charleston.

Howe had spent most of his life swinging a pick in the unforgiving, hardscrabble desert wilderness between the Great Sando Desert and the Indian Ocean.

One day, he swung the pick for the millionth time, and there it was. He sold his claim to a major mining company and decided to invest some of his millions in a mining equipment transport business, using Skymasters as his mode of delivery. My airplane was the first of what was planned to be a fleet of five Cessna 337s.

No, don’t ask me why. No cargo door, not much cargo space. More importantly, the check didn’t bounce.

While this Skymaster might have been mildly unsuited for its mission, it did have its strong points. The unusual push/pull twin was a late-’60s development from Cessna. Old-time pilots may recall that the Skymaster’s main claim to fame was that nothing very exciting happened if an engine failed in any mode of flight. The airplane merely sags slightly from the loss of power, but there was no problem with asymmetric thrust. Other than that, it was pretty much pure airplane.

On the positive side, the thrust line of the aft engine is 8 inches higher than on the front mill, a hedge in case someone over-rotated on a dirt-runway departure.

On that initial Pacific trip, the crossing went well, with no significant weather and no squawks on the airplane. The route was standard—Santa Barbara through Honolulu, Majuro, Marshall Islands and on south to the aforementioned Guadalcanal. The weather was characteristically clear most of the way, not a typhoon in sight. I had been advised by my friend Jon Egaas that clear and 30 were fairly typical in the South Pacific, except when they weren’t. Egaas has something like 500 Atlantic and Pacific crossings (compared to my piddly 250 ocean hops), so when I need advice, I know exactly who to call.

The Skymaster and I were both eager for a few days off, and after that day’s hop to Cairns and an overnight, I would have another long leg diagonally across all of Australia to Mount Magnet, followed by a short commute down to Perth and a long ride home at 450 knots rather than 150 knots.

That day, it was a mere 1,000 additional miles over water across the Coral Sea and the Great Barrier Reef, the largest living thing visible to those talented, lucky folks cruising at 14,000 knots looking down from 300 miles up.

On this, my first full Pacific crossing, I selected a slightly lower altitude than the astronauts enjoy. Accordingly, I leveled at 1,000 feet above the Pacific for a better view of the underwater rainbow of color provided by the world’s most famous submerged tourist attraction.

In keeping with Cairns’ position well below the equator, the city truly is a tropical paradise, more reminiscent of Samoa than traditional equatorial vacation spots. Cairns is right on the country’s east coast, and with the mountain backdrop, you might think you’re back in Honolulu rather than 4,000 miles farther south.

As mentioned above, my final destination was Perth, perched diagonally across the world’s largest island on the far southwest corner. Regardless of whether you define Australia as an island or a continent, it’s a big one. Technically, it’s a land mass about the size of the U.S., with the population of New York City.

A day later, I decided to fly the entire final leg at low level, with overflights of Alice Springs, Ayers Rock and a brief stop at Mount Magnet before going on to Perth.

It’s about 2,000 miles by Great Circle across the island continent, but Australia is so far off the beaten path that I figured I’d best take advantage of the opportunity to see as much as possible in case I never got another chance to return. (As it turned out, I delivered another 15 airplanes—mostly new Mooneys and Caravans, plus a Shrike Commander, a 421 and a handful of Bonanzas—to points all across the country during the next 15 years.)

After I crossed the coastal mountains west of Cairns and descended back down to my 500-foot AGL cruise altitude, there wasn’t much to see, as the outback of Australia is mostly arid desert.

This is a desert unlike most that you may have seen, however. There was little sign of human habitation. There were plenty of termite mounds and scrub brush, plus a seemingly unending supply of kangaroos bobbing across the desert.

After watching the outback track backward for two hours, I suddenly realized that I hadn’t seen a road, a car or truck, a power line, a building of any kind or anything else that might suggest I wasn’t alone in this huge, dry wasteland.

I knew Australia was famous for raising sheep and that there were huge “stations,” ranches often measured in millions of acres, where major investors raised thousands of sheep to feed the burgeoning market for wool to produce sweaters, jackets, gloves and other cold-weather outerwear sold around the world. A little irony there—cold-weather products produced in a desert for use in cold climates.

Later, I learned that the stations are so large that helicopters are the only viable method of patrolling the sheep population. Choppers are used extensively for herding sheep, and station owners aren’t so possessive of their land, so there are rarely any disputes about whose sheep are grazing on someone else’s land.

Alice Springs is roughly halfway across the country in the middle of the desert. It’s sometimes referred to as the “Gateway to Uluru,” and there’s not much reason to stop unless you need to refuel. I didn’t, so I didn’t.

It’s only 300 miles from Alice Springs down to Ayers Rock, also known by its aborigine name of Uluru. The giant Ayers is a huge sandstone hill that interrupts the desert to a height of 800 feet. All other terrain in the area is so flat that you can see Uluru from 50 miles away. That doesn’t sound too impressive, but the rock rises from such a consistently level plane that it attracts thousands of tourists as well as Aussies. The ground level at the base is about 2,000 feet, and the flat terrain and the lack of any other geologic interruption of the desert makes the sandstone mountain all the more interesting.

Uluru was practically on my flight plan, so I dialed it up on the GPS and chased the needle toward the coordinates. I had no way of knowing I’d see Uluru again many times in the next decade.

Fortunately, that first flight was in November, the beginning of Australia’s summer, so the temperature was semi-civilized. I wouldn’t dare to fly low over the Australian desert in January, when temperatures can reach 50°C, or 122°F.

I began to circle the rock at 1,000 feet AGL, but there was no traffic in sight and no comm on the radio. I got a shock coming around the backside of Uluru, however.

There was a Qantas 737 coming the opposite direction about 500 feet above me. You have no idea how large those jets look from that perspective. There was no risk of collision, and no need for an evasive maneuver, but it was still a surprise.

It seems Qantas made frequent charter trips to Uluru from Sydney and other major cities. They circle the rock in both directions, so passengers can photograph this unusual landmark standing alone in the middle of the country.

Almost before I was ready, I landed at Mount Magnet and turned the keys and logbooks over to Blair Howe’s young, enthusiastic pilot. He flew me down to Perth the next day, I commuted to Sydney and was home the following day…or was it two days later? I can never remember whether it’s a day ahead or a day behind.

When can I go back? 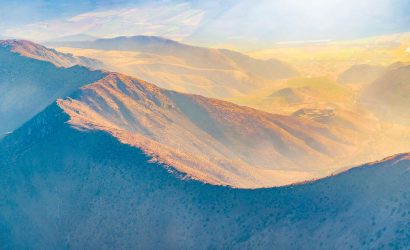