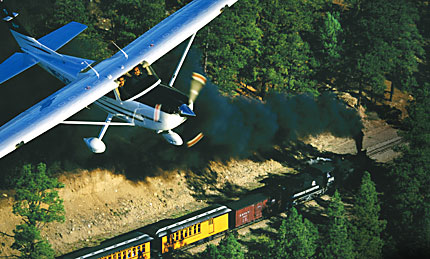 If you have a GPS and a blind encoder in your panel, you may have three independent ways to determine your altitude. But which one is most accurate? We all grew up on baro altitude, so after a short review, we’ll plunge into the GPS world of the WGS84 datum, your height above ellipsoid (HAE) and mean sea level (MSL) altitudes.

Baro Altitude
According to the barometric law, the pressure drop is approximately exponential with altitude. But to compute altitude from that pressure using that law, you need the pressure at the surface below you and the temperature profile between you and that surface. We get the surface pressure because it’s first converted to MSL pressure before given to you. But the temperature data isn’t available, so there’s a standard model of the atmosphere: the MSL temperature is 15 degrees C and drops about 2 degrees C per 1,000 feet. We fly at these erroneous altitudes so that we can avoid each other. But we can’t avoid rocks at known altitudes if we have incorrect altitudes.

An altimeter or an encoder helps determine baro altitude. After entering the altimeter setting, the altimeter hands wind up as the outside pressure is reduced, giving you the correct reading for standard atmospheres. Your altimeter basically is a mechanical calculator to perform the calculations indicated in the barometric law.

A blind encoder also measures pressure, but that pressure (p), relative to standard MSL pressure (29.92 inches of Hg) is digitized into “gray code” and sent by your transponder to ATC computers that determine your altitude. If you’re below 18,000 feet, they first change the 29.92 inches to the actual setting near you (say, 30.16), and take that ratio p divided by 30.16 and compute your altitude based on a standard atmospheric model in the barometric law. Your GPS navigator may be able to do that same calculation if your encoder data is sent to the device.

The Chelton and Garmin 480 both ask for the baro correction (local altimeter setting), and they can tell you your baro altitude. In the GNS480, you can put data fields on maps 2 to 4, and among the choices are both baro and GPS altitude, so putting them side by side provides an interesting comparison.

GPS Altitude
How does GPS altitude differ from baro altitude? Your GPS solution from the satellites in view gives both horizontal and vertical positions. The lateral position from any kind of triangulation scheme always is the most accurate when there are stations on both sides of you. For your vertical position, you need satellites above and below, but you can’t see the satellites that are down under, so vertical errors are much larger than horizontal errors. The altitude solution is improved dramatically with WAAS, allowing vertical guidance on GPS approaches.

WAAS uses a network of U.S. ground stations that each know exactly where they are, so their three-dimensional GPS solution always is in error, an error they can broadcast to geosynchronous satellites in the East and West. Those errors are transmitted to your GPS as well as WAAS receiver, and by interpolation, the error at your location is first subtracted from your raw solution to give a more precise one. The claimed accuracy is one meter horizontal and two meters vertical.

Where is that position relative to the surface of the Earth below us, or to MSL? GPS solutions are altitudes above a mathematical surface model of the Earth, an ellipsoid known as the WGS84 datum.

The Earth is flatter at the poles than at the equator by about 21 kilometers (radius) and nearly ellipsoidal. If you slice the Earth through the poles on any longitudinal line, the cross section is an ellipse. If you slice the Earth at the equator, or any latitude, it’s circular. To create the WGS84 surface, take the ellipsis that’s flatter at the poles and spin it around on the polar axis to create the WGS84 ellipsoid. The semi-major axis is 6378.1 kilometers, and the semi-minor axis is 6356.8 kilometers. The centrifugal force of the spinning Earth made it bulge most at the equator.

How well does WGS84 represent the surface of the Earth? Clearly, it misses all the mountains and valleys, but then we really only want to know how well it compares with the MSLs (plural!) of the Earth. And here’s where it gets real interesting. What’s the MSL surface?

Sea level in Spain is different from sea level in California. I don’t mean the differences caused by the tides—those are averaged out and we call it MSL. The gravitational pull at sea level may be different in the two places because the Earth isn’t made up of uniform stuff. The mass density of material within the Earth’s interior is variable, so gravitational forces vary at a fixed Earth radius.

What that means is that the best definition of the Earth’s MSL is a surface of constant gravitational force that most closely fits all the seas on Earth. That irregular surface is called the Earth’s geoid surface, and the different mean levels of each of the seas on the Earth match that quite well.

Remarkably, even though there’s a 21-kilometer difference in major and minor axes, the maximum difference between the geoid and WGS84 around the globe is about minus-105 meters and 87 meters. In southeast India, the geoid is 105 meters below the ellipsoid, while it swells to 87 meters above it in eastern Indonesia.

You can pull up maps from the Internet showing the Geoid Height (see figure below), which is defined as the difference between the geoid (or MSL) and WGS84. In Los Angeles, the geoid is about 32 meters below the ellipsoid, and the variation throughout the U.S. is between minus-seven meters to about minus-51 meters (MSL surface is below the spheroid).

Your GPS altitude solution gives your HAE, but what’s your MSL altitude? If your GPS navigator can make the geoid height correction for your location, you’d have a pretty accurate measure of your MSL height using the satellite solution. Said differently, if there’s a database of points around the U.S. where the corrections between HAE and MSL are known, the unit can interpolate to estimate that correction where you are and tell you your MSL altitude.

In fact, all three Garmin IFR navigators (430, 530 and 480) make that correction. So, when you see “GPS ALT” on the Garmin 480, or “ALT” on the satellite page in the Garmin 430 and 530, these are MSL estimates using the GPS solution and the geoid correction. With WAAS, this altitude estimate is probably the most accurate one you have in your aircraft.

With an appropriate GPS and WAAS receiver, you can shoot GPS approaches with precision vertical (APV), as the LPV and Lnav and Vnav approaches are called. For now, only the Garmin 480 is certified for these approaches. The Chelton EFIS has a GPS with WAAS as well, but it’s certified only for Lnav operations since it solves for position once each second rather than five times per second as required under TSO-146 for APV operations.

For APV operation, the vertical leg is tilted downward at the angle shown in the approach profile, and it must terminate at the correct MSL height above the runway. For those GPS approaches, the airport HAE is in the database, so the difference in HAE and MSL altitudes for that airport is the local correction applied to the GPS solution.

On vertical legs, the Garmin 480 knows where you are both horizontally and vertically from that line and will display localizer and glideslope information on both your HSI and on the NAV page (an artificial HSI in the unit). You can use many autopilots in the NAV (or analog) mode to couple to this approach, and digital vertical output and digital autopilots are on the near horizon. The decision height still is determined by baro altitude.

GPS altitude also is used in TAWS-B systems, sometimes in combination with baro altitude. On the Garmin 530 unit, the TAWS page shows “MSL(G)” in the upper right-hand corner, meaning its your GPS-derived MSL altitude.

In the future, the altimeter may be replaced with a simple GPS with WAAS capability that shows a digital display of your altitude. Meanwhile, have a glass of wine, get slightly high and dream on.