From the time I began, it was clear something was up, and while I was still a small child, I was diagnosed with a severe stuttering disorder. As though that weren’t bad enough, I was told throughout my life not to expect much because I would be working on cars or packing bags at the local supermarket…if I was lucky. Everyone in the school system had the same story, over and over again. I heard I was never going to amount to anything due to this stuttering disorder. I wasn’t so sure.

I was sent to speech therapy for years and had multiple procedures to attempt to “correct” my condition. Nothing worked.

To make matters worse, kids regularly poked fun at me and put me down, and my “mentors” continued to encourage me to go into manual labor.

Luckily, I was strong enough to not allow anybody to put arbitrary limits on me or my big dream. And what was that dream, you ask? As you might guess since you’re reading this in Plane & Pilot, it was to find a way to be part of the world of aviation.

By the time I was in my 20s, my heart was set on flying. And although I had the drive, the message so many gave me to not expect too much from life still echoed faintly in my mind. In addition, at that time in my life, I didn’t have the financial resources to pursue this ambition. So, my dream had to be put on hold.

I never stopped dreaming, though, and seven years ago when I was living in New Jersey, I had become self-sufficient enough to be able to invest the time to learn to fly, so I inquired at a couple of local flight schools. When they became aware of my stuttering, the people at both schools did their best to kill the dream, saying that due to this disorder, I would never be able to fly and become a pilot. One CFI told me matter-of-factly that because of my stuttering disorder I would never be able to pass the medical exam. So, sadly, once again I put my dream on hold.

And that dream, so it seemed, was becoming a nightmare, that the passion I had to become an aviator would go unfulfilled.

Then, in 2015, the dream resurfaced. While vacationing in Las Vegas, I went on a helicopter tour, and riding in that aircraft reignited my passion. Within hours, I’d contacted several flight schools in Arizona, where I was living by then, and learned something encouraging, that there was such a thing as the Sport Pilot certificate. That meant that, because of the more liberal regulations for Sport Pilot, I wouldn’t have to take a medical exam to become a pilot.

But there was more bad news. Once again, the CFI told me that my stuttering disorder would prevent me from passing the checkride because, they said, the FAA regulations required all pilots to be fluent in English.

By this point I’d gotten sick of everyone telling me why I couldn’t do it, and I decided to simply prove them all wrong, adopting along the way a new mantra, “Failure is NOT an option.”

With this newfound direction, I approached the president of a flight training center in Glendale. Initially, the head of the school, he now admits candidly, was skeptical about my prospects, not only because the FAA fluency rule still applied to sport pilots, but because, he says, “When you meet someone with a stutter, it’s easy to think that they can’t do anything. It’s totally inappropriate, but it’s also subconscious. You don’t even realize you’re thinking it.”

But as part of my strategy to reject any thoughts of failure, I forged ahead with my training. I took the FAA knowledge tests. This wasn’t a common route, as would-be pilots usually take the test partway through the training, but I wanted to show everyone my determination. I studied for weeks and weeks, hour after hour. I was so focused on proving to these guys that my speech doesn’t stop my brain, I was willing to do whatever it took to get to that next step: flying.

I passed that test on my first attempt. It was then time to get in the plane—my lifelong dream coming true right before my very eyes. I couldn’t believe that after being made to feel this would never happen, that my perseverance had finally paid off. I was so excited. I wanted to learn everything about this aircraft and this field.

I’d be lying if I said I was 100 percent confident. I wasn’t. I still had one big concern: How would my stutter impact my ability to communicate over the radio? There was only one way to find out. I put my headset on, retrieved the ATIS information, jotted it down and then my CFI spoke into his microphone and ordered me to contact ground control for permission to taxi.

Low and behold, I spoke with perfect fluency! And for the 34 hours flying beyond that point, it was as though my stuttering had vanished.

In researching the reason for this seeming miracle, I found out that when people with a stutter speak the same material at the same time with another speaker, their fluency increases.

Here’s the crazy part. As you probably know, when we pilots speak into the microphone, our voice is simultaneously fed through the headphones, a feature known as sidetone, allowing us to hear our own voice when we speak in a kind of choral effect. Who knows why it works, but it did.

And, within a few weeks I’d passed the checkride, and I’m now a sport pilot.

Now, for the superhero part of the story: After I had broken through and achieved my dream, I decided to help people with disabilities of one kind or another reach their dreams, too. To make this happen, I assumed a new identity, LightSport Man, a kind of non-caped crusader who offers free rides to kids or others with disabilities and/or disorders, and for those who had never experienced flying in a Light Sport Aircraft.

In a short amount of time, I had impressed many more people around me, in addition to the flight school president. I live this dream almost daily. I’m up at the crack of dawn, either advancing my knowledge with ground study or by flying high in an LSA. I dedicated myself to this journey in my life to the point that just being a sport pilot wasn’t enough. Within a year, I have added an Advanced Ground Instructor Certificate and a commercial remote pilot ticket. But my most recent, biggest and proudest accomplishment is this: I’m now officially a Certified Flight Instructor-Sport.

I guess it was inevitable. After passing the written exams, I continued on with my training. I was at the airport every day. I read every book on flying I could get my hands on, and I flew every day I could.

Then I became an Advanced Ground Instructor. Just the other day, Rod Hill, one of my students, described me as “an excellent teacher,” which meant more to me than he could imagine. When I heard that, I couldn’t help but remember what my teachers said about my career limitations.

And, you know what, they were wrong. Here I am, not only flying but teaching others how to fly.

Whether in the guise of a superhero or just a regular guy, I can share my passion and knowledge with others, helping them achieve their dreams of flight. Sometimes that means being a role model to others. My proudest moments are when I can open a doorway to aviation for people with challenges who might have had their dreams discouraged in the same way that mine once were.

And, all along my mantra has stayed the same. Failure wasn’t an option then and it’s not an option today.

Have you had a close call or a cool aviation experience that left a lasting impression? We’d love to share your story in the magazine! We’re looking for stories that are between 1,100 and 1,500 words long that tell a great story. If you’re interested, you can always write us a note outlining your experience and we’ll get back to you right away. The pay is small potatoes, $101, but if your story is chosen, you’ll get to work with our great illustrator Gabriel Campanario and have him bring your memory to life.

Email us (sorry, no phone calls or snail mail) at [email protected] and put Lessons Learned Submission in the subject line.

Did you miss our last installment of Lessons Learned? Check out the archive now! 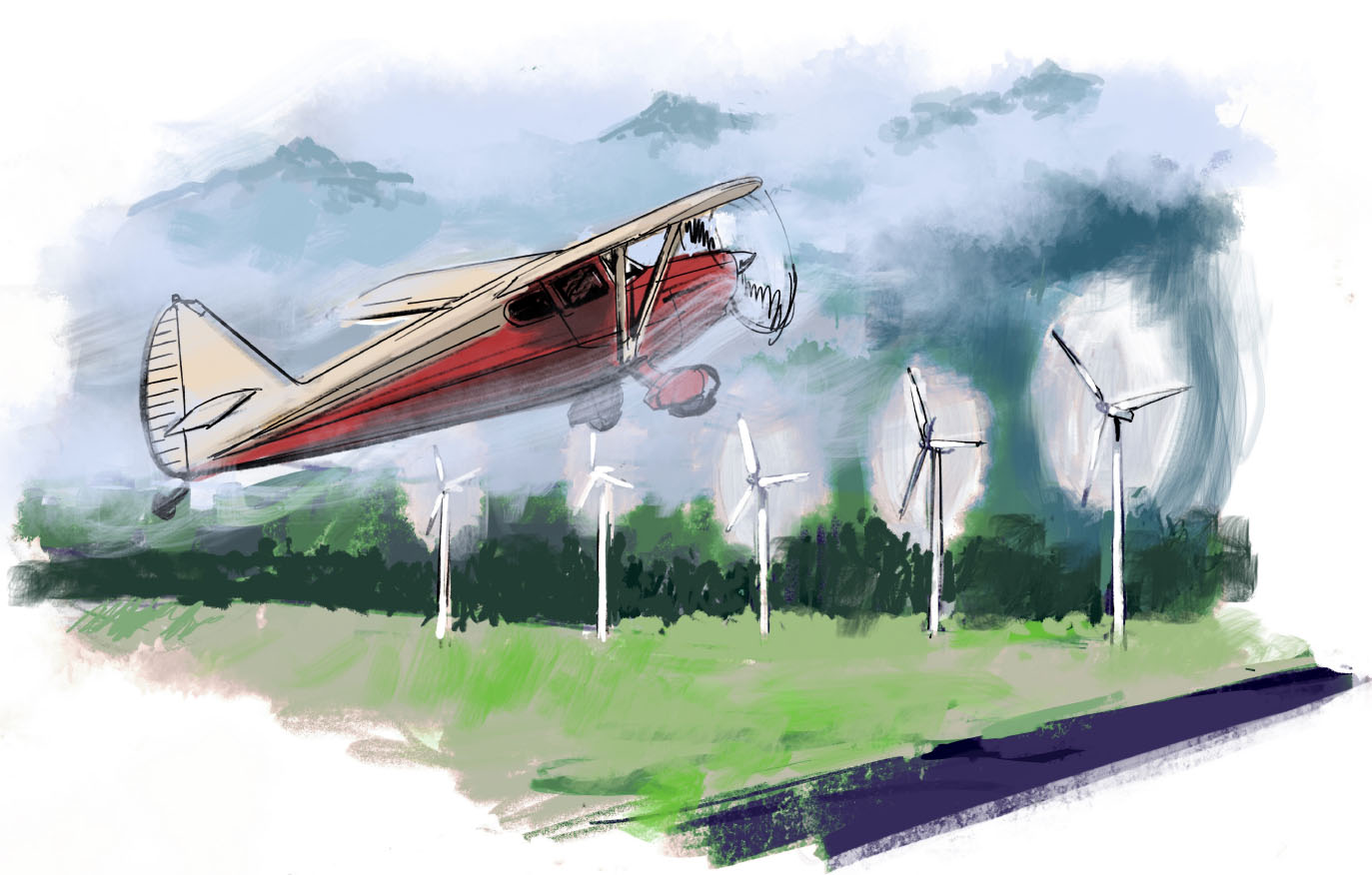 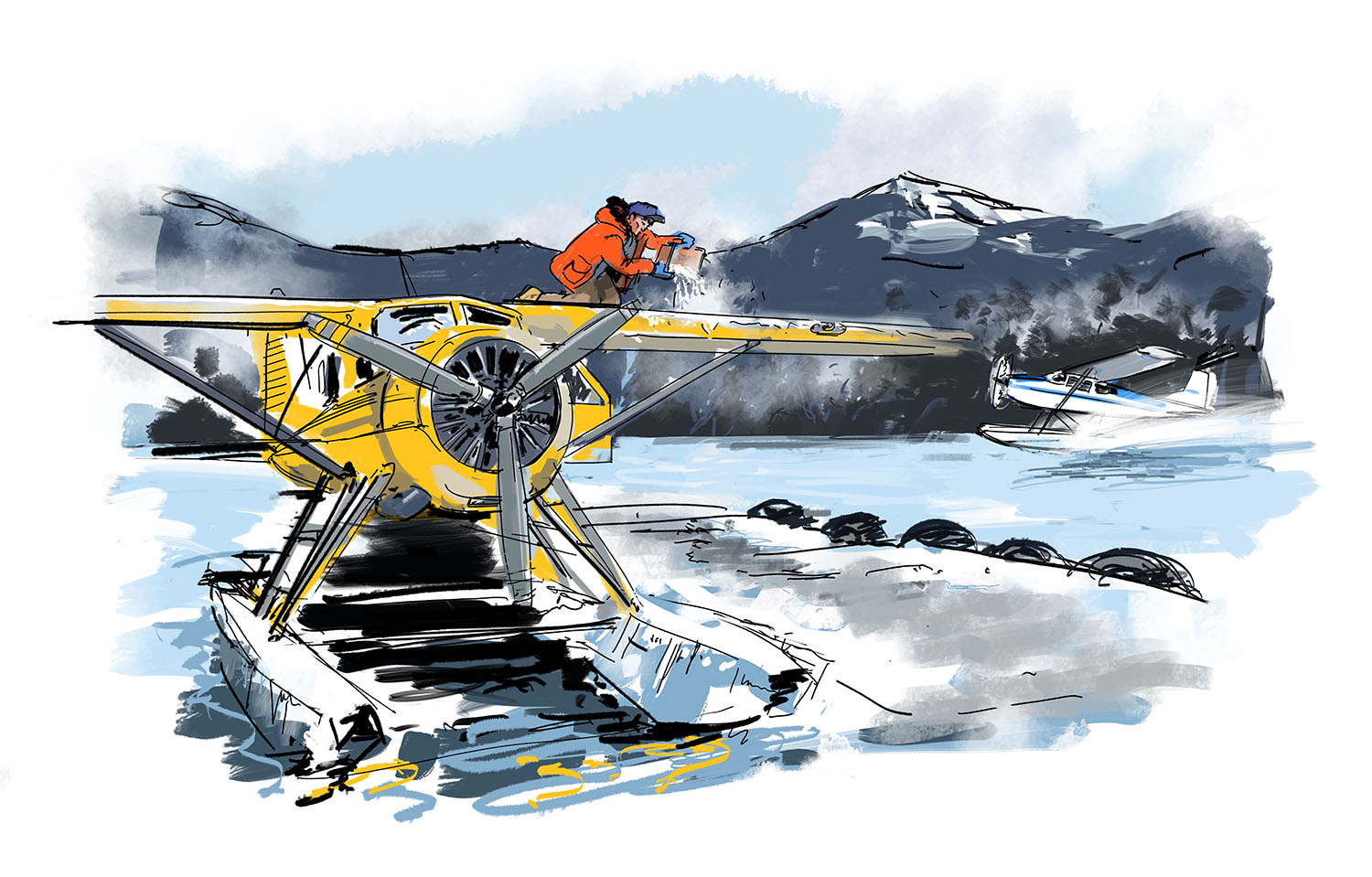