Flight reviews come to all of us every couple of years, if not supplanted by an equally rigorous evaluation and training requirement. Under Federal Aviation Regulation 61.56(c), no person may act as pilot in command unless a flight review (or equivalent) has been successfully accomplished within the preceding 24 calendar months. “Successfully accomplished” means the flight instructor giving the flight review endorsed the pilot’s logbook, attesting to satisfactory completion. 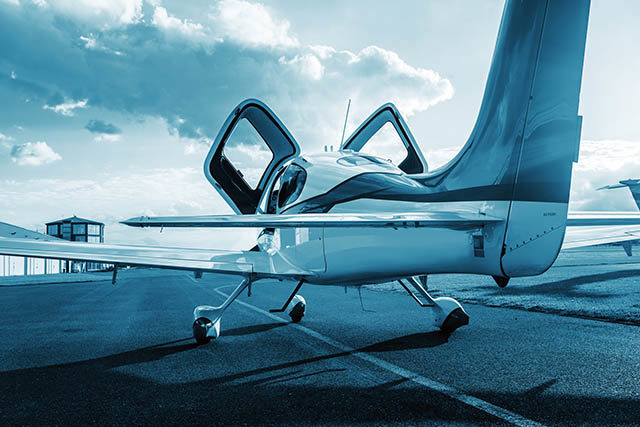 So much for the grizzled old aviator who says, “I’ve got so many hours that I don’t log my flying time anymore.” That’s fine, but there has to be some way to show compliance with the recent-experience requirements of FAR 61.57. And FAR 61.56(c) specifically says “…that person…has a logbook endorsed…” Thus, it would appear we have to dig out the logbook every two years, at a minimum.

Do not misinterpret the part about acting as PIC. Having a current flight review has nothing to do with carrying passengers; you can’t fly, even alone, if more than 24 months have passed since your last sign-off. There’s no penalty for letting the flight review lapse, but, having done so, you’ll have to have someone else fly your airplane to the instructor in order to accomplish the required training, or you must bring the instructor to the airplane. There is no requirement to take the review in your own airplane, of course. In the case of a single-seat aircraft, or one not equipped with dual controls, it will be necessary to use another aircraft for the review.

The flight review regulation was first issued in 1973; prior to that time, we used common sense to maintain our skills, perhaps with some financial encouragement from insurance companies to get dual instruction periodically. That wasn’t working too well, and the FAA thought it was a good idea to mandate at least a modicum of refresher training every two years. Initially, there was little or no guidance given to flight instructors as to what constituted satisfactory completion. Thus, some schools or CFIs would demand two or three hours of dual, while others might log a mere 30 minutes, if well acquainted with the individual under scrutiny.

The regs never used the term “biennial,” or BFR, to describe the flight review requirement. Therefore, it was clearly evident that the rule could potentially be changed to require it on an annual basis, or more often, and in 1989 such a proposal nearly made it into law; for VFR-rated pilots with less than 400 hours total time, a new regulation was going to be issued requiring a flight review every 12 months. The proposed rule was withdrawn after the lack of statistical evidence supporting it was pointed out.

In 1993, a requirement was added to define the minimum acceptable training for the flight review to be at least an hour of ground training and an hour of flight time. The flying time can be done in a simulator, but only as part of an approved course conducted by a Part 142 training center, and if the pilot isn’t current for landing, that portion of the review still has to be done in an aircraft.

FAR 61.56(d) and (e) outline the circumstances under which another required check ride or training can substitute for the flight review. If one is taking a pilot proficiency check required for an operating privilege, such as to fly commercially under Part 121 or 135, or attaining an additional rating, such as a seaplane, multi-engine or instrument rating, the clock is reset as of the day of the check ride.

An instrument proficiency check, on the other hand, does not qualify because no additional privilege has been attained. It is possible to combine a flight review with an IPC, but I have never recommended it. It makes for a very long training session and requires diligence on the part of the CFI to make sure all required items and important review subjects are covered.

Completing a phase (not just a seminar) of an FAA-sponsored pilot proficiency award program (Wings program) also satisfies the flight review requirement, as of the date of the award. To do this, it will be necessary to register at FAASafety.gov, attain three knowledge credits of instruction, and fly three specific training flights covering the required Areas of Operation. Quite often, participation in the Wings safety program enhances your pilot qualifications profile when applying for insurance.

Most of the time, I’ll begin with ground instruction, just to feel out the pilot’s personal profile and state of readiness. It’s good to find out how much he or she knows about the aircraft, its limitations, operating quirks and systems. We’ll discuss the flight’s objectives, where we’re going and any specific desires that are on the reviewee’s mind. I do have a canned ground-training quiz we can go over, which I may even have issued to the applicant in advance, but not every question will apply to every pilot, and I’ll always add extra emphasis to suit the person’s needs.

It’s critical to go over changes that have occurred in the past two years, things the pilot may have missed. The FAA is always requesting that we emphasize the latest “cause celebre,” like runway incursions or loss of control, and I like to have a current paper navigation chart on hand to point out new symbology. Regulatory updates are discussed, and any new on-line offerings are shared. I learn much about new web sites by talking with other pilots.

Now, Shall We Go Flying?

Because the word “flight” is part of the title, a flight review must involve at least one hour of time aloft. Only if I personally trained the individual and regularly fly with him or her will I put in the bare minimum; on the other hand, it shouldn’t take more than an hour and a half to see if a pilot can perform the standards of the certificate held.

I’ve always felt that meeting the flight review standard is an opportunity to do something out of the ordinary, adding to your flight experience. Even renting a different airplane can satisfy the itch. Whatever your taste, it’s important to gain something from the flight review, not just go through the motions. You can accomplish the review in any of the types of aircraft for which you’re rated; one review suffices for them all, so at least alternate among your choices. However, the CFI must hold the appropriate certification to give instruction in the type being used.

It is vitally important for the instructor to tailor the flight review to the pilot, not to use a one-size-fits-all approach. When giving a flight review, I like to find out what type of flying the pilot does, and then focus on something that will benefit him or her. That tailoring doesn’t mean I can’t suggest trying to stretch one’s wings a bit, like visiting an airplane in Class B airspace or going into a well-maintained sod strip. It is, I always state, YOUR flight review, and I’d like you to do whatever helps you advance your flying endeavors. Discussing the training objective in advance makes sure everybody is on the same page, ensuring that maximum benefit can be derived.

Bear in mind that simply going up with an instructor and logging dual does not mean a flight review has been accomplished. It is the logbook endorsement (or “Wings” phase completion) that’s the key to satisfying the requirement. Flight reviews involve both ground and flight training, and while the content is at the discretion of the CFI, the job isn’t done until the paperwork is finished. I’ve always felt it important to review the three Big Killers; control of the airplane by instrument references, slowflight and stall recovery, and takeoff and landing performance. These three items will be covered during the flight portion of any flight review I conduct.

Continuing the ground training after finishing the flight training portion, we can offer suggestions on areas that could be improved and encourage further practice, things that can be done while engaged in regular flights. Most pilots just need to fly more.

Because the flight review is a training requirement, not a testing standard, its conduct and content remain entirely at the discretion of the flight instructor. FAR 61.56(2)(a) simply says “maneuvers and procedures…necessary to demonstrate the safe exercise of the privileges of the pilot certificate.” Personally, I apply private pilot standards to private pilots, while expecting ATP standards of the ATPs; I can demand nothing beyond what was demonstrated on their initial certification ride.

Because the flight review is not a check ride, it cannot be “failed.” I can refuse to sign off an endorsement of satisfactory completion, but I can’t put anything in the logbook about the ride except remarks pertaining to the dual given. Come back, I’ll say, and we’ll finish this up later. I always stress, to the nervous review-taker, “In order to pass a flight review, you don’t have be any better than you were when you took your check ride. You probably are a better pilot now, with your experience, but you only have to meet the standards of your rating.”

During the flight review, the job of the flight instructor is to evaluate the pilot, but training is the objective, not testing. Only if you seriously scare me will I exit the aircraft running and neglect to sign your endorsement.