Halfway through the preflight inspection in Bloomington, Illinois, the phone buzzed in my pocket. I let it go to voicemail. I’m not one to screen calls, but I’m also not one who enjoys interruptions in a preflight walk-around. It was cold out, besides, and I just wanted to get back into the heat.

The voicemail was from a manager at an airline I’d interviewed with a month or two before. Like the village idiot, I’d gotten the call and let it go to voicemail at quitting time on a Friday. I wondered if I could survive the suspense of having to wait out the whole weekend to know my fate. 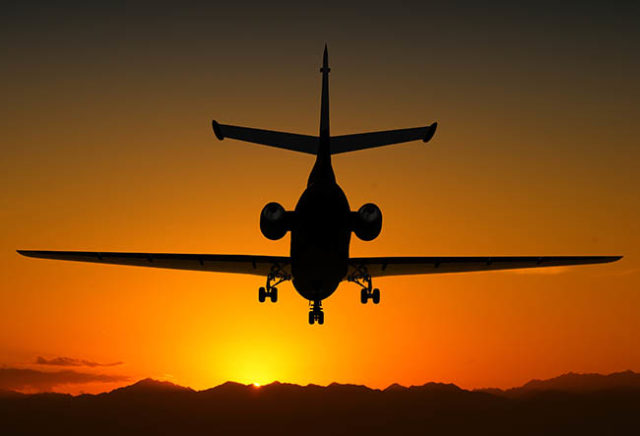 I was sitting in the right seat, pulling the ATIS and starting to load our flight plan as I hit send. I was mentally preparing to leave a voicemail of my own when the ringing stopped.

There was a voice on the other end, not a recording.

There was a job offer and a class date.

There was much rejoicing and an uncountable number of thank-yous.

After more than nine years of flying regional jets, I had an offer to move up. I scrambled for a pen and came up with a magic marker. I grasped for paper—any paper, in a flight deck where we burned through 12 linear feet of paper per flight. I came up with the piece of cardboard off the back of a hotel notepad.

After my stammered flurry of thank-yous, I fired another call off to Amy, my wife. “They hired me. I start in late March. Gotta fly. Coming home.”

The captain, one of our company’s most senior, looked at me with a smile and a twinkle in his eye. “You got the call, you S.O.B. Okay, that’s it. I’m done here. Fly us home. Congratulations, kid. We’re gonna miss you around here.”

I had about a month until class. Choosing my day to leave the company was a strategic move to manage a few days off to rest before beginning training, while also trying to pick up a few fun trips to end on a high note.

My last scheduled trip was a continuous duty overnight from Atlanta to Westchester County, New York, and back. Naps, as we called them, are rough. You typically fly the last flight into a city and the first flight back out the next morning. There’s a couple hours at a hotel in between, usually no more than five hours on the ground.

I had the leg back to Atlanta, and I misjudged my flare just enough to drive the mains into the pavement with a somewhat firm arrival. Steve, my captain on this trip, just shook his head. “I’ll tell everyone you greased your last landing,” he said.

We got to the gate, and the passengers disembarked, hurrying to their connections. I walked to the back and pulled my bag from the overhead bin. Steve offered to do the post-flight inspection, but I needed a quiet moment away from people. With a lump in my throat and moist eyes, I waved my crew off to the employee shuttle.

As I descended to the ramp, I reflected on the nine years and a little more than 5,000 hours of flying these CRJs. At several points, I stopped to remember events from the last decade. The numerous bird strikes that hardly left a scratch. The sets of tires I’d worn through. Three lightning strikes on one flight with a check airman I’ll forevermore call “Sparky.” The CF-34 engines that’d never failed me. The air conditioning packs and auxiliary power units that had failed me more times than I could count.

Returning to the left side of the nose where I began the walkaround, I noted a stenciled “operated by…” was the only place where my company’s logo adorned the jet. For a long moment, I remembered the people who’d made the company such a great place. There had been a merge, a failed rebranding and then another name change. Many had left. Planes were being shuffled to other carriers. We didn’t know it yet, but they’d soon lose the vast majority of the flying that formed our pre-merger company. I’d almost gotten the seniority to make captain before things began winding down. I’d just have to earn the fourth stripe somewhere else. Hoping I was hidden from public view beneath the jet bridge, I gave this bird a little kiss on the cheek and climbed the stairs.

I wasn’t done, though. A trip popped up in open time that was too juicy to leave on the table, a maintenance ferry from Atlanta to Tucson. I’d never flown a plane that far west. The captain, Andy, was a great guy who was restoring a Bücker Jüngmann. I’d met him just before starting at the airline. It seemed like a great way to wrap things up.

We told stories all the way out. We had an airplane, a destination, and a rough time frame. I got an eyeful of the boneyard on the way in, and the mechanics drove us to lunch. We had brought an airplane to them for an interior modernization and were planning to take a refreshed jet back. After lunch, Andy and I agreed to do separate preflight inspections. With the plane having just undergone a major maintenance task, we knew there was ample opportunity to find things unfinished.

I did my preflight. I opened every panel I could reach, climbed into the aft equipment bay, stuck my head into the landing gear wells, and peeked into the avionics bay. It was a nice throwback to my time on furlough spent as a night shift mechanic, maintaining the same birds I’d been flying.

Andy did his preflight. We compared notes. We’d both seen a few fasteners loose on a big panel under the belly. They’re a pretty common sight to find loose, but we figured it’d be an easy thing for the mechanics to tighten them down.

We figured wrong. One fastener broke. Two nut plates were stripped. We retreated indoors to an air-conditioned office while the mechanics scrounged to find the fasteners they needed.

Andy and I fired up our computers, hit the wifi, and went shopping on Barnstormers the way kids from ages past shopped the Sears and Roebuck “Wish Book” catalog. We found a Piper Aztec nearby that was dirt cheap. Andy, ever keen to flip a plane, called, and we almost got serious about buying the thing.

As we watched the clock tick away, we debated possible outcomes for the day. It was my last day with the airline. I drew up a drop-dead time, the minute when we’d have to be taxiing out, because we were near our duty limit for the day.

We weighed possible outcomes if we couldn’t get airborne in time. Would they buy a ticket home for a former employee? Could we adjust my resignation date by a day to complete the trip?

Deep down I wondered if they’d go for the most painful option: “You should have known better than to pick up a ferry flight on your last day. Those never go to plan. Thanks for your service and enjoy the next phase of your flying career.”

We continued debating the merits of buying the derelict Aztec so I’d have a way to get home. It never came to that, though. The mechanics said they’d found the needed parts and got us buttoned up with just a little time to spare. I knew better than to ask from whose plane they’d robbed the parts.

Winging our way east as the sun sat behind us, it all seemed like a time lapse video. As we descended down the arrival into Atlanta, the red flash of the Master Caution annunciators, a triple chime and the audible alert “SMOKE, SMOKE” absolutely wrecked the quiet reverie of my final flight with the airline. The EICAS screen showed an alarm for the aft lavatory smoke detector.

There were no flight attendants to query whether there was smoke back there. Andy was flying the plane. He took over the radios and I grabbed a fire extinguisher as I walked aft through the empty cabin. The message had cleared before I got halfway back, but I looked to be certain. False alarm. We figured some dust stirred up during the interior refit had settled on the innards of the smoke detector.

The last 15 minutes passed uneventfully. We landed, turned north away from the terminal, and taxied up to the company’s maintenance hangar, where we turned “our” ship over to our technicians with a write-up about the smoke detector. Andy, who parked in a lot by the hangar, gave me a lift to the shuttle pickup for my parking lot on the other side of the field. We shook hands, and I walked off to the bus stop.

In a week’s time, I was surrounded by a dozen of my newest friends in training at a new airline, deep in the books as I began learning the ins and outs of my new company and their equipment. I had graduated from flying the “Barbie Jet” to learning the Airbus. I had an intense couple of weeks in the schoolhouse ahead of me.