The way the Lower 48 United States are situated geographically and climatically, we get a lot of severe weather. From hurricanes lined up and rolling in from the Atlantic and Caribbean, to the twisters of  Tornado Alley, right down to the severe thunderstorms marching southwest to northeast and wreaking havoc along the way, America has arguably the most diverse severe weather on the planet. While tornados and hurricanes do huge amounts of damage, in terms of sheer numbers, thunderstorms are the most destructive weather events. For pilots, well, we can see hurricanes forming a thousand miles away, and storms big enough to form tornados give ample warning, and we stay well away from them. Thunderstorms can be forecasted, but they can also pop  up with little or no warning and can build to 50,000 behemoths in a matter of hours. And because they often form in lines, they are hard, if not impossible, to safely get through or around,.

Average number of TS in progress at any given time, worldwide: 2,000

Most likely time of year: Spring/Summer

State with most days with thunderstorms: Florida 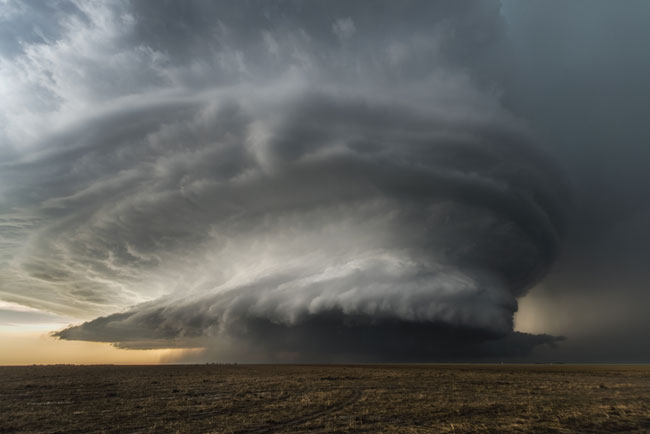 
Percentage of storms that classify as severe: 10%


Average frequency of lightning striking an aircraft: Once every 1,000 flight hours

Number of U.S. aviation accidents/incidents in which lightning was a contributing factor since 1962: 62


Macroburst, max distance: Up to 250 miles from center of downburst

TS-induced turbulence, range: Up to 20 miles laterally from storm


Location of strongest turbulence: In clouds between updraft and downdraft


Supercooled water droplets, most common location: In CB, 0 to -15°C