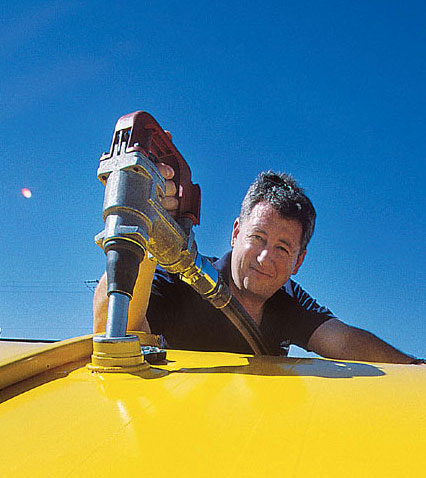 I was told when I bought my first single-engine airplane back in the last century that I could estimate my total hourly operating cost by multiplying fuel expense by three. In those days, I flew a Globe Swift that burned six gallons an hour. Fuel was only about 70 cents per gallon as I remember, so I figured my fuel cost at $4.20 per hour and total cost to operate the Swift at a whopping $13 per hour, an intimidating number in those days.

Times have changed. Today, avgas costs more like $3.25 per gallon, so flying the same GC-1B Swift would set you back $20 for avgas, $60 per hour total using the same formula.

Yes, I know. There’s no way to even approximate hourly operating cost unless you factor in the number of hours you fly each year, whether you hangar or tie down, how you handle maintenance and insurance, and so on.

Still, any way you measure it, fuel expense has become a progressively more significant consideration, especially if you’re operating an airplane such as a Cessna Centurion, Beech A36 Bonanza or Piper Saratoga. All these models burn 16 gph or more. At today’s prices, that’s at least $50/hour just for fuel. Fortunately, avgas prices aren’t as volatile as mogas costs, but any increase hurts.

Such harsh realities provide pilots with a strong incentive to stretch their fuel as far as possible. Aviators who formerly flew at the highest possible power setting have had to rethink their priorities. People don’t normally buy fast airplanes to fly slowly, but the price of fuel is giving many pilots cause to pause and use more efficient power settings. While it’s true a major benefit of flying even a slow airplane rather than traveling by car, train, boat, motorcycle, snowmobile or dogsled is speed, there’s a breaking point in fuel cost.

There are only three ways to reduce fuel expense (other than giving up flying altogether). One is to make the airplane fly faster on the same amount of fuel; the second is to fly the same speed on less fuel; and the third is to reduce the time en route between point of departure and destination by planning a more efficient flight. Implement all three methods, and you’re almost guaranteed to see a significant reduction in your fuel bill.

Flying faster has been a goal of practically every pilot since the Wrights. No one is suggesting you modify your airplane for speed, but there are a few simple techniques you can employ to improve cruise at essentially no cost.

One guaranteed method of flying faster is simply to reduce weight. The late Roy LoPresti once told me you could expect a 1% cruise improvement on most general aviation singles for every 100 pounds of weight reduction. Just as some folks allow things to accumulate in their car’s trunk, pilots often allow the pile of miscellaneous stuff in an airplane’s baggage compartment to grow beyond all normal limits. I purchased a case of oil a while back, loaded it into my Mooney’s baggage area and let it sit there for a month before finally unloading it into my hangar. You may not be able to find 100 pounds of stuff to off-load, but even 50 pounds will make a difference, perhaps as much as one knot.

It’s also important to place whatever weight you must carry as far aft as possible to move the CG toward the back of the allowable envelope. Any model of a given weight will always fly faster at an aft CG because the tail has to generate less downlift to balance the airplane. This doesn’t mean you should add weight to move the CG aft, though some air racers do exactly that, planting lead shots or weight bars in the tailcone. The benefit of an aft CG can sometimes offset the slight loss of a higher weight.

Other simple tricks that may make your airplane fly faster on the same power include keeping all vents closed if you don’t need them open, keeping the airplane clean and waxed (especially the critical leading edges), making certain rigging is correct at the annual inspection and attending to any minor nicks in the prop. Engine tune obviously needs to be as close to perfect as you can make it to assure you’re developing the power you’re paying for.

The obvious option of burning less fuel to fly the same distance doesn’t require high-order math. Every pilot knows most airplanes are more efficient when operated at lower power settings and lower speeds.

The myth is that aerodynamically clean machines, the airplanes you buy to fly fast in the first place, realize greater benefit from reduced power settings. We compared cruise speeds and fuel burns of a 1969 Mooney Executive, a 1979 Cessna 172N Skyhawk and a 1986 Beech F33A Bonanza, then calculated the relative percentage of performance and fuel burn. As it turns out, clean designs seem to benefit about the same as high-drag aircraft from lower power settings.

The results suggest that regardless of what you fly, you may realize a disproportionate increase in miles per gallon by flying slower with less power. (Duh!) The improvement in economy is obviously greatest at the lowest power setting. Perhaps surprisingly, the Skyhawk offers the best economy at 45%, providing 80% of its max cruise speed in exchange for only 63% of the fuel burn.

Flying higher also can benefit fuel economy. Many pilots get into the habit of operating at the same altitude all the time, irrespective of wind direction and velocity. Higher can be better for a number of reasons. First, the air is thinner up high, so an airplane turns in more speed for each gallon burned, no matter what the power setting. Most normally aspirated general aviation engines bleed down to 75%, the usual max cruise setting, at 7,000 to 9,000 feet. Power typically drops to 55% at 11,500 to 13,500 feet.

Second, flying higher usually means you’ll be up in smoother air, and there’s little question smoother is faster and more efficient. Finally, you may realize better winds up high. If they don’t happen to be going your direction, you always have the option to stay low.

Another common myth is that climbing to high altitude doesn’t pay unless you’re flying a long distance. Every airplane is different, so it’s impossible to generalize, but do the math for your model and you may find you’re money ahead climbing to 9,000 or 10,000 feet for even a 100 nm trip. If I don’t think about it, I tend to drive my Mooney around at 6,500 feet or less on trips less than 100 miles. It’s true my airplane hasn’t read the manual, so it doesn’t realize the book-promised fuel burns anyway, but as fuel prices have continued to climb, I’ve been climbing to at least 7,500 or 8,500 feet on short trips.

Okay, so you’ve decided to fly leaner. The only question remaining is how? On some older airplanes, there may be little choice, as the only leaning device may be the human ear. We were all taught the basic rule of leaning: pull back on the red knob until the engine begins to run rough, then push it back in just enough until the engine runs smooth again.

Fortunately, most modern aircraft use at least a single-probe EGT, and some manufacturers are installing full engine analyzers that sample EGT and CHT from each cylinder, along with cool-down rate, oil temperature and a variety of other parameters. JPI, Electronics International, Alcor, Insight and several other companies offer engine analyzers that allow you to monitor the performance of each cylinder. With any of these installed and reading properly, you can lean to the first cylinder to peak with confidence to maximize power and minimize fuel burn.

The final method of reducing fuel cost is to fly for the shortest possible time, and that may not always be over the shortest distance. The proliferation of GPS has made great circle direct routes more popular, and you obviously can’t fly less than the great circle distance between departure and destination.

Direct routes may be harder to come by when conditions are IFR, however. ATC hasn’t yet fully embraced GPS-direct routes that may cut across a number of established airways, but most of the time in most of the U.S., you should be able to fly direct.

You may be able to reduce your time en route, especially on longer trips, by following pressure patterns. You’ll often need to ad-lib on headings in an attempt to stay with the prevailing winds, so again, this technique may not work in IFR conditions, but you may find that chasing the wind can lead to shorter flights, if over a slightly longer distance.

I once knew a ferry pilot who had his own way of saving fuel. In those days, we most often flew on fixed-price contracts to our international destinations. In other words, whatever was left of the original contract fee at the end of the trip was our profit. When crossing the Atlantic in a twin, Jerry would burn down a predetermined amount of fuel, then shut down an engine, feather the prop and continue the flight on one mill. He’d lose speed, but his mileage would actually increase. When we arrived in Ireland, Jerry was always the last one to land, but he usually managed to make the Atlantic crossing on $100 or $200 less fuel than the rest of us. That’s not a recommended procedure.

Oh yeah, Jerry is flying for a major airline now, driving 757s and 767s. If you’re ever riding in back of an airline jet during a hold for weather and hear the captain announce, “Ladies and gentlemen, we’ll be holding for another hour, so I’ve taken the liberty of shutting down the right engine to save fuel,” don’t be surprised if the captain’s name is Jerry.