Master instructor Tom Turner nailed it during a presentation he gave, saying, “You need to work just as hard to be a pilot as you did to become a pilot.”

So true…and so not what we want to hear.

IFR proficiency—and I’m talking about proficiency, not just FAR currency—requires regular exercise. The enemy of exercise isn’t time, money or even desire. It’s boredom. Pilots left to practice IFR easily slip into a rut of practicing the same approaches to the same airports with the same buddy (before stopping at the same airport diner for the same chicken salad club). This degrades into not practicing enough to have a “same.”  Sound familiar? Don’t feel bad; you’re not alone.

Honestly, the best regular exercise programs need some component of simulation, but put that aside for the moment. You can make IFR exercise more interesting and effective whether it’s a sim or a real aircraft. Here are several tricks that I’ve seen work wonders.

Set a recurring day, say the second Saturday of each month, where you and a friend or two go bore holes in the IFR system. Three people are better because two get to watch while one flies, and the game is still on if one of the gang has to take a day off. If it’s a non-flyable day, meet anyway. Pull out approaches from other parts of the country to chair-fly or fly on a sim.

Each time you go out, have one thing that’s the core practice for the day. Maybe today it’s partial-panel approaches with an ILS or LPV. That’s all you do. You get to focus on that specific skill and dial it in. Stick with items that make sense in the real world. If you were really partial-panel, you’d almost certainly find an ILS or LPV, so practicing partial panel without vertical guidance isn’t realistic after the check ride. That’s unless your PFD is your only display for vertical guidance, and without it you must fly non-precision. In that case, partial panel and non-precision would be a great thing to practice.

3. Request the option and be ready to land.

Rather than ending every approach with a missed approach, let your safety pilot call it at the last possible moment. That could be 200 feet AGL on a short, short final, or it could be a reasonable visual descent point for non-precision approach. The safety pilot decides if you’ll land or fly the missed approach, and you must be ready for either.

This means you must be capable of landing, which demands an aircraft that’s on speed and configured. You may have to fly a more difficult approach or fly to circling minimums and circle to align with the real landing runway. Circling is a great skill even if you’d only use it with high ceilings and in daylight. Circle at pattern altitude if you want, but practice maneuvering to land somewhere other than straight in.

This could be a focus topic or something your safety pilot tosses in at random. Just lose one tool at your disposal and see what it does to your process. It could be the iPad, your second radio, electric trim, the MFD, flaps, etc. But just one thing. A variant on that could be losing one part of the approach system at the last minute: no glideslope, no GPS position, only having the approach with a tailwind available. The key is you don’t know what or when until it happens.

Here’s a tip: Many GPS systems have the option in their Aux pages to turn off SBAS, which disables WAAS. If you can do that secretly without the other pilot noticing (maybe while he or she is preflighting), you can watch the surprise and distraction that comes when that LPV approach downgrades and no glidepath appears. Just remember to turn it back on later.

The standard response to an autopilot doing something “unexpected” is to turn it off entirely. This is a terrible habit. You’ve just dramatically increased pilot workload at the exact moment when half your brain cycles have been hijacked, wondering why the airplane turned left when you expected it to turn right. And you probably have a final approach segment to fly. The best way to handle an autopilot that’s not turning the right way or descending as planned is to step down the automation one level. Go from nav mode and vertical nav to heading mode and simple vertical speed.

To do that competently and in the heat of battle, you must practice it. So don’t just hand-fly approaches or use the autopilot. Also practice flying an approach with just the heading bug and a basic vertical mode, like vertical speed or airspeed hold. Also try hand-flying following your flight director, if equipped. Using the “one-thing” rule from above, the first time you try this, fly the exact same approach two or three times in a row using different methods of autopilot or guidance reversion. Your focus is technique more than the approach.

6. Edit flight plans on the fly.

You should reload approaches, add or remove course reversals, and know exactly which leg to activate to get the results you want. Often this comes up in practice naturally. One useful way to make it happen is to fly approaches where the missed approach holding point of one approach is at the same fix with the hold-in-lieu-of-procedure turn for the other. You have to load an approach while flying a hold that has exactly the same hold for the next approach.

7. Divert and start a timer.

Situational awareness should include a backup airport you can divert to if needed. Have your safety pilot call for the diversion and start a timer. How quickly can you get on the ground with an approach? Even in densely populated areas, less than 30 minutes is surprisingly doable.

Want to really make practice count? Rate the approaches and have the loser buy lunch. Or the avgas. Believe me, you’ll try harder. The safety pilot must watch for traffic, but with an iPad or even a cell phone camera, that safety pilot can grab screenshots for proof. Ideally, the screenshot would show speed and altitude as well as position. Foreflight recording or the app CloudAhoy make perfect tools for this.

I’m as guilty of this with my own practice as anyone else, but as an instructor I know the debrief is as important as the flight itself. Take notes on the other pilot’s flight and have that pilot take notes for you. Use those screenshots as you discuss what happened while you enjoy that lunch one of you had to buy. Or over beer.

Having the right safety pilot is key. You want someone who’s not only legal for it but also knows your airplane and avionics well enough to give feedback on how you did. If you’re swapping approaches, knowing the equipment is required.

The pilot flying does all the routine communicating with ATC, but it’s helpful to have the safety pilot plan ahead for your next approach request and be responsible for those requests. A good safety pilot can think ahead and ask for things like alternate missed approach instructions that get you going in the right direction for the next approach, or ask ATC for an impromptu hold or delay vectors to give you a moment to regroup if things start to fall apart.

You also want someone you get along with…and who won’t gloat too much when you have to pick up the tab. 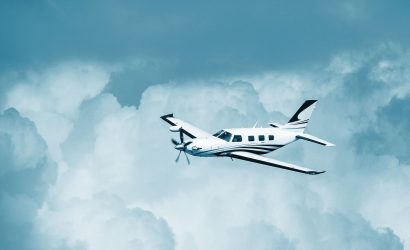 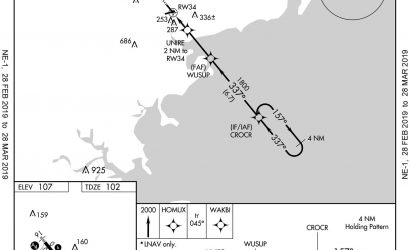