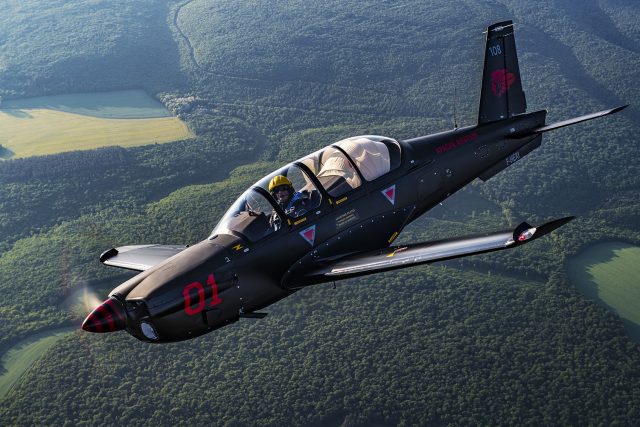 As for so many pilots, it all started for me in a C-150. My very first flight in the small Cessna trainer was one I’ve never forgotten. In an extreme climb, my pilot friend took me high up, ending the climb with a stall. “That is what happens when you force an aircraft to stop flying,” he said after he took the aircraft out of its misery to head back to the airfield. I was immediately hooked on flying, with or without the aerobatics.

I never progressed further into flying than obtaining a private pilot license for having fun in VMC conditions. I enjoyed the little Cessna 150 very much, but when my kids asked to come along with daddy for the hamburger flight, we ended up doing this in a most beautiful airplane called the TB-9 Tampico. This was one of the Caribbean models built in the south of France by Socata (now Daher).

I enjoyed the more powerful Socatas, the Tobago and Trinidad, as well but never took to flying those higher-performance planes, with retractable landing gear (the Trinidad) and constant-speed props. I was happiest when my kids and I were in the TB9, or when I was all alone in wide sky in the Cessna 150.

There is also a TB that Socata build at Tarbes from 1979 to 1989 for the French military. This military trainer, called TB-30 Epsilon, did not resemble the Caribbean line at all, except for the fin under the tail. I loved that plane from afar, as I frequently watched it flying at airshows all over Europe as the French military had set up a demonstration team, Cartouche Doré, that wowed the crowds on many occasions.

As luck would have it, my path would cross with the Epsilon trainer. The famous Breitling Jet Team, which performed all over the world and recently visited the U.S., has long flown the L-39C Albatros. The home base of this team is the city of Dijon in the mid-eastern part of France. The company behind the team, Apache, runs an on-demand charter operation that also provides upset and recovery training in, guess what, a six-plane fleet of phased-out Epsilon trainers. Jetfly, a huge FBO in Luxemburg, is already sending more than 100 pilots to Dijon for the course.

As it was becoming very clear to me that flying in the TB-30 Epsilon would make my Caribbean line experience complete, it appeared flashing on my bucket list. And guess what? On October 12, 2018, I was strapped into F-HEX by BJT-3 pilot Vincent Marteau, who took me for a ride in the TB-30. I was in for UPRT lesson 1: stall recovery under the hood. Here, as you can see in the accompanying photo, the “hood” is a linen canopy that blocks the rear pilot’s outside view of the world. As soon as the PIC puts the aircraft in an awkward position, it is up to the trainee to recover from that position by reference to the instruments alone. Here I was again, 40 years after that very first flight in a C-150, recovering from a stall.

The planes are so different, but the common denominator was this: It was just as much fun 40 years later as it was back when I was a newbie to aviation. The first experience got me hooked. The second one? Well, it’s what kept me hooked, as if I needed any help with that.