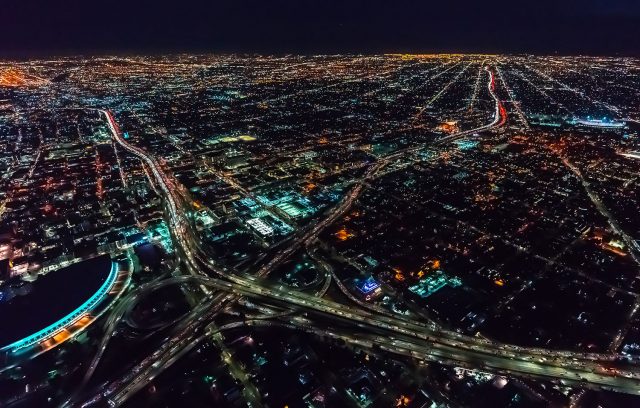 There’s no difference between flying in daylight and flying at night—except you can’t see anything. So goes the sage advice from my old flight instructor, and he’s essentially right. The airplane doesn’t know or care that its pilot is visually impaired during the hours of darkness. It performs and responds just as it does in daytime. However, we, as the human pilot, are the weak link in the conduct of successful night flight. Accordingly, we must respect our limitations, and they are manifestly increased when we fly in the dark.

We are supremely blessed with our freedom to fly as we choose in the United States, and this liberty extends to the FAA’s tolerance of night flight. The FARs make few restrictions on our ability to fly after sundown, mandating only slightly higher flight visibility for VFR operation, 15 minutes more reserve fuel and a separate recent-experience requirement. Even if you haven’t flown at night for year or more, you’re perfectly legal to blast off solo at midnight in a single-engine airplane under an overcast with three miles of drizzly visibility. Dumb, but legal.

With such freedom comes great responsibility. In much of the world, only instrument-rated pilots are allowed to fly at night. If we’re going to continue unfettered VFR night flight, we must avoid bringing attention to ourselves through a noticeable increase in accidents. That means we often must restrict our nighttime activities in a manner far beyond the bare bones of FAA regulations.

Rather than requiring a specific “night VFR rating,” the FAA mandates that all, with few exceptions, would-be private pilots complete night training in order to qualify for the license. The perfunctory three hours and 10 takeoffs and landings, with 100 miles of cross-country night flying, are all completed with an instructor in the right seat. It is questionable whether 40-hour students are then truly up to speed on night flying, having barely proven themselves capable of daytime flying. Nevertheless, those are the training standards we’ve been using for years.

In my career, I’ve seen the pilot certification rules change from requiring no night training at all, leaving it up to the new pilot to get checked out at night on his own when the time came, to an option of having “night flying prohibited” placed on the license if the applicant wanted to skip night training, and then finally a shift to mandatory night qualification. I have trained pilots for night flying under all the systems, and I always found the three hours to be about right for a night checkout. Today, even though they’re legal for night flying, I still recommend new private pilots log about 100 hours in daylight and then come back for a night refresher course before they try it on their own. The added experience will make the difficult task of night flying much more tolerable, and their confidence will be greatly increased.