Some things never change, or at least they hardly ever do. As they have for decades, when pilots train for their instrument rating, they learn all about Low-Altitude Enroute Charts. For many of us, we pay little attention to much of the detail on them anymore, which is okay, we reason, because we typically file direct from our departure airport to our destination using GPS.

In some cases, though, we might be assigned to cross a VOR or a waypoint or, more commonly, get vectors from ATC that take us off of our direct routing. Frequently, this still gives us little reason to pay much attention to the details on those low-altitude enroute charts.

But, as we make changes to our airspace system, these charts have begun to see more things of consequence noted on them to which we may need to pay some attention. A few of these notations may make big differences to us if we need to use those VORs, Victor Airways or waypoints along our flight paths.

In the old days, and I feel like I’m dating myself, you could look at an enroute chart and be pretty confident that a Victor Airway was going to be useable if it were published. Unfortunately, those days are gone.

Looking at the excerpted chart segment, there are a few things that I can point out that would be great clues to an IFR pilot that some sections of the VOR navigation options may be limited, unavailable or downright out of service. (Figure 1)

First, let’s look at a quick, obvious key, and one that’s more permanent in nature. (Figure 2)

When the FAA has determined that a segment of a Victor Airway will no be longer usable for a long period of time, it puts the notation in the charts. So take that into account if you’re filing a flight plan using Victor Airways. It might not take, though now you’ll know the reason why.

In some cases, a Victor Airway may not be able to be reliably used with a VOR signal anymore, but the Victor Airway could still be used with an alternate form of navigation equipment. This next image shows us an example of this, where the FAA has charted an actual notation that indicates: “PMM R-243 UNUSABLE EXCEPT FOR AIRCRAFT EQUIPPED WITH SUITABLE RNAV SYSTEM WITH GPS.” This means that you can fly the Victor but only if you use GPS to do so, not the VOR signal associated with this radial. (Figure 3)

Why would this be the case, you might ask?

Well, I personally know this one is a VOR that has areas of coverage that don’t provide reliable signals in some radials due to signal blockage. As we transition to the Minimum Operational Network (MON) for our VOR system, meaning as we decrease the number of active VORs, many of them are not being fixed or upgraded when problems occur. If they are going to be gone soon anyway, we aren’t sinking money into keeping them going longer.

It used to be that an airway might list a MOCA (a number with an * before it) and MEA along a segment. The MOCA guaranteed you wouldn’t hit stuff and signal reception only within 22 nautical miles of a VOR. The MEA gave that same obstruction clearance but also navigation reception was guaranteed along the entire segment of the airway. We have now added a third number between these on some segments, denoted in blue and with a “G” after it. (Figure 4)

In some cases, like the example above, these GPS MEAs also include an “MAA,” or “Maximum Authorized Altitude.” This particular route was put in place as a part of a GPS routing around the west and north of Chicago’s O’Hare airport to help pilots transition the area without having to go from VOR to VOR and includes a maximum altitude to keep these aircraft from getting higher where they might be in the way of higher-flying airline traffic coming into the area.

Speaking of transition to that MON VOR network, many VORs are completely NOTAMed as out of service. This is something that won’t show up on a chart and takes some digging to find out but can be important if you are considering using VORs in your cross-country navigation.

The only way to find out if a VOR will be usable is to check NOTAMs for specific VORs that you plan to use along, or near, your route. This can get tedious, and many pilots skip this, especially when they typically rely on the use of GPS for navigation.

It’s even more challenging if you’re transiting an area that was off the path you had originally intended to fly, potentially as a rerouting for weather or on an ATC re-vector for traffic. When this happens, pilots may find themselves navigating using VORs for which they had not checked the status in a preflight briefing process. This can lead to attempting to use VORs that are not actually in service. So, to state the obvious, they won’t be of any help.

Whether you knew ahead of time or found out enroute, when a VOR is out of service and not usable, one of the main effects a pilot will need to consider is that they can no longer use the published MEA for an airway. They must use the Off-Route Obstruction Clearance Altitude (OROCA) for the area in which they are traveling.

You can see this in the following image, where an MEA is listed along the airway but a second arrow is highlighting the “sector” OROCA that would be applicable. In this case, it would mean needing to fly at a minimum altitude of 3,000 feet MSL instead of being able to potentially fly as low as 2,600 feet MSL if you were on the airway with fully functioning VOR service. (Figure 6)

Why does it matter if I need to fly a little higher, you might ask?

Well, for non-functional VORs and maintaining at least the OROCA altitude, or when using an airway and needing to hold a higher MEA when a lower GPS MEA might be available are both instances where a pilot is held at a higher altitude. Higher may sound better in most cases, but in times where higher altitudes put a pilot into icing conditions or even if a lower altitude might allow a pilot to descend below a cloud deck into VFR conditions, lower can actually be safer sometimes strategically. In either case, more limited options give the pilot less opportunity to make some potentially safety-enhancing decisions.

Do I really care if VORs aren’t usable anymore? Or do I really need to reference the Low-Altitude Enroute Chart when I am just flying GPS direct?

The short answer is, yes. How much depends on the situation you find yourself in and how it will affect your particular route of flight.

But there still may be times when you will find yourself relying upon VORs to navigate, and when that happens, it will matter to you.

In days of GPS outages for signal testing or blocking, you’ll be left with the VORs as a primary source of navigation. Especially if you are in an area where radar service is distant or unavailable based on altitudes.

Knowing how some of the potential limitations are denoted on the modern low-altitude enroute chart will give you the information needed to make potentially critical safety decisions. 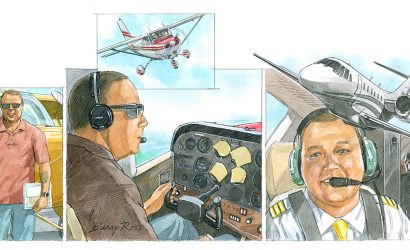 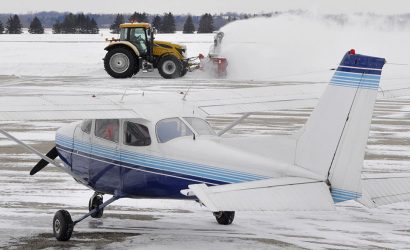 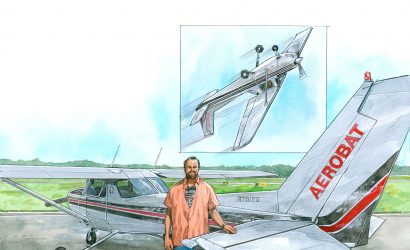