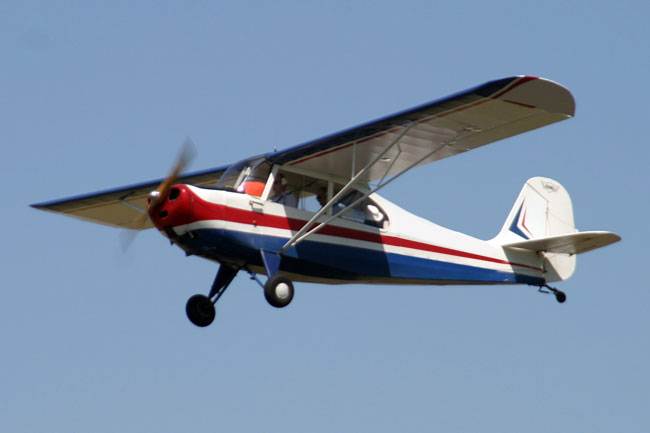 There are pilots who don’t need to be convinced of the Champ’s charm and value. This little taildragger, which was a direct competitor to the J-3 Cub for a time, is in some ways a better airplane than a Cub. Like the J-3, it’s got tandem configured seating, but unlike the Cub, a solo pilot in a Champ sits in the front seat, so visibility while taxiing is good, compared to next to none on the J-3.  Which one handles better on the ground is debatable, with the two camps disagreeing on which is more susceptible to a ground loop.

The Champ, in my experience, is considerably easier to land than the J-3. Though it feels heavier on the controls than the J-3, the Champ requires a bit less attention than the J-3 while offering the same terrific view downward. There is one big Cub advantage here: It can be flown with the door latched wide open, something that Cub owners are certain to do on any given summer day.

Still, for those folks who want a Cub and who haven’t flown a Champ, I’d highly recommend begging a ride in one if you can. You can find Champs of various vintages with low-time engines (they were outfitted with anywhere from a 65- to a 95-hp Continental engine) for less than $25,000, which is at least $10,000 cheaper than a comparable J-3, and that will buy a lot of gas for a lot of memorable trips aloft, but not too high. You’d be missing the point of a Champ.

Read more about the Aeronca Champ.