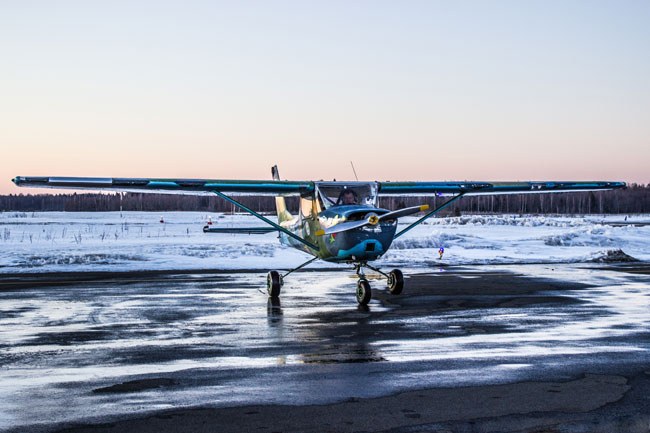 Introduced in the late 1950s, the Cessna 150 was a revolutionary airplane at the time. A tricycle gear, side-by-side two-seater, the model gave instructors and students exactly what they were looking for, an easier-to-fly and -land trainer that held up to a seemingly endless succession of bad student landings. The 150 is sometimes trimmed out and branded as the “Commuter,” and it is a surprisingly good runabout, with good visibility for sightseeing, space for a couple of good-sized duffle bags behind the seats, and enough room to seat two friendly, lean people—admittedly sometimes barely.

There are a lot of 150s out there, too. Cessna built nearly 25,000 of the birds (along with around 7,000 of the closely related 152, another good value). The engine in the 150 is the Continental O-200, which purportedly produces 100 hp and burns around 7 gph. The O-200 is relatively cheap to overhaul, and parts are readily available for it. Early 150s, like their 172 and 182 relatives, had the straight tail and fastback upper fuselage design, which some people think looks cool. Later models were slicked out with the swept tail (necessary for the near-supersonic cruise speed of close to 100 mph) and rear window. Because they’re so plentiful and offer such modest capability, the 150 is a terrific value. You can get a good used one for as little as $15,000.

Read more about the Cessna 150.