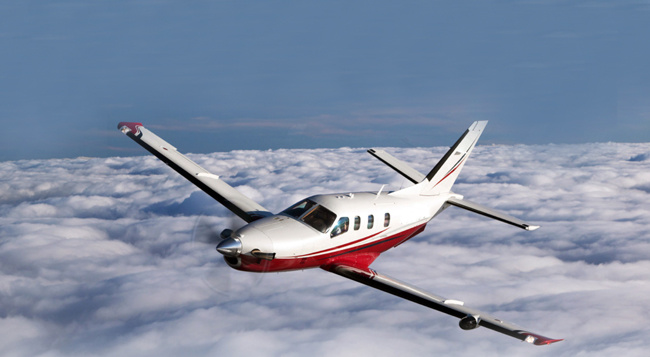 The world’s first true, corporate, turbine single is also the fastest airplane in our analysis, no big surprise since it flies behind a 700 shp Pratt & Whitney PT6A-64 turboprop. (The Cessna Caravan was actually the first single-engine turbine, but the non-pressurized Caravan is more of a utility cargo van, whereas the TBM-700 is a corporate Ferrari.)

The TBM-700 began life as the six-seat Mooney 301, the brainchild of Roy LoPresti’s design team in Kerrville, Texas. When Mooney was purchased by the French SOCATA Division of Aerospatiale in 1985, it was decided to upgrade the 301 to a turboprop and produce the resulting airplane in both Texas and Tarbes, France. Mooney subsequently ran into financial problems, and the 301 became the TBM-700, produced exclusively in France by SOCATA.

The TBM-700 premiered in 1991 at a price of $1.3 million, and initial deliveries were to the French military that needed a fast reconnaissance aircraft that could use short runways.

In fact, the TBM-700 has endured well in virtually every area. At only 6,595 pounds gross and an empty weight of 4,025 pounds, the model 700 boasts a 2,500-pound useful load, and even a full 1,910-pound fuel load leaves a payload sufficient for a pilot and two passengers. Unlike pilots of piston aircraft, flight crews flying behind turbines rarely top all the tanks, so range would be little affected on the 700 by leaving a mere 30 gallons behind, making allowance for a fourth soul onboard.

The TBM’s cabin is a comfortable place to travel, 48 inches across by 49 inches tall, roughly the same dimension as the Piper Malibu/Mirage/Meridian. Pressurization differential is a stout 6.2 psi. If you cruise at the sweet spot, about 26,000 feet, you’ll typically enjoy a cabin altitude of 6,500 feet.

In cruise mode, the TBM-700 can turn in numbers more reminiscent of light jets than turboprops. Climb is nearly 2,400 fpm from sea level, and top cruise is 290 knots. When RVSM-equipped, the airplane has a maximum operating altitude of 30,000 feet. At 270 knots, the 700 can reach out and touch destinations 1,500 nm distant, making eastbound, one-stop, transcontinental flights well within reason.

The TBM-700 earned its place at the top of our best buy survey because it flies behind one of the most reliable engines in general aviation and represents the most performance you can buy for $1 million or less. On top of that, it’s faster than most of the twin turbines at less than half the fuel burn.