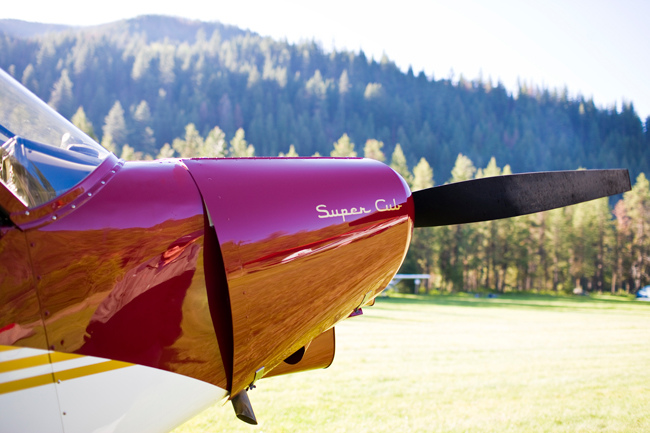 Super Cubs are special to me, as my first flight in an airplane back in the last century was in a Super Cub on skis, though it would hardly qualify as “super” by today’s standards. The one-hour search-and-rescue mission was in a basic J-3 Cub in Alaska when I was 13, and the engine recently had been upgraded from the stock 65 hp Continental to an 85 hp mill.

Those early Cubs employed the USA35B airfoil, and today’s pseudo-PA-18s continue with the same wing. The tube-and-fabric Cub may seem an anachronism, but if it’s a dated design, it hardly needs any updating.

Piper Super Cubs made the switch to 150 hp in the late 1950s, and as you might imagine, the transformation in performance was dramatic. Abbreviated takeoffs were outstanding. The extra power was just what the PA-18 needed for bush operation, allowing a Cub to levitate off virtually any hard surface in less than 200 feet, and the 37-knot stall speed allowed PA-18s to land in half that. The bigger engine was especially useful for leaping out of high mountain strips or for float flying out of short stretches of river or small lakes.

Cubs offered transport for two humans, one pilot and a pair of Huskies or a pilot and as many supplies as could be crammed into the back portal.

Despite the airplane’s obvious utility value, Piper had long since stopped producing any other wood-and-tube-and-fabric airplane by 1994, and the company finally discontinued production of the Cub. Shortly thereafter, CubCrafters of Yakima, Washington, long a provider of spare parts for the PA-18, assumed responsibility for construction of new Cubs under license from Piper. CubCrafters was awarded its own type certificate in 2004 and continues building the popular bush bird.

Those who claim nostalgia isn’t what it used to be need look no further than the continuing popularity of the basic Cub design for proof to the contrary.