I got my Certified Flight Instructor Instrument (CFII) rating in Alaska in 1983. It was the icing on the cake after earning my Private, Instrument, Commercial, Seaplane and Multi-Engine ratings as I now had the bona fides to be considered a professional pilot with a marketable skill. But, like most low time CFIs, I had serious doubts about my ability to teach anyone anything, particularly about flying. I was still a beginner myself, with less than 300 hours in my logbook. I made mistakes (and still do) and learned something almost dramatically new on every flight. Like the feeling I had on my first solo flight, I wondered if I was ready, and, with my lack of self-confidence, I wondered if anyone else believed that I was, either. But the government issued my rating, so it must have had some trust in me. When I started instructing, I soon found out that I knew a little more than I thought I did and that having to explain things was a way of learning more about flying, about myself and the psychology of others, and as a result gave me the self-confidence and esteem that I needed.

I was surprised by how easy it was to get a job. “Sure,” the first operator I spoke to at Merrill Field said, “you can start on Monday.” The flight school used Piper Tomahawks, no one’s favorite airplane. I had luckily escaped having to fly one so far, but after a short flight I found there wasn’t much to it, except that stalls felt precarious because the tail shook so much and made a lot of “spam can deluxe” noise. I hadn’t taken aerobatic lessons yet, so stalling the “Trauma Toilet,” as we not-so-affectionately called it, felt even more uncomfortable. 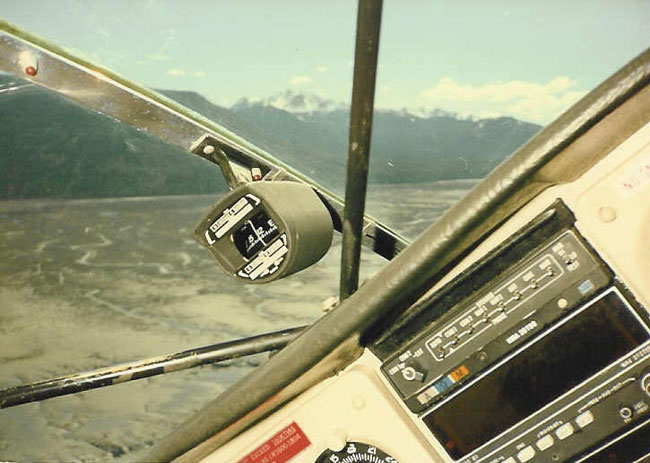 My first student was a young guy who was as good a student as one could hope for. Nice, personable, a quick learner, a natural. When the day came for him to solo, I knew he was ready. Meanwhile, while he was up in the air, I was biting my nails and wishing the experience would be over. I had other students, too. One of them showed up for a lesson with the distinct small of alcohol on his breath. I wasn’t sure how to handle it, so I didn’t say anything. Was it illegal to take a lesson after drinking? I didn’t know. Of course, today I would immediately confront the situation, but back then I worried about the moral implications and what I should say to him. One day I was flying with another student, when, after a nice touchdown, the landing gear collapsed. We walked back to the FBO and the owner said something like, “Oh yeah, that’s that AD we were going to get to on the next annual.” I didn’t know what to think about that, so instead of asking, I left and found a job teaching at another, new flight school on the other side of the field.

At that time, everyone was taking advantage of the Alaskan Student Loan Program, which loaned each student enough money for “vocational training,” including flying after the Private Pilot’s License. I got most of my ratings using this program, including my CFII and even part of my helicopter rating. The real gem of the program was that repayment interest was only 5 percent, and for every year up to five years (or 50 percent) you remained in Alaska, the state of Alaska would forgive 10 percent of the loan. Of course, this was also a goldmine for the flight schools. Students didn’t have to but were encouraged to deposit their entire annual check at the school and use it as credit toward their flying. The new flight school where I was going to teach was no exception. It seemed more modern than the previous one and certainly had a lot of students, and I was excited about my first day. But when I got there, I saw official government notices posted on the doors and windows. Apparently some sort of crime had been committed, and I found out that the smooth-talking owner had absconded with all of the students’ loan money that had been deposited into his account. He ruined a lot of people’s flying dreams, and I always hoped I’d run into him again so I could alert people to what a scumbag he was.

The flight school thing wasn’t working out very well, so I decided to go freelance. I put a small ad in the Anchorage Daily News, “CFII offering Tailwheel training…” and the calls starting coming in. One of my first students flew a Taylorcraft off Lake Hood Strip. The “student” had been flying for a long time but was hoping to get his license (remember, this was Alaska). We were flying over Point MacKenzie, across the inlet from Anchorage, and I said, “Okay, let’s pretend you have an engine failure—where will you land?”

He thought for a second then said, “Over there in that clearing in the tundra.”

“Well, there’s a road over there. Why not land on it?”

He said, “Because I land in that spot on the tundra all the time!”

Clearly, I was outclassed. I had never landed in the tundra. I believe he was one of more than a few pilots in Alaska at the time who were fabulous bush pilots but didn’t have good reading or writing skills, perhaps from spending their life working in the bush, and were afraid to take the written exam, so they never got a license.

My next student had bought a 180 hp Super Cub and asked me to teach him to fly it. We started training, and while we had many landing excursions, we never ran off the runway because with the Cub we could power our way out of many a bad landing! We flew the Cub up to the point he had to start the instrument portion of his training and then had to rent a Cessna 150 to finish the instrument portion of his license. The student was about 6 feet 4 inches, so he was really crammed into the cockpit. We were finishing up some of the final touches for his check ride, and since he had been flying really solid, I was relaxed and didn’t have my hands near the controls on every landing. So, after a nice touchdown, when he suddenly veered off the runway and onto the grass—where we stopped with no damage except to our pride—I said, “What the heck happened?!” He soon figured out that his wallet was pressing on his lower back area and must have hit a nerve that caused his leg to go to sleep, causing him to have no feeling in that rudder foot. I was learning 1) that a good CFI should never relax; 2) that anything that can happen, will happen; and 3) to always expect the unexpected.

I don’t know what my teaching “technique” was like in those days, but I have always felt learning to fly should be a fun experience. Like my students, I didn’t learn to fly because I was forced to, and I wasn’t in the military, so I used the lessons learned from my previous flight instructors and didn’t yell or berate my students, and I certainly didn’t show off what I knew and they didn’t (which wasn’t that much, trust me). I had flown with the best of the best instructors, who were patient, understanding and encouraging. They were the ones I would model my teaching style after. I wanted my students to love to fly and enjoy their training, and I still do.

Teaching is a big responsibility. When I was studying the Fundamentals of Instruction for my CFI written exam, I learned about the Law of Primacy, which states: What is learned first is best remembered. Now that I have a lot of experience, I realize how many of the things I learned from my first flight instructors have stuck with me for many years in a powerful way. I was extremely lucky to have such good instruction in Alaska, an unforgiving and demanding environment. Learning to fly there, and without Loran or GPS, has influenced my flying ever since. It’s essential for a low-time CFI to know how important the Law of Primacy is when teaching new students.

When a potential student pilot asks me for advice, I say the most important thing is to find a flight instructor who appears professional and who they have a good rapport with. When I hear stories about CFIs who make it clear to their students that “they’re only in it to build time,” I know that they are insecure in their role. Perhaps they don’t feel qualified and so have to “bluff” the student into believing they are more experienced or important than they really are; or maybe they don’t have the maturity level to go along with the certificate. Possibly they really are just “building time” and don’t care—but they should, especially if they want to become real aviators.

For pilots who are on a career path toward a profession in aviation, I tell them the most important thing is not to bypass the CFI experience. When you have to explain something, you gain a deeper understand of the subject matter. You will learn not only about flying but about yourself. Teaching someone to fly requires good analytical skills and a basic understanding of the psychology of human nature. It’s a rewarding challenge for both the instructor and the student.

After my initial forays into flight instruction, I started to get involved with aerobatics, which required traveling to contests and airshows, so I didn’t have as much time to teach, but I have renewed my CFI credentials every two years, as required by the FAA, by attending two-day refresher courses, completing online courses, and taking check rides. Having a CFI has given me a lot of opportunities to help others renew their BFRs and give Instrument Proficiency Checks, and has led to other opportunities like teaching overseas. It’s a rating that made me a professional pilot and one I’m really proud of.

Patty Wagstaff is a three-time U.S. National Aerobatic champion, inductee of the National Aviation Hall of Fame and one of the world’s top airshow pilots. Visit pattywagstaff.com/school or reach Patty via email through [email protected].