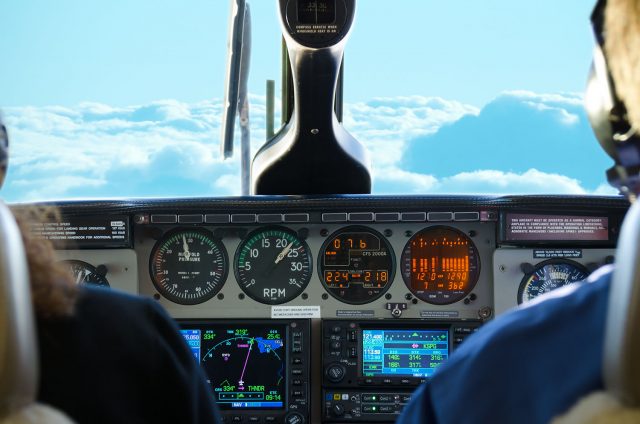 The FAA issued a Notice in October that allows more flexibility in how Designated Pilot Examiners (DPEs) conduct practical tests These changes are poised to help alleviate some backlogs in the scheduling and conducting of practical tests in the United States for pilots and students.

Specifically, the major points of change included allowing DPEs to conduct tests without being limited geographically (previously they were limited to operating only in their Flight Standards District Office—FSDO—area) and that applicants seeking initial CFI practical tests will no longer be required to contact those FSDO offices to assign an examiner for those tests. The FAA also increased and removed some limitations on the numbers of tests DPEs are able to conduct in a day.

These may seem like small changes, but the effects can be significant on the throughput of pilot test scheduling and conduct in the United States.

First, the time it was taking to request an initial CFI practical test was a delay in the scheduling process. We all know that the staff at the FAA offices are busy with many tasks, and removing that extra hurdle in the scheduling process allows applicants to work directly with examiners and schedule with whatever examiner might be able to best or most rapidly serve their scheduling needs.

Removing the geographic restrictions on DPEs allows more flexibility for practical test applicants to seek the closest, the most available, or, in some cases, even most qualified DPEs to serve their testing needs. This is especially helpful for DPEs who live near previously restricted FSDO boundaries, allowing them to more easily travel to applicants and provide tests at airports that are close by but were previously outside of their districts. It is also going to be very helpful for applicants seeking specialty testing such as sea-plane and glider tests, testing for which there is a limited number of qualified DPEs around the country, and in many areas, no qualified examiners exist. With the removal of these boundary restrictions, DPEs could travel to where the testing is needed instead of having an applicant and their aircraft travel to the DPE’s district. The potential to reduce applicant costs associated with moving an aircraft to the test instead of the DPE to the aircraft are obvious.

While DPEs are still expected to provide primary service to the areas in which they were designated and reside, when available, they may elect to provide services away from home on an interim basis, during periods of seasonally bad weather at their home areas, or when their specialty services warrant their traveling to other locations for tests. This flexibility would allow some flight training providers to bring DPEs from other areas where the testing volume is lower to where it is greater than what is able to be served by the number of DPEs available locally. This isn’t intended to be a long-term solution to testing capacity concerns but could help alleviate any challenges when training expands in areas or as the FAA selects and trains additional examiners in high-density training locations.

Lastly, the FAA increased the allowable number of full tests a DPE may conduct in a given day from two to three and removed any limits on how many “re-tests” a DPE may give within a day.

The practical application of this doesn’t mean a DPE is going to conduct three full longer practical tests such as an initial private, a commercial multi-engine or an instrument practical test, but it is certainly feasible that an examiner might be able to appropriately conduct three seaplane, three commercial single-engine add on, or three or four retests for applicants who just needed to get a couple maneuvers done to finish up their testing. This additional flexibility allows DPEs to get more activities that are shorter in time requirement done in a single day, thus freeing up more time in other days to increase the testing throughput capacity in our pilot training and testing system.

In the notice, the FAA highlighted that,

“Traditionally, DPEs have been appointed and managed by a Flight Standards District Office (FSDO) and were limited to conducting certification work within the FSDO’s geographic boundary. The Future of Flight Standards initiative is removing geographic borders for many FS safety assurance functions because these limitations no longer serve the public interest. Geographic limitations contribute to increased difficulty in providing timely certification services across the country and exacerbate the pilot shortage that has resulted from a rapid expansion of the aviation industry.”

These changes are the result of work over the past year by FAA staff in Washington, D.C., and Oklahoma City and some dedicated industry representatives such as DPEs, the Flight School Association of North America (FSANA), the AOPA and some dedicated representatives from flight training operators. These changes are expected to be followed in the future by some additional efforts but are a first step in making modifications to our testing system to keep the pilot training pipeline flowing strongly for the foreseeable future.

If you are interested in seeing the full content of the FAA’s Notice 8900.485 that made these changes, it can be seen here.