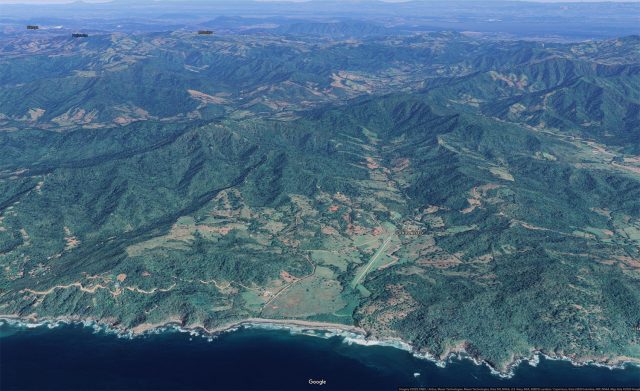 Some countries play it close to the vest when it comes to controlling the investigations into airplane accidents. This is especially so when initial evidence calls into question the competence of a state airline or the government’s air traffic control system or pilots from their nations. More typical, however, is that nations welcome participation by expert investigators from other countries. That’s the way it was with Costa Rica when, on December 31, 2017, Nature Air Flight 9916 crashed shortly after departing Punta Islita Airport near Corozalito, Costa Rica.

Flight 9916 was a Cessna 208B Caravan operated by the Costa Rica airline Nature Air, which was based in San Jose. The flight operated as a commercial charter to carry 10 passengers, all U.S. citizens who had been staying at a resort, to the Juan Santamaría International Airport in San Jose, where they would catch flights back to the U.S. The pilots were Costa Rica nationals. All 12 people on board the Cessna were killed in the accident.

The first officer held a Costa Rican commercial pilot certificate with ratings for single-engine land, multiengine land and instruments. She was 26 years old, and her Costa Rican first-class medical certificate was current. Her logbooks were not available for the investigation, but her resume indicated she had 453 hours.

The passengers were members of two families. Bruce and Irene Steinberg of Scarsdale, New York, were flying with their three sons, ages 13, 18 and 19. Drs. Mitchell and Leslie Weiss and their two children, ages 16 and 19, were from Belleair, Florida. The 10th passenger was a tour guide who had accompanied the families while they were visiting Costa Rica.

The accident airplane was one of two Nature Air Cessna 208Bs used to transport hotel guests to the San Jose airport. The departure airport on the accident flight was privately owned and did not have a control tower. It had one paved runway, 3/21, that was about 3,000 feet long and 30 feet wide. There were no taxiways; airplanes used the narrow runway for taxiing. The pavement was in less-than-perfect condition, with patches of vegetation sprouting up through cracks and holes in the surface. There was no weather station at the airport, but there were a couple of frames to hold windsocks, with someone no doubt having figured that pilots needed to be able to get an idea of the wind direction and speed. Unfortunately, there were no windsocks in the frames at the time of the accident. Despite this, the airport did have a functional video surveillance system installed and working at the time of the accident.

The airport was located in a valley and was surrounded on three sides by higher terrain. Airplanes taking off from Runway 3 typically would maneuver through a pass to the east in order to clear terrain. Flights departing from Runway 21 would be able to climb over the lower terrain leading to the Pacific Ocean and gain sufficient altitude before turning toward the higher terrain.

A witness told investigators that he spoke with the pilots of both Nature Air flights that day and reported that they knew they had to use the eastern pass through the high terrain when departing from Runway 3. Indeed, both pilots used Runway 3 for departure that day.

The NTSB’s report suggested that a tailwind existed for takeoff from Runway 21, and the pilots likely believed they’d be exceeding the airplane’s 10-knot tailwind takeoff limitation if they took off to the south.

The first flight took off from Runway 3, climbed out normally and made a right turn to the east. It continued through the pass and had an uneventful flight to the international airport at San Jose.

The hotel staff member who had brought the passengers to the airport told investigators that the accident airplane departed about 15 minutes after the first 208B. The employee said it did not make the same right turn as the airplane that took off ahead of it but continued flying the runway heading until it made a left turn.

The airport surveillance system showed part of the takeoff and captured the accident sequence. The NTSB said the airplane was visible in the video for about 25 seconds. It was shown to be climbing on a heading of approximately 030 degrees. It then was shown starting a left turn. Investigators determined from the video that the bank angle of the airplane got steeper, and then it descended into the terrain. The accident site was about four-tenths of a mile from the departure end of Runway 3.

Investigators ran a computer analysis of the video in order to estimate the airplane’s orientation and speed in various locations during the departure. They found that shortly after lifting off, the airplane’s speed across the ground was 68 knots, plus or minus three knots. The climb rate was estimated to be 715 feet per minute. The Safety Board reported that several seconds later, the airplane was in a descent of about 1,510 feet per minute at a speed across the ground of 82 knots, plus or minus four knots. The airplane’s bank angle during the left turn was estimated to have reached 75 degrees.

The Safety Board found that the Pilot’s Operating Handbook for the 208B showed that with 60 degrees bank and no flaps extended, the stall speed would be 110 knots at maximum gross weight. With 20 degrees of flaps, the stall speed is reduced to 98 knots calibrated airspeed.

Investigators plotted four takeoff paths using Runway 3 and found that the only way the airplane likely would have had sufficient climb performance to clear terrain would have been if it made the same right turn as the airplane that had previously taken off, instead of the left turn the accident aircraft made.

The airline was supposed to have provided special training for pilots who fly into and out of unusual or difficult airports, according to its General Operations Manual. The NTSB’s report did not verify whether that had been done with respect to the Islita airport, since investigators said there was no list naming the airports for which special training would be required.

The Caravan was powered by a Pratt & Whitney Canada PT6A-114A turboprop engine rated at 675 horsepower. It used a constant-speed, full-feathering prop, which had reverse pitch capability. The airplane had 12 passenger seats plus the two pilot seats. The airplane originally was given an experimental airworthiness certificate in 2001 because it was going to be used for research and development. An export application was filed in November 2011 showing Nature Air had bought it. In June 2016, it was issued a normal category FAA airworthiness certificate after having been shipped back to the U.S. In November 2017, it was again exported to Costa Rica, with Nature Air shown in official documents as the purchaser.

Records for the airplane showed that at the time of the accident, it had accumulated 12,072 hours in service with 20,813 cycles. The engine had accumulated 3,271 hours and 4,637 cycles at the time of the accident. Investigators noted that when the airplane flew into Islita to pick up passengers, it had suffered a bird strike that caused localized damage on the leading edge of the left wing near the landing light. A photograph taken by a passenger on the inbound flight showed that the landing light lens was cracked and the leading edge adjacent to the light was slightly deformed. The Safety Board reported that due to the localized nature of the damage, the airplane’s flight characteristics and controllability would not have been affected. A witness told investigators that the reason for the accident airplane not taking off until 15 minutes after the first 208B had departed was because the captain wanted to wait for a release from maintenance regarding the bird strike damage.

The wreckage had been removed from the accident site before the NTSB investigators arrived on-scene, but they were able to examine it later. It was broken into numerous pieces and showed extensive fire damage. No flight or engine instruments could be identified. Examination of the engine by investigators found evidence consistent with it having been operating at impact.

The NTSB reported that investigators did not receive information about the first officer’s medical history but did receive limited medical information about the captain. It showed that the pilot had a history of Type I bipolar disease, attention deficit disorder and a history of treatment with a sedating antipsychotic and antidepressant earlier in life. The NTSB reported that on his applications for Costa Rican and FAA medical certificates, he generally reported no visits to health care providers, no use of medications and no chronic conditions.

The NTSB determined that the probable cause of the accident was the flight crew’s failure to maintain airspeed while maneuvering to exit an area of rising terrain, which resulted in exceeding the airplane’s critical angle of attack and aerodynamic stall. Contributing to the accident was the flight crew’s decision to continue the takeoff toward rising terrain that likely exceeded the airplane’s climb capability, the lack of adequate weather reporting available for wind determination, and the lack of documented training for an airport requiring a non-standard departure.

One of the important lessons pilots should learn about operating around high terrain is to be conservative when making judgments about the aircraft’s ability to climb fast enough and at a steep enough gradient within the proper flight envelope to clear terrain. The terrain isn’t going to move out of your way, so you have to plan how you’ll get around it. Why the pilots of flight 9916 missed something so basic remains unresolved despite Costa Rica turning the investigation over to the NTSB.

General aviation accident prevention is the focus of our After the Accident articles. Read more here. 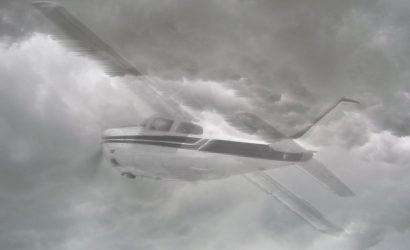