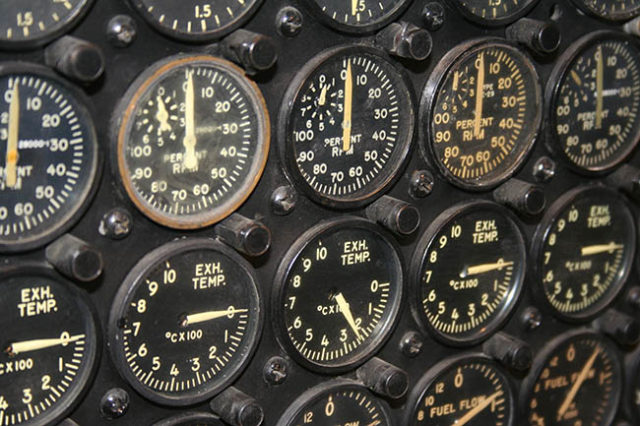 “Rules are made for people who aren’t willing to make up their own.”—Chuck Yeager

You’re a good stick. But your decision-making sucks. That’s what the instructor is likely thinking during your flight review. He’s probably not as worried about your steep turns or your stalls as you are. He may be slightly concerned about your flat landings. But what’s he really thinking? He’s mostly wondering what in the world you are thinking. Why did you continue on to land after the most ridiculous approach ever? Why are you surprised by the low cloud layer when you didn’t get a weather briefing or listen to the AWOS? Why are you totally unconcerned with the other aircraft in the pattern with you?

There is no shortage of acronyms in aviation, and the FAA’s curriculum surrounding aeronautical decision-making is no exception: I’M SAFE, PAVE, 3Ps, 5Ps, CRM, SRM, ADM, CARE…where do they even end? The number of acronyms and mnemonics and the extensive definitions of what seems obvious to most of us can be excessive sometimes, but there’s a reason the FAA keeps coming up with them: We keep crashing airplanes. And it’s almost always still our fault.

Poor risk management, improper planning and bad decision-making are still primary causes of almost all accidents and incidents. So before you go dismissing those acronyms as a silly micromanagement tactic on behalf of the FAA, as things that are so obvious they don’t apply to you, think again. These concepts definitely apply to you. And as an instructor who has seen a lot of poor decision-making, I’m going to side with the FAA here: Poor aeronautical decision-making is an actual problem, and you should make it your problem to solve. Being a certified flight instructor means that I get to see a variety of different types of pilots throughout various stages of their flying lives. Some are in training, some are newly minted certificated pilots, and others are commercial pilots with thousands and thousands of hours. Among a sampling of all of them, decision-making is still the thing that scares me. In just a few years as an instructor, I’ve seen the following scenarios first-hand:

An IFR pilot who needed an IPC hopped into the airplane, taxied out and almost took off into an active TFR. As the instructor, I stopped him only at the hold short line, and only to prove a very important point: He would have certainly been violated in a bad way.

A new private pilot texted to ask a question about the airplane. I commended his curiosity but through our conversation learned that he was about to fly home from a vacation at night, with a certain required equipment item inoperative, with passengers, without having flown at night in over a year. He wasn’t current and certainly wasn’t proficient at night. And his passengers were completely unaware of the risk. I had to convince him to spend the night.

A pilot needing a flight review set out on a cross country with the wrong identifier in for his destination, and he flew the magenta line in the wrong direction for about 25 minutes before I mentioned it. Who knows what airspace he may have inadvertently encroached upon had I not been there?

A student pilot texts, “weather looks great for a solo flight!” when there’s an impending thunderstorm and 30-knot winds coming because they’ve only looked at the current METAR and nothing else.

An aircraft owner with thousands of hours said after I told him I’m not flying in the gusty winds, “It’s only a 30-knot crosswind. I’ve handled worse.”

After a solo student cross country, the local fuel truck filled a Cessna 152 with 23 gallons of fuel, just 1.5 gallons short of full. He had landed with only 1.5 gallons of fuel, or about 15 minutes flying time at normal cruise speed. This was far less than the standard operating procedures required, much less than the required FAA fuel reserve, and much, much less than anyone ever should have upon landing. The student was completely unaware.

This is why the FAA makes rules.

This is why, in the absence of rules, you should make rules for yourself.

Mr. Yeager is right, my friends: If you don’t make your own rules, the FAA will make them for you. They’re just trying to save us all from ourselves.

Think you’re not one of these pilots? Think again. Challenge yourself to look closely at your risks each flight. Time and again, we see accident reports that prove that even pilots with thousands of hours make poor decisions: A pilot can’t handle the crosswind component and loses control during landing. Another continues VFR into IMC because he didn’t get a weather briefing. Another fails to accomplish a preflight and takes off with the control lock in place. Yet another pilot attempts aerobatics after a few alcoholic drinks. (All of those are actual NTSB reports, by the way.)

It’s not that pilots everywhere are blatantly ignoring the rules. It’s just that most don’t know what they don’t know.

By now you’ve probably heard of the Dunning-Kruger Effect. In 1999, social psychologists Justin Kruger and David Dunning studied college students and found that most people overestimate their skills and abilities in social and intellectual areas, while highly competent people actually underestimate their skills. The study, titled Unskilled and unaware of it: how difficulties in recognizing one’s own incompetence lead to inflated self-assessments, tells us that we don’t know what we don’t know. We only think that we do.

A summary of the research from Dunning and Kruger’s study on PsycNET.apa.org states the study found that we overestimate our abilities because of a dual burden we possess. The first part of this burden is that we tend to interpret information incorrectly and make bad decisions. The second part of this burden is that the same incompetence causes us to be totally ignorant of our own ignorance. We just don’t realize when we’re wrong. The good news? Dunning & Kruger also found that by consciously improving our skills and increasing our competence, we can be successful in recognizing our own personal limitations.

So what’s a pilot to do? Instead of writing off all of those cheesy decision-making acronyms, embrace them. (Go ahead, it’s okay.) Before your next flight, take a few minutes to ask yourself what you don’t know.

Go through the I’M SAFE checklist. Remember this cheesy checklist from your primary training? Illness, medication, stress, alcohol, fatigue, emotion. Problems with one or more? Evaluate your ability to fly more stringently.

Do a risk assessment—and do it on paper. How badly do you need to fly? How likely is it that your skills are not up to par? A fun flight around the pattern is a lot less important and easier to cancel than a medical flight to save someone’s life.

Write out personal minimums for yourself, and then use them. Don’t know what your personal minimums should be? Keeping the Dunning-Kruger Effect in mind, ask yourself what advice you’d give to your less-competent friends, and use the same.

Try out the 3Ps as a risk management tool:

Perceive—Identify the hazards with the pilot, aircraft and environment.

Process—Ask yourself how those things will affect your flight.

Perform—Implement the best course of action, not based on emotion or habit but on actual risk assessment tools.

And ask a lot of questions. Two heads are better than one, right? Don’t be afraid to ask people for advice (but be critical of advice that includes operating beyond your personal minimums.) Don’t understand a NOTAM? Call flight service and ask them about it. Wondering when the fog might burn off at an unfamiliar airport? Ask other pilots. Wondering how to navigate the restricted areas around your destination? Ask other pilots who have been there. Going it alone is almost certainly not the best option.

Hang around other pilots and fly with an instructor occasionally. Every time I fly with someone else, I learn something else. Flying with a lot of other pilots will open up your world to new ways of doing things, new knowledge and more experiences. It’s a no-brainer.

I can’t profess to be perfect in my own decision-making. But I’ve seen enough poor decisions made by pilots who think they’re doing a great job to know that it happens to even the most experienced pilots. And I know that I’m not immune. All we can do is stay humble, recognizing that we are likely to be part of the mass pilot population that is prone to the kind of incompetence that leads to poor decision-making. And we can at least make an attempt to allow the FAA to help us help ourselves by paying attention to—and utilizing—the risk management tools presented to us. In this case, the FAA really is just trying to help you.