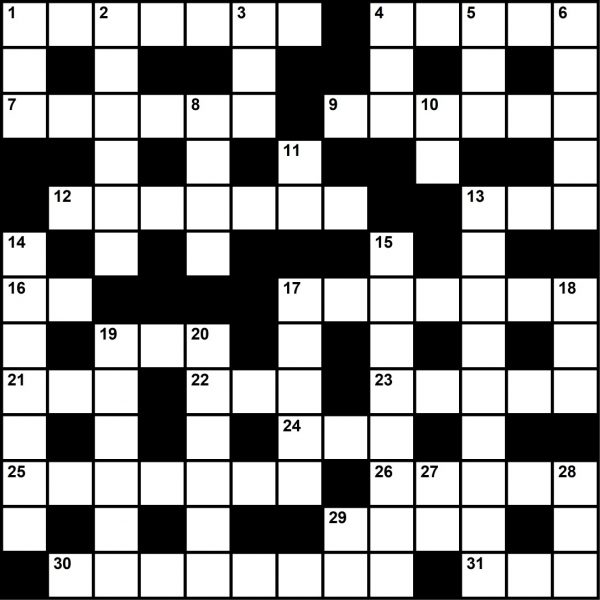 1 No rudder for this two-door charmer

7 Piper twin based on a Stinson

16 Radio or a convective storm, abbr.

22 Only six-pack instrument not required for IFR, abbr.

23 Around here, this always goes with “pilot”

25 TV show where the hero owned and flew Cessna twins

2 Airspace that used to be known as Positive Control Area, 2 words

5 Sch. whose mascot is Mike the Tiger, abbr.

17 What you do to determine compass accuracy

19 Less white and darker as clouds

20 What a smart pilot does with CB

27 Morse Code can be used to get this 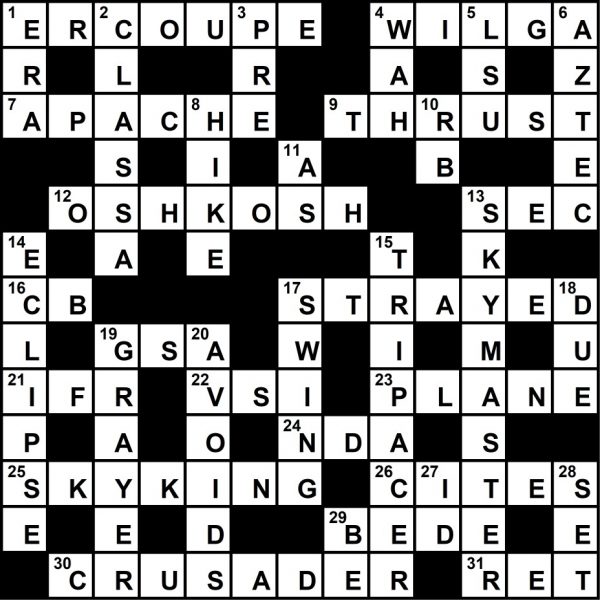