In terms of sheer numbers, the 172 is the most-produced plane in aviation history, making it, hence, the most popular Cessna ever. Numbers don’t lie, or at least they’re not lying in this case. So, the 172 must occupy the most legendary of lofty places in Cessna lore, right?

But such isn’t the case—not even close.

For the skeptical, let me ask a follow-up question: What’s the best-loved Cessna ever? I doubt that you jumped up and proclaimed, “The Skyhawk is!” Answers to that question usually cite the stately art-deco Cessna 195 or maybe the sleek and speedy Cessna 310 twin, possibly the cantilever-winged beauty Cessna called the Cardinal, or maybe even the rugged-and-ready Cessna 185 taildragger, all of which have rabid followings online and hugely popular fan clubs, too.

This isn’t the case with the 172, and for reasons that are actually pretty easy to pin down, though, again, no one really talks about any of them.

Oh, and a quick note here before aviation history buffs blow a cylinder: For the record, before 1961, there were no Skyhawks, just 172s, as the “Skyhawk” name wasn’t introduced until the turn of the decade, and then only as a branding term to highlight the fancier paint and decor of some 172s. At some point, even Cessna started calling them all “Skyhawks,” and today, almost everyone calls 172s of any vintage a Skyhawk or a 172 interchangeably, regardless of the trim level or model year. We’ll adopt that shorthand, as well.

So, what’s left to say about the Cessna 172 Skyhawk, the most-produced aircraft in history, one that has, as a model, amassed untold millions of hours behind the hands and (sometimes) feet of hundreds of thousands of pilots skilled or not-so-skilled? What more can be said about a plane that’s so ubiquitous that it makes up a big part of the very fabric of light plane aviation?

What remains to be said, as it turns out, is just about everything. That’s because the Skyhawk is so profoundly unremarkable that it seems to defy close  inspection, like the perfectly average-looking person who tends not to get spotted in the crowd. They seem invisible because there’s absolutely nothing noticeable about them. That doesn’t mean there’s anything wrong with them—quite the opposite. Their average appearance is a kind of perfection.

It’s a form of beauty that tends to go unnoticed, though. A former colleague once described flight reports on the 172 as somniferous. (Or it might have been “soporific” or even “soporiferous;” it’s been a few years.) The point was, such reports will make you sleepy. The act of flying a 172 might get you there, which, when it comes to an airplane aimed at no-time to low-time pilots, isn’t a bad thing—not the sleepy part, but, rather, the easy-to-fly part.

The truth is, I’m simply not sure what, in the grand scheme, to make of the 172, not the myth or the monolith but the airplane itself, the wings and windows and nosewheels, the flying manners of it, which is to say, the airplane itself divorced from its story. 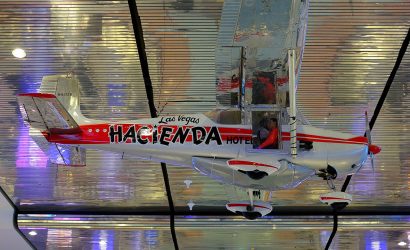