In some ways, the year 2019 was a remarkable one in aviation, but when it came to new plane introductions, it was, well, a continuation of a familiar trend. In the Part 23 world, there were no newly certificated planes, though at least one looks like an outside shot at getting approved by the end of the calendar year. Other emerging designs look as though they won’t make it. Some are being pushed out to 2020 and beyond, which is the way things are in the brave new world of airplane manufacturing.

The days are gone when each year brought a handful of clean-sheet airplane designs, high-flying models launched at Paris or Oshkosh (or Wichita or Vero Beach). Almost every new plane these days is a derivative of a former successful model. With the cost of designing, certifying and then producing a clean-sheet design being so astronomically expensive, while simultaneously the market for those designs has shrunk, it should surprise no one that companies overwhelmingly choose to rework existing designs instead of starting from scratch. This path not only cuts the risk of unpleasant surprises of the aerodynamic kind, but it also helps ensure a market for the new model—if the older version was a hit, then the new, improved one should make an even bigger splash. It often works exactly like that. And, to their credit, many of these updated models feature spectacular new capabilities, often as a result of incorporating a new safety system or powerplant upgrade.

Our first plane of the year, the Cirrus SF50, is a recent clean-sheet design. When it garnered FAA approval, it became the only certificated single-engine jet in the world and brought with that accolade a remarkably spacious cabin with out-of-this-world visibility and design, and flying manners so user friendly that it made good on the claim to be the jet that SR22 high-performance piston-single pilots could realistically and safely step up to.

The changes in the Generation 2 edition are far from cosmetic upgrades. The latest Cirrus jet features autothrottles, a higher ceiling (up to 31,000 and, hence, RVSM approval), an increase in range up to 1,200 nm, and an attendant boost in useful load of 150 nm on shorter trips. On top of that, the SF50 is faster, too. 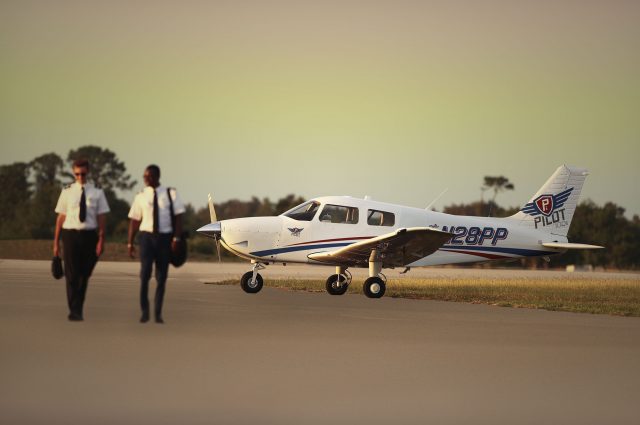 Our other Plane of the Year winner is as far from a clean-sheet design as imaginable, or very nearly so. The Piper 100 and 100i are based on the classic Piper PA-28 design, which the company has spun off repeatedly over the last six decades. The Piper is different, though, than any previous iteration in the way it’s outfitted. It isn’t the first PA-28 to sport a Continental engine, the Continental Prime IO-370-DA3A, which puts out, you guessed it, 180 hp, the same as the Lycoming IO-360 in the Archer model it essentially updates. The 100 and 100i (the “i” adds a back seat position and instrument capability) also boast the Garmin G3X Touch Certified, a development of Garmin’s award-winning flat-panel avionics for amateur-built and LSA aircraft, along with the company’s newly announced GNX 375 navigator and GFC 500 digital autopilot. The combination of the remarkably capable but less-expensive avionics and the new Continental engine allowed Piper to offer the 100 and the 100i for the retail prices of $259,000 and $285,000, respectively, which make them around $100,000 less expensive than the Archer they complement in Piper’s successful training lineup. That could translate to more trainers and more happy, successful new pilots. And who doesn’t like the sound of that?

Congratulations to our Plane of the Year winners!

Click the “Next” button below to see contenders for next year.