The AD is based on a Cessna service bulletin that calls for the inspection of the lower forward cabin doorpost bulkhead for fatigue cracking, saying that structural failure in this area could be catastrophic, as it could result in the failure of the wing strut attach point, which we can all agree would be a very bad thing. 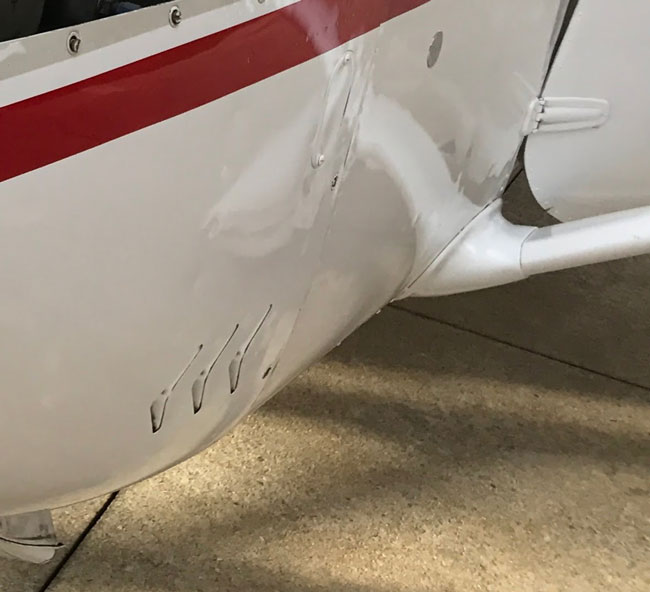 The good news is that this AD, if adopted, would be a survivable one financially speaking, especially compared to others that have affected older airplanes in the past. The FAA in its NPRM estimates that it will cost owners $127.50 to get the plane inspected and $2,992 for repairs, if needed.

The good news is that even though not much is known yet about the extent of the problem or the number of damaged planes, a Cessna maintenance expert we spoke with said that the planes affected are more likely to be those with high time and hard landings in their history, which will hopefully exclude a good percentage of the fleet not from the inspection, but from the repairs. Also, planes with less than 4,000 hours on the airframe would not be subject to the AD, so that will also provide relief for a subset of affected planes. Still, many of the planes targeted by the FAA in the proposal are older models, many or most of which will likely have a lot more than 4,000 hours on them.

Read the full text of the proposal here.