The week of Oshkosh AirVenture 2019 has come and gone. It was a spectacular week, with stories you’ve likely read and planes you might have seen. But this show, Oshkosh as we all still call it (even if “AirVenture” has grown on me), is so much more than news and planes, and to its eternal credit, EAA gets it. The organization, which started in a suburban Milwaukee basement, spends nearly the whole year getting its house ready for party guests who stay for an entire week. And it shows. The grounds are massive and the preparations required to open every inch of it on Day One, and to keep it running throughout the week, are nothing short of staggering.

And as you probably know, too, this year EAA had huge challenges to making that happen. The week before it opened the archway to attendees, Oshkosh got soaked. And by the time exhibitors were arriving to set things up, the earth was saturated, and even given good weather for doing that, and the weather was perfect, it still takes time for the ground to dry enough to move even small planes from one spot to another.

And EAA crushed it. To do this, it had to shut down the field for nearly all arrivals for the better part of three days, Saturday through Monday, and campers with their Airstreams and pup tents were put anywhere the ground was dry enough to accommodate their weight. Some passed the week encamped in available retail parking lots near the field. And the traffic getting into the show was terrible. But everyone was patient, and as Tuesday dawned clear and bright, it was easy to forget anything had ever happened. There was just so much to do.

I won’t go into all that happened at OSH. It’s not possible to discuss everything that happened there, but there were highlights, such as EAA’s salute to Apollo 11—its Eagle lunar lander touched down on the moon 50 years ago now. Michael Collins, who commanded the Lunar Orbiter for Apollo 11, was at the show and spoke in front of a sold-out house at the Theater in the Woods.

There were fighters everywhere, too, from current-day frontline planes—the F-22 and F-35 stealth fighters—to gorgeous ghosts from the past—Corsairs and Mustangs galore. And so much more. Check out our EAA Oshkosh AirVenture 2019 coverage on planeandpilotmag.com.

And when it came right down to it, Oshkosh was amazing because of the people who were there. It’s the one time we can put away the day-to-day details of life and obligation and live immersed in airplane culture. It truly is heaven on earth, as they say, though at OSH, there’s plenty of heaven flying just overhead as well. 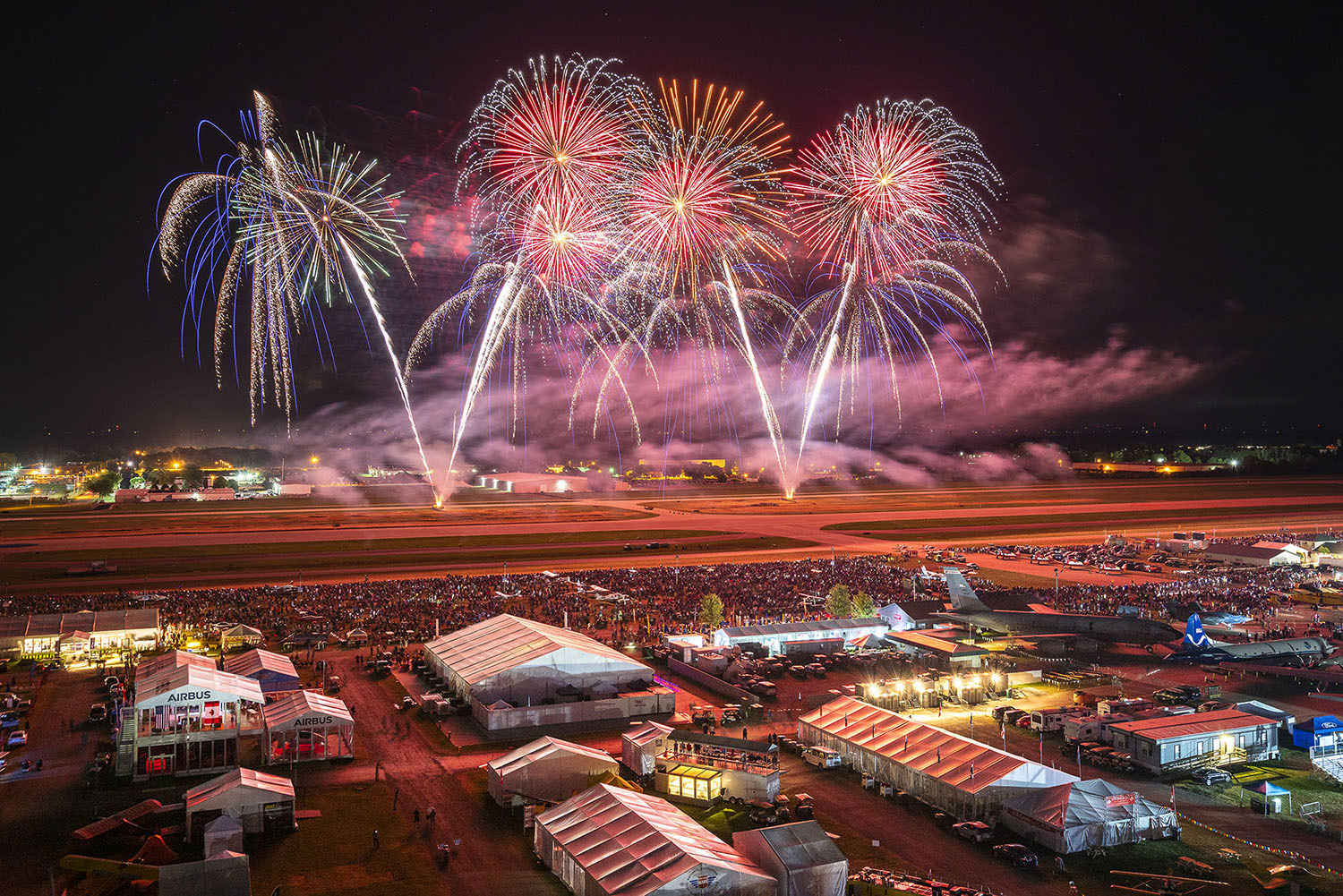