The Washington Post is reporting that a forensic researcher has analyzed photographic evidence of bones found on a South Pacific Island in 1940 and has concluded that they are the bones of Amelia Earhart, who was lost in 1937 along with navigator Fred Noonan in the South Pacific after failing to find their intended destination. 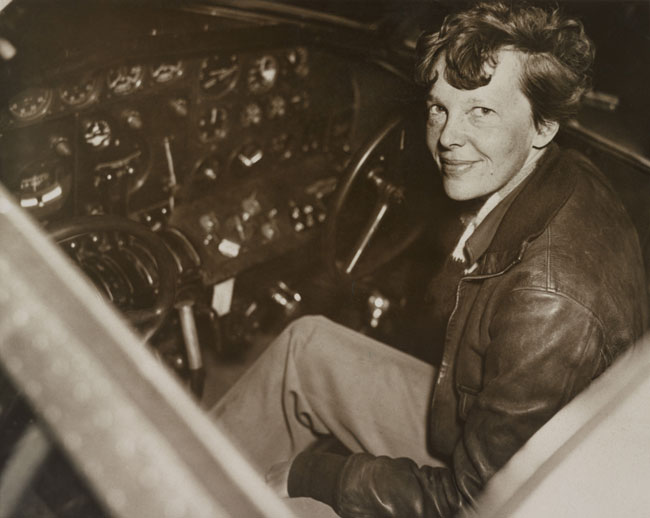 Hardly. The group behind the new findings is the International Group for Historic Aircraft Recovery (TIGHAR), an organization that has focused on the Amelia Earhart mystery, and has long held the theory that Earhart wound up on Gardner Island (Nikumaroro), where the bones were discovered. The theory is that Earhart and Noonan crash-landed near Nikumaroro when they were running low on fuel and unable to find their destination, Howland Island.

Over the past couple of decades, TIGHAR has conducted a number of expeditions to Nikumaroro but has turned up evidence that has been widely viewed as inconclusive, at best. A purported finger bone found by TIGHAR, for example, turned out to be just as likely a turtle bone.

The bones found in 1940 are different, in that they are clearly human remains. They were analyzed originally by a medical examiner who determined they were those of an adult male. The only evidence remaining of those bones are their measurements from the examiner’s notes. The bones were lost shortly after the initial examination.

Later, those findings were reanalyzed by a University of Tennessee anthropologist, Richard Jantz, who found that the bones belonged to a tall woman of European descent, which describes Earhart. The conclusion Janzt reached is that the only possible person those bones could have belonged to was Earhart. In 2016, another researcher with a background in computer science found that based on comparing the original analysis’ notes about the bones with photographic evidence of Earhart, the bones belonged to Earhart. That researcher is today a member of TIGHAR.

The software that Janzt used for the study is known as FORDISC. While it is widely used for forensic identification of bones and is used by the FBI, its admitted drawback is that it characterizes every find as belonging to the closest subgroup regardless of how strong or weak the correlations are. So the identification that FORDISC comes up with is largely suggestive, rather than conclusive.

The tragedy is that had the bones discovered in 1940 been preserved, it is likely that modern forensics methods might have provided a conclusive identification. These modern methods include the extraction from bones of mitochondrial DNA, which can more easily be sourced from older remains and can then be compared with known descendants’ DNA to show a match, or not. The disputed finger bone is reported to be under analysis now, and should it prove to be Earhart’s or Noonan’s remains, it will be a game changer. Until then, there doesn’t seem to be any credible evidence to support the Nikumaroro crash landing theory.