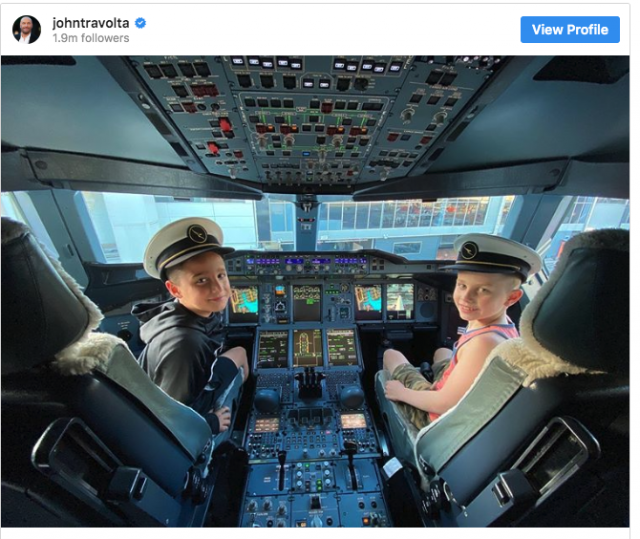 Well, as we pilots well know, he is, and he’s a really accomplished pilot too. For some time he’s owned a Boeing 707, which he kept at his Florida estate, which was outfitted, it goes without saying, with a world-class hangar home (hangar mansion?) and a long, long runway for the four-engine turbojet. And he’s also done training with Quantas in the Boeing 747-400. And lots more fun flying stuff, too.

Well, now that Travolta’s kiddo Ben (mom is actress Kelly Preston) is eight years old, and Travolta has given him the chance to fly a really cool plane, an Airbus A380! Okay, so the pic of the kid with the captain’s hat in the cockpit of the world’s biggest airliner is just for show, but is there any doubt that there are wings in his future too?

For now, we’ll just appreciate the pic and wish Ben a lifetime of blue skies, which he’ll very possibly witness from the best seat in the house, the left front one.