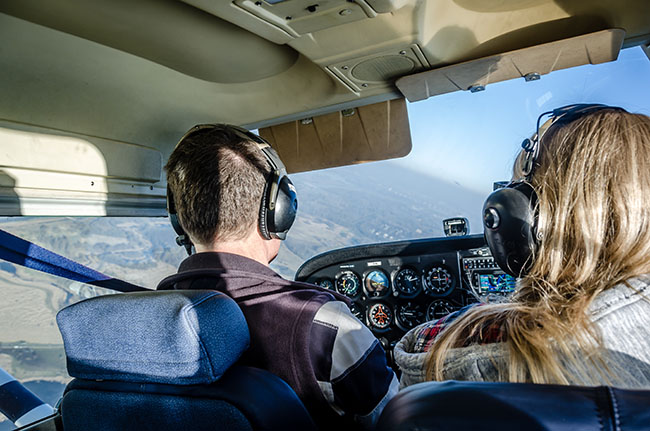 The biggest change that will affect most flight training providers is the matching of recently changed Airman Certification Standards (ACS) that removed requirements for demonstration of use of a complex aircraft on single engine commercial and CFI practical tests with the regulatory requirements for training. The new rule offers an alternative to meet the previously required 10-hours of complex aircraft training to be met by “any combination of turbine-powered, complex, OR technically advanced aircraft” (TAA). A TAA aircraft is defined as an aircraft that has “an electric Primary Flight Display (PFD) that includes at a minimum, an airspeed indicator, turn coordinator, attitude indicator, heading indicator, altimeter, and vertical speed indicator and an electronic Multifunction Display (MFD) that includes at a minimum, a moving map using Global Positioning System (GPS) navigation with the aircraft position displayed, and a two-axis autopilot integrated with the navigation and heading guidance system.”

The gist here is that most modern aircraft with two-glass panel displays and autopilots will now be acceptable to meet the training requirements for single-engine commercial and CFI pilot training and no longer require time to be spent in an aircraft with a retractable gear.

Additionally allowed in the new rule is the ability to log instrument training and/or currency time in appropriate simulator devices without the requirement to have a CFI present as long as a training record is maintained. This allows currency and some training flight to be conducted similarly to that which has been long allowed in an aircraft while utilizing a safety pilot.

Redbird Flight Simulations President Charlie Gregoire told Plane & Pilot that the changes were welcome and said, “We applaud the FAA’s commitment to common sense regulation that encourages the modernization of aviation training.  These changes will empower the industry to adopt technologies that enhance the safety of flight and enable on-going proficiency training in a controlled and cost-effective manner.  We anticipate these changes will have a positive impact on General Aviation safety for years to come.”

There are a number of less broadly impactful changes that range from allowance of some instrument flight related training provided by sport pilot CFIs to be applicable to more advanced ratings and certificates, to requiring that an instrument only flight instructor have that privilege on their multi-engine CFI certificate when providing training in multi-engine aircraft, to providing military instructors two options for reinstatement of expired CFI certificates. Many of these are largely administrative changes, but for some impacted parties, can represent significant reprieves from previously more burdensome regulatory requirements.

Overall, the changes in this NPRM are expected to provide some regulatory relief and open some new options for training and certification practices. The industry is glad to see this rule finally published after it’s much awaited delays caused by the FAA budget approval process in Washington.

The full text of the published rule can be found here.