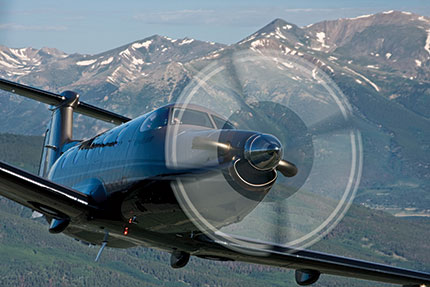 One of the realities of delivering corporate airplanes for part of your living is that you don’t get every job you bid. For a variety of reasons (many of which have nothing to do with price), you’re lucky to be awarded one out of 20. Some jobs just go away because the planned delivery never happens. Others get assigned to someone’s brother-in-law who used to fly fighters in Korea, and still others wind up flown by a factory pilot. I probably realize less than 5% of my bids because I’m becoming pickier (i.e., more expensive) in my bidding after 30 years. The older I get, the better I used to be.

One trip I sincerely regret missing out on entailed taking a new Pilatus PC-12 from Connecticut to Ulan Bator—yes, I had to look it up. Turns out it’s the capitol of Mongolia, and the trip was supposed to take place in the early summer of 2001. It was planned for a far northern, semi-great-circle route, about 6,000 nm, with refueling stops in Churchill, Manitoba, Canada; Fairbanks and Nome, Alaska; Petropavlovsk, Kamchatka, Russia; and probably someplace else with a name I can’t spell. For a combination of reasons, the ferry flight never happened. Spilt milk, I guess. Trips such as that don’t come along very often.

So here I am in Broomfield, Colo., seven years later, snug in the left seat of the newest PC-12 NG with Peter Duncan, chief pilot for Pilatus Business Aircraft Ltd., North America, riding shotgun to protect me from evil. In truth, there really isn’t any evil associated with this airplane. It’s comfortable, totally without artifice or deception, friendly in every mode and an easy machine to transition into. It’s about as close as you can come to a giant panda with wings. Pilatus Manager Mike Haenggi and Pilot Journal photographer Jim Lawrence luxuriate in the back in a vain attempt to bring gross weight closer to some representative number.

Though this is a finished airplane, most of the PC-12s in residence in Broomfield aren’t. The planes are flown in “green” from Stans, Switzerland, sans paint and interior; they’re then configured to customer demands in Colorado.

Before our flight, Duncan and I walked around the airplane, discussing the old and the new of Pilatus’ corporate turbine single. There was plenty to discuss. The new PC-12 is a much improved version of the airplane I flew for this magazine’s premier issue in 1999. That model was a capable load hauler, but the new version is better in a variety of ways, and only one of those improvements is the new, all-glass Honeywell Primus Apex avionics.

Still, Apex is perhaps the most impressive aspect of the new airplane. Pilatus looked at a variety of options before choosing a glass panel for the PC-12, and the Apex is indeed talented, playing through four 10.4-inch displays. This is more typical of a midsized jet system than a turboprop single.
Advertisement

Describing an avionics operating system in print is a little like trying to learn brail by reading about it, but the Apex is about as intuitive as they come. This is avionics by computer, and if you have a semblance of computer smarts, you’re bound to catch on quickly. Electronic charts, XM Weather, synthetic vision and the gamut of readouts make the Apex multi-capable. Entries are through a keypad and transferred to the specific box. If you have even modest facility with the Garmin G1000 system, Apex won’t present any special challenge.

Considering the limitations inherent in FAA-certification requirements, the changes labeled “Next Generation” on the 2009 PC-12 represent a veritable thunderclap of innovation. Pilatus apparently listened to its customers and made enough improvements to make the PC-12 NG a different airplane in essentially the same skin.

Typical of so many Swiss products, the PC-12 is beautifully constructed, exquisitely appointed and heroically designed. If you have any engineering experience, you can’t help but shake your head in wonder at the airplane’s remarkably intelligent systems design.

Max cruise power is still 1,200 shp, and the engine maintains it to a higher altitude, resulting in better cruise numbers. At just under 10,500 pounds max ramp weight, the PC-12 is far from overpowered. Rather, the match of horsepower to airframe seems about right.

If you compare the old PC-12 with the new, you’ll notice the winglets are notably different. Pilatus optimized the tips, switching from the first-generation, tall, vertical winglets of old to the newer, shorter, angled, blended shapes that integrate nicely with the radar dish out on the right wingtip.

Inside the cabin, the new interior is the result of a collaboration between Pilatus and BMW DesignworksUSA. As you might expect in a $4 million airplane, the interior is about as luxurious and comfortable as it’s possible to make. There’s plenty of room for passengers to unwind in back. The cabin is five feet wide, broader than in some medium jets, and you can choose from a variety of wood veneers, fine leathers and audio/video options to suit any taste.

Flying from Rocky Mountain Metropolitan Airport on a warm afternoon, density altitude was probably at least 8,000 feet, yet the PC-12 settled easily into an 1,800 fpm climb at 140 knots. ATC stepped us up to altitude so we couldn’t time a continuous climb, but the book boasts of 30,000-foot climbs in 26.5 minutes in ISA conditions, and I believe it. (All PC-12s are RVSM ready, by the way, though few pilots operate above FL280.)

Max cruise numbers sometimes mean more to piston pilots than to turboprop and jet aviators, primarily because the fuel burn can be disproportionately cheaper on turbine engines at lower power, and the difference in cruise numbers may not be that significant. Level at FL270 with everyone breathing 8,500-foot air (max pressurization differential on the PC-12 NG is 5.75 psi), we saw 275 knots, about five knots better than book, meanwhile burning 375 pph. That’s slightly faster than book speed on less than book fuel burn, a combination that’s hard to beat.

Range/payload is where the PC-12 truly shines. This is a long-range airplane by any definition, with or without a big cabin payload. When I was considering the solo flight to Mongolia, it was encouraging to know the 402-gallon fuel capacity was more than adequate for the long legs involved.

If you’re willing to settle for 218 knots at the 30,000-foot service ceiling, you can enjoy a burn of only 279 pph. Your endurance at FL300 is nearly eight hours plus reserves, worth almost 1,700 nm between pit stops. That’s a 22% reduction in cruise speed in exchange for a 43% improvement in fuel burn. That should make sense to any executive with an eye on the bottom line. 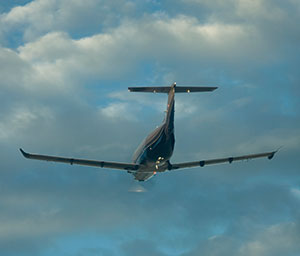 All the same, time is money in this airplane, and many PC-12 pilots think nothing of loading up with six to nine passengers and then choosing a setting halfway between the two extremes above; they’ll still enjoy block speeds of 230 to 240 knots in exchange for perhaps 350 pph. In piston speak, that’s 52 gph, about 4.5 nmpg, but you could be transporting the entire first-string Los Angeles Dodgers plus a batboy in the bargain. It’s true the PC-12 isn’t exactly “bonkers fast” like the TBM 850 (310 knots cruise) or Epic Dynasty (330 knots cruise), but those are pure six-seaters. What you sacrifice in pure speed, you more than make up for in payload.

Whatever the weight, the PC-12 handles it better than ever before. That’s because Pilatus has made a major improvement in roll response. When I flew the original airplane a decade ago, I felt that aileron effectiveness was somewhere between heavy and ponderous. It’s true the Pilatus is a large machine that doesn’t lend itself to light controls, but the current PC-12 handles far better than the original, with anti-servo tabs on the ailerons providing significantly lighter roll forces and what at least feels like a quicker rate. There’s certainly no question you’re directing more than five tons of airplane around the sky, but the PC-12 NG nevertheless maneuvers with panache.

That becomes especially significant when it’s time to return to earth. As with most turbines, the trick is to stay as high as possible for as long as possible, then descend with dispatch. That often means with the thrust lever at the backstop and nose pointed downhill at 1,500 fpm. The PC-12 doesn’t employ speed brakes, because it doesn’t need them. Simply reduce thrust to idle, and the big single will descend like a falling Baldwin. Planning pattern entry or joining an ILS is no tougher than programming a Mirage or P210 for landing. Prop rpm remains 1,700 for the entire flight, and you need merely adjust the thrust to home in on the proper power setting.

If patterns are relatively idiotproof, landing characteristics are even more benign. Vso at max takeoff weight is a low 66 knots, and that means you can trundle down a VFR final at 80 knots without violating the 1.2 Vso rule. Veteran PC-12 pilots like Duncan report that 100-knot approaches work perfectly in the clag. The flare is easily predictable, and you can plant it on the mains and stop in a hurry, with or without help from beta.

The trailing-beam gear is famous for cushioning the most ham-handed efforts, and even without finesse, the airplane will grind to a stop in less than 2,000 horizontal feet. If you do use beta, it’s considered poor form to maintain it below about 40 knots. Above that speed, there’s almost no possibility of ingesting any FOD material, even on a rough gravel strip.

The day after our evaluation flight, it was time for the air-to-air photo session, and mine was the cushy job, especially in view of the PC-12’s improved aileron response. We flew to Leadville, the highest municipal airport in America. Leadville is 10,000 feet closer to the sky than the sea, technically perched 9,927 feet tall in the Colorado Rockies. Our photo ship was a defenseless Skylane RG, 30 feet ahead at two o’clock, with our photographer pointing his Canon in my direction as we gradually lofted above the big rocks. The long, hot climb wasn’t a problem for Duncan and me with 1,200 hp out front, and pressurization, air-conditioning and peeled grapes in the back. Fortunately, I only write the stories these days. I no longer have to shoot them as well.

The PC-12 NG is targeted at companies or individuals who need a choice of lots of seats, seats and cargo, or a huge cargo area (along with a forklift-loadable door in back), 270-plus-knot speeds and the reliability of Pratt & Whitney’s near-legendary turbine engine. So far, some 200 folks have anted up for the newest PC-12, roughly $800 million worth of airplanes.

It’s true there’s only one turbine out front, but in the case of the PC-12 NG, that’s all you need. 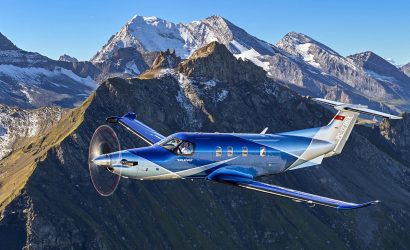