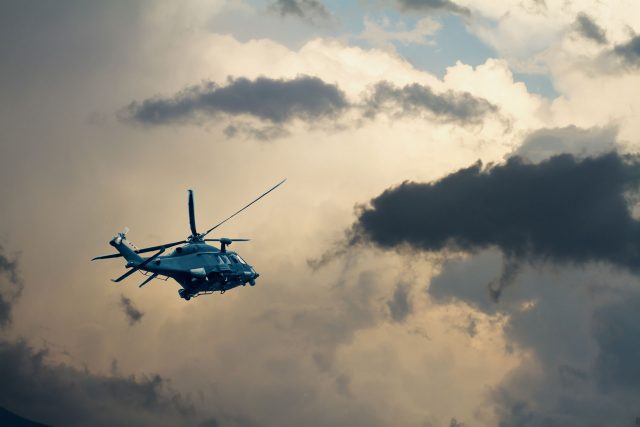 Over the past 24 hours, new details have emerged in the crash last Sunday of a helicopter in Southern California that killed former basketball star Kobe Bryant, his teenage daughter Gianna and seven others. Those details bring into sharper focus the challenges the mission faced and why its outcome was so tragic. And in the process, three main theories have emerged.

First, the background. The flight of the Sikorsky S-76B (normally configured for between five and 8 passengers plus pilot in an executive layout) departed Santa Ana John Wayne International in Orange County in good weather that morning at 9:06 and proceeded northwest toward Los Angeles. It then hit a roadblock as Burbank tower required the flight to hold for 11 minutes while planes going around cleared the pattern. Those aircraft flying missed approaches were doing so because the weather was so low at Burbank they couldn’t legally (or otherwise) land there. After Burbank cleared the S-76B through its airspace, it then contacted Van Nuys, which cleared it though that Class Delta airspace, too–its weather was better than Burbank’s. The pilot requested and was given a Special VFR clearance, which is pretty standard operating procedure despite the way the name sounds. He proceeded north and then west, hugging the 101 Freeway on the way to Thousand Oaks. At one point after requesting VFR flight following, the helicopter turned south toward steeply rising terrain. It climbed briefly then entered a steep dive, crashing at a high rate of descent and at a high rate of speed. All aboard suffered fatal injuries.

Theory One: Loss of Situational Awareness: The pilot flew into clouds, lost his way and crashed while trying to avoid terrain and figure things out. This will almost certainly be the top theory of investigators as they sort out the details. The helicopter as a VFR flight should not have been flying in such weather. On an IFR flight plan, things would have been different. The pilot would have been flying higher, he would have gotten specific clearances from ATC that would have kept the aircraft high above obstacles and the flight would have been handled until just before its planned touchdown at Kobe Bryant’s Mamba Sports Academy in Thousand Oaks, California.

Theory Two: Loss of Control: The pilot lost spatial awareness then control of the helicopter and crashed into the terrain. Based on flight records, this is almost certainly true. But it begs the question, why did he lose control, which is better explained by Theory One.

Theory Three: Stall: The pilot stalled the helicopter. Realizing he was too low, the pilot could have attempted a climb that was too fast too soon and stalled the helicopter. If this is so, it was most likely what’s known as a rotor stall, in which the rotor rpm get too low to support the weight of the helicopter, which then falls to earth with almost certain fatal results to all aboard. An RPM stall is difficult or impossible to recover from.

The conclusion will very likely be some combination of these three. It’s highly unlikely the cause will be mechanical, as all indications point to pilot aeronautical decision making (ADM) and the subsequent loss of situational awareness and control of the helicopter, regardless of how that control was ultimately lost.

The NTSB posted footage of the crash scene to its YouTube page, which you can view here. Parts of the footage are graphic and may not be suitable for all. Please view with caution.